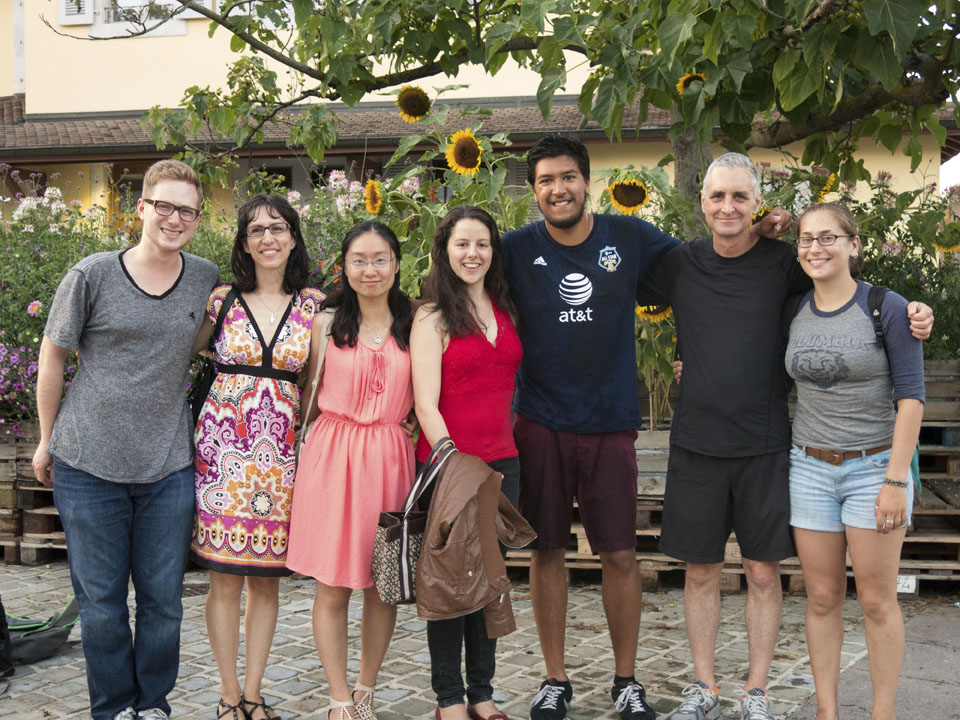 Sixty-eight years after the Manhattan Project, something nuclear is reacting in Pupin once again.

The K=1 Criticality Project, or K1, lead by physics professor Emlyn Hughes, GSAS '87, and chemistry professor Ivana Hughes, is a student think tank focused on nuclear energy and nuclear weapons. The goal of the project is to collect and disseminate research on these topics, which the K1 team approaches primarily by collecting research and creating short films.

K1, which is currently a summer study group on nuclear proliferation issues, attracts a diverse group of students—those involved with the project are majoring in everything from economics to philosophy. Ivana said she plans to take the same broad approach when recruiting professors.

"I think there are a lot of avenues for collaboration," Ivana said. "We've always been interested in having students involved in different fields and just kind of increasing that sphere of influence through working with professors."

However, the heart of K1 is and always has been the students. Though a center is definitely in the works, it will be the students who are the ones to dictate its focus.

"I really do think there's so much room for the project to grow, and in some sense, which of those aspects of things we wish to do in the future take hold and become major components of the program is going to continue depending on who the students are and what their interests are," Ivana said.

Lauren Chadwick, CC '15, was one of the six students who worked with Emlyn in the first summer program in 2011.

"We were faced with the challenge of thinking through some of the world's biggest problems and trying to find ways to entice audiences with them. We had to think through the intellectual side of nuclear energy and disarmament in order to educate people, but also through the interesting side of it in order to hook an audience, to captivate them into seeing the problems that we face," Chadwick said in an email.

Three years after the project stared, the professors are preparing to apply for K1 to become an official Columbia center. If and when that happens, K1 will be able to expand its physical presence into Pupin and offer classes, as well as collaborate more ambitiously with other faculty.

The 2011 summer program culminated in the creation of the K1 website and a documentary called "Chain Reaction". In the summer of 2012, Emlyn, Ivana, Chadwick, four other CC students, and one NYU student travelled to Europe to continue building their website and produce a second documentary. With CERN as their home base, the team traveled to England, France, and Germany to discuss nuclear issues with the world's experts and compile footage. Their stay in Switzerland overlapped with the Higgs-Boson discovery, which added even more excitement to their whirlwind summer.

"I don't think I've ever seen a room of physicists be so happy as I did that summer," Dan Listwa, CC '15 and one of the students on the trip, said. "What we were really doing was not so much working on particle physics but on the political issues relating to the research on nuclear energy," he added.

The K1 team approached their 2012 documentary with the effects of the Fukushima Daiichi nuclear accident in mind.

"That was really creating an uproar in Europe and Japan ... which are both parts of the world that, more than the U.S., have a large focus on nuclear energy," Listwa said. "We just talked to a lot of individual officials about how the world was reacting—what was it going to mean for the future of energy?"

Chadwick emphasized the creative side of K1's work.

"In spite of its political science and physics focus in terms of education, this project was essentially a film project, and from there the most rewarding experience was working one on one with Swiss actors and trying to tell a story," she said.

Along with producing films and aggregating content for the website, K1 has also held panels and film screenings throughout the year. Ivana said she hopes to expand the project's campus presence through further events, as well as formalizing it as a center.

"In my mind, the project is really still sort of a toddler. It can walk, it can talk, buts it's still very, very much trying to figure out what it is and really being shaped so much primarily by the students who are involved with it," Ivana said. "So we've had some public events, which have been a lot of fun to work with the students on and also very successful ... but at the same time it's really something that's very much evolving and being shaped."

"It has a lot of potential to go in different directions in terms of this intersection between educating students and the local Columbia community on this issue, and also how we can reach out to the public at large and other interest groups," she added.

Chadwick said she's excited about growing K1 on campus and beyond.

"Expanding the project was always our main goal," she said. "K1 is first and foremost an education project, which means that we want to influence how people see these questions of nuclear energy and disarmament."