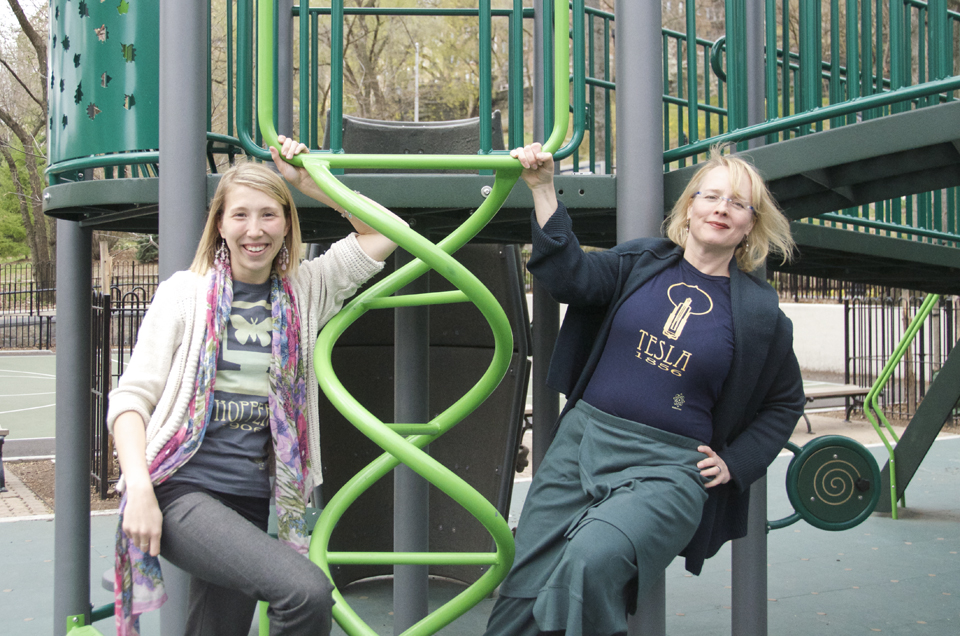 If Christine Kovich's vision goes according to plan, a new generation of young scientists will come out of West Harlem in the next few years.

Kovich thought that the initiative paired well with Harlem Biospace, an incubator for biotech startups that she co-founded with her husband, Columbia biomedical engineering professor Sam Sia.

The initiative includes elementary-level programs with weekly lab hours for Teachers College Community School first-graders and a summer science program that will begin in July. The program also includes a club to teach elementary school girls about science.

"It's starting at a very early age to introduce the scientific method, from hypothesis to gathering the data to coming to your conclusion, so we start kids thinking in that sort of systematic way, and we're introducing concepts to them that they wouldn't otherwise encounter in the curriculum," Kovich said, adding that 40 percent of the students in New York City schools score below a basic level on their required fourth-grade science exam.

HYPOTHEkids currently holds one in-school and one after-school lab hour per week for first-graders at TCCS, with a different theme for each session. The emphasis, Kovich said, is on experiments that allow the students to produce something tangible—for example, extracting iron from cereal.

Program director Erika Gillette, who co-founded HYPOTHEkids and designs the lab hour curriculum, said the most meaningful part for her is encouraging discussion of science at home.

"They ask me if they can take whatever they made home. That's what we want them to do, we want them to take it home and share with their parents their work," Gillette said.

Past lab hours have touched on everything from magnets to concentration strips to Newton's laws. The students, dressed in white lab coats, follow the scientific method and begin by developing their own hypotheses.

Kovich hopes to expand the lab's program to grades kindergarten through third grade next year, and possibly to two or three other schools, though they have to consider the amount of help they would need from faculty from the School of Engineering and Applied Science, certified teachers from Teachers College, and high school volunteers from Columbia Secondary School.

Kovich also has plans for the tuition-based Summer Science Program, available to students in kindergarten through fifth grades, which will take place at the Dwyer Cultural Center. Kovich hopes students will go on field trips to places such as the New York Hall of Science, the American Museum of Natural History, and Google, a HYPOTHEkids sponsor.

"I was always under the notion that this would be a huge challenge. It was really interesting in the sense that people really dug their teeth into it and were really off to the races in terms of solving these problems that were presented to them. What's to say you can't do this with even younger students?" Kyle said.

The Hk Maker Lab, a six-week summer program, is considering applications from students from Title I high schools, where the majority of students qualify for free lunches, and more generally, students at or below the poverty line.

Kyle described the lab as an "immersive design experience," that will include lectures on the engineering process and basic skills labs. It will culminate in a final project and "Pitch Fest," with the potential for further development through the Biospace and the department of biomedical engineering.

Denarius Frazier, a biotechnology graduate student at the Graduate School of Arts and Sciences, hopes to encourage students to explore and tap into their creativity through HYPOTHEkids.

Gillette says that her favorite part of the HYPOTHEkids lab hours comes at the end, when the first-graders get loud. "They break out into a chant that says, 'I love science! I love science!'" Gillette said. "It's the craziest thing."