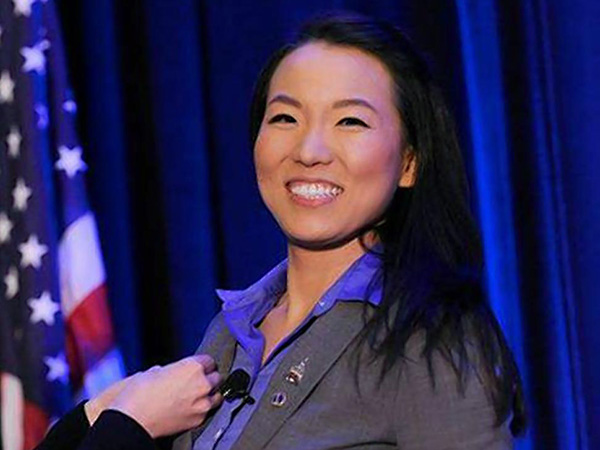 Jiwon Lee, a student at the College of Dental Medicine, was first reported missing on April 2.

Police announced Sunday that a body found in the Hudson River was identified as Jiwon Lee, the Columbia Dental student first reported missing on April 2.

A New York Police Department spokesperson confirmed early Monday morning that Lee had been found on Sunday afternoon. The cause of death was blunt injuries to the head and the manner of death was suicide, Julie Bolcer, Director of Public Affairs at the NYC Medical Examiner's Office, confirmed Tuesday.

According to the New York Daily News, she was wearing a sweater, underwear, and boots and was floating in the river off of West 86th Street. The Daily News also said that Lee had suffered from depression and attempted suicide before she disappeared.

On a GoFundMe page originally set up by her brother Matt to raise money for a private investigator to look into Lee's case, Matt posted, "Thank you for your continued prayers, donations, and support. Unfortunately, Jiwon, beloved daughter, sister, and friend has gone on to a better place. Our family thanks you at this time for respecting our privacy. We are currently planning a memorial service to honor Jiwon and will post further details as soon as possible."

The GoFundMe page raised over $87,000 as of Sunday, and in a post in early April, Matt Lee said that he had been in touch with Irma Rivera, a former NYPD homicide detective, to look into his sister's disappearance.

An email sent by College of Dental Medicine Associate Dean of Admissions Laureen Zubiaurre Bitzer, Vice Dean for Academic Affairs Letty Moss Salentijn, and Dean Christian Stohler on Monday morning said that school officials had been in contact with Lee's family to provide support and assistence.

"We wish to convey our heartfelt condolences to the Lee family for their terrible loss and ask that you keep them in your thoughts in the days ahead," part of the email said. "Jiwon was a talented student, committed to the care of her patients, and one who enjoyed helping out her classmates. Her passion and energy were infectious."

Lee served as president of the American Student Dental Association last year and served as a student representative on the Joint Commission on National Dental Examinations from 2011 to 2014.

Lee was also a comedian who performed on Comedy Central's 2007 Open Mic Fight and in various New York City comedy clubs like Stand Up NY, Comix, and the Laugh Lounge. After news of her disappearance went public in April, many prominent New York City comedians, including Max Silvestri and Giulia Rozzi, tweeted to ask followers to look out for Lee.

Walk-in hours at the Columbia University Medical Center's Center for Student Wellness are extended until 8 p.m. on Monday. Mental Health Services at CUMC also have walk-in hours available from 1 p.m. to 4 p.m. on Monday and from 8 a.m. to 1 p.m. on Tuesday.