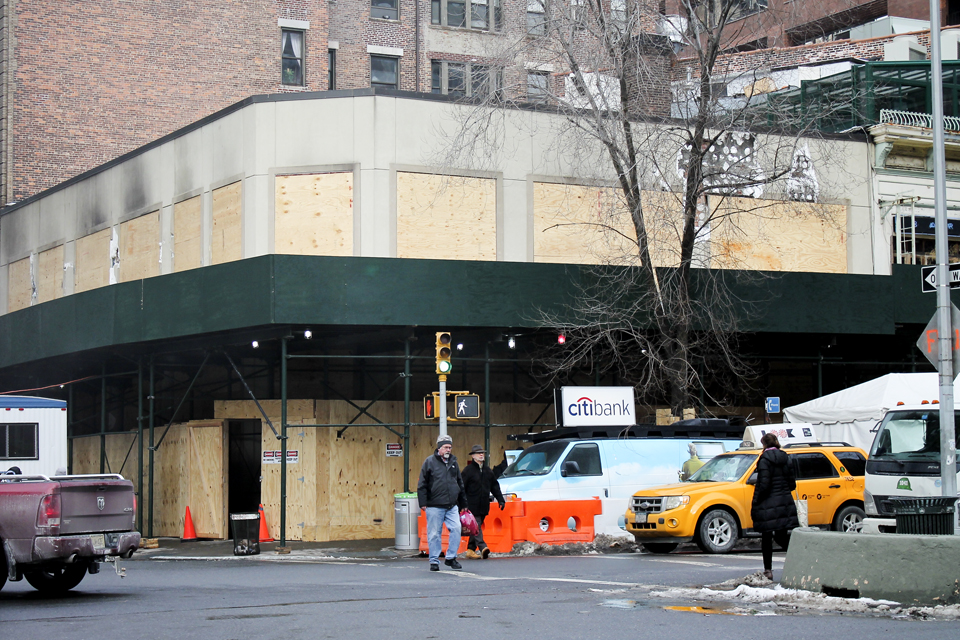 The Citibank branch on 111th Street and Broadway that was destroyed by a fire in January will temporarily move across the street to the storefront formerly occupied by Village Copier.

The 111th Street Citibank destroyed by a fire in January will move into the former Village Copier store at 112th Street and Broadway in August—but only temporarily.

Deirdre Leahy, a Citibank spokesperson, said in an email that the bank has "plans underway to rebuild and reopen the branch damaged in the fire as soon as possible, but unfortunately that will take some time."

Leahy didn't provide a date for when the rebuilt branch would open.

"Citibank has a long history of serving the Morningside Heights and Columbia communities, and we remain firmly committed to the neighborhood and our area clients," she added.

On Jan. 11, a six-alarm, daylong fire caused extensive damage to the bank's previous branch at 111th Street and Broadway. After the fire, there was initial uncertainty over what would become of the damaged building—some locals expressed concern that the site owner might sell the lot to a developer to build apartments.

Village Copier, which has another location on Amsterdam and 118th Street, closed its Broadway store two weeks ago.

Manager Mary Seidner said on Wednesday that there is a plan to expand the Amsterdam store, and that Village Copier is just waiting for permits.

"We felt it was prudent to consolidate into one rather than two since they were so close to each other," she said, adding that the owners made the decision when their lease ended earlier in May.

"We're increasing our color capabilities in terms of oversized and high-quality digital presses," Seidner said. "We'll be expanding to various medias and colors."