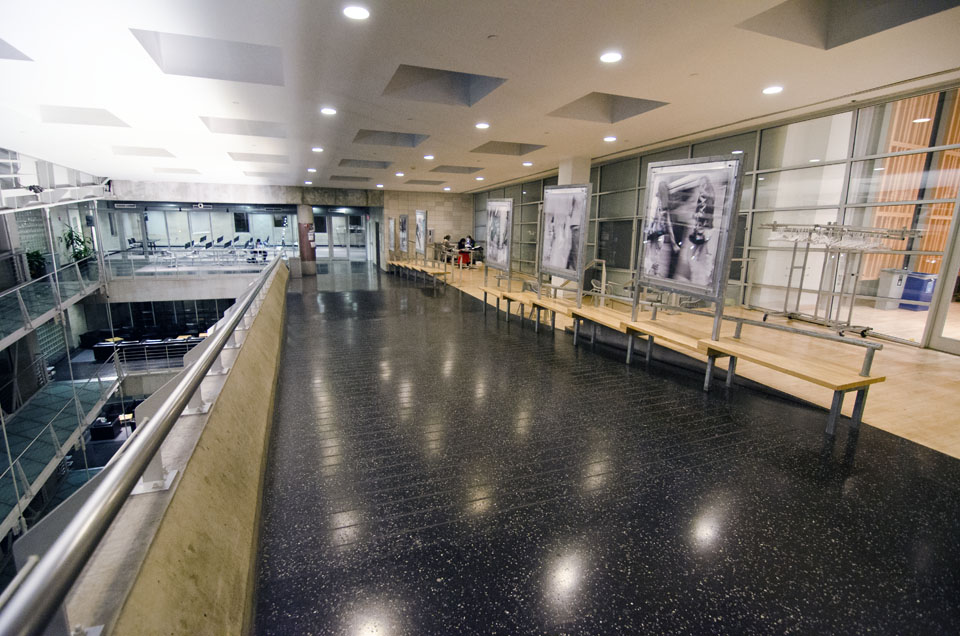 Student groups are looking for new meeting space after boardrooms on the fifth floor of Lerner Hall were repurposed into health offices this summer.

Student groups and councils are looking for new meeting space after boardrooms on the fifth floor of Lerner Hall were repurposed into health offices this summer.

Go Ask Alice! offices began to move into the fifth floor boardrooms at the beginning of the summer to accommodate the Sexual Violence Response's additional location and new 24-hour on-call service, which will take over Alice!'s former space on the seventh floor once renovations are completed in August.

But the move has eliminated boardrooms—common meeting spaces for many groups on campus—that students had already reserved for use during the upcoming semester.

"It seems like this was a much-needed change, and it does seem like Lerner would be a great space to accommodate the new office," Engineering Student Council President Brian Wu, SEAS '15, said. "At the same time, there are going to be negative impacts for student groups in that there's going to be a reshuffling of calendar spaces already in the boardroom."

University President Lee Bollinger announced in May that the Rape Crisis/Anti-Violence Support Center—part of Sexual Violence Response—would open a second location in Lerner, in addition to its location in Hewitt Hall. A statement from Campus Services said that administrators chose Lerner because it was accessible, while also private.

The announcement followed a year of activism from students who said that the center was not accessible because of its limited hours and its location within a Barnard dorm—non-Barnard students have to present an ID and announce their intention to visit the center.

Wu and Columbia College Student Council President Peter Bailinson, CC '16, said they only found out about the changes to student space last week, and have since been in discussions with Campus Services and University Events Management to find alternative meeting space.

Vice President of Campus Services Scott Wright is out of the office until August 11 and was unable to comment for this story. Joe Ricciutti, the head of University Event Management, did not immediately respond to requests for comment.

Rooms in Broadway and Schapiro residence halls are being considered as replacements for the boardrooms, Wu said. Campus Services told Wu that an agreement with Public Safety would be in place to allow commuters and students from Barnard and the School of General Studies to sign in for club meetings.

A statement from Campus Services said that additional meeting space will be available in the Student Development and Activities Office on the fifth floor of Lerner and that furniture from the boardrooms has been moved into the West and East Ramp Lounges to create more meeting spaces.

"We hope these spaces will be well utilized and helpful to students as meeting space in place of the 5th floor conference rooms," the statement said.

"The move is not temporary. The decision was made after careful consideration of needs clearly articulated by students and a survey of available options," the statement continued. "As the new academic year gets underway, we welcome student feedback and continued discussion on balancing meeting space and student resource demands in Lerner and other campus buildings."

Despite the invitation for future feedback, Wu and Bailinson said the groups that have reserved the boardrooms for the fall haven't yet been informed of the changes.

"Because a lot of groups have actually been able to precalendar spaces at the end of last semester, we think our first priority should be taking care of those groups," Bailinson said, adding that the councils have been in touch with University Event Management to discuss how to inform student groups about the renovations.

"Why I was so concerned when I was talking to student leaders was the lack of communication," Lee said. "It's August, we hadn't heard from anyone."

Lee said that ABC's board regularly used the fifth-floor boardrooms for meetings and had precalendared the space for the fall.

Student Governing Board Chair Fatimatou Diallo, CC '15, said in an email that at least half of the SGB's groups use the boardrooms for meeting space, and that she anticipated challenges with reserving space in the fall.

"I think this will add to the chaos that is already space booking through UEM," Diallo said. "We already have issues with missed bookings/wrong bookings and this will just intensify the feelings of frustration that the members of groups have shared with us a countless number of times."

Bailinson said the councils are optimistic about finding new meeting spaces for groups, and that CCSC is hoping to find space similar to the boardrooms.

"A lot of us within the councils that have discussed this are actually pretty excited about having this as an opportunity to talk about maybe opening up some new spaces that either haven't been available to students before or haven't been reservable before," Bailinson said. "So whether those spaces be elsewhere in Lerner or somewhere in a similar location, I think our goal is to just make sure that an as similar space as possible is available to groups."

But until Lee sees the new spaces himself, he's unconvinced student groups will come out on top.

"Whatever we end up with is not going to be as nice as the fifth floor boardrooms probably in terms of capacity or in shape. Maybe there's a 'Room of Requirement' somewhere in Columbia to solve this, but I doubt it," Lee said.