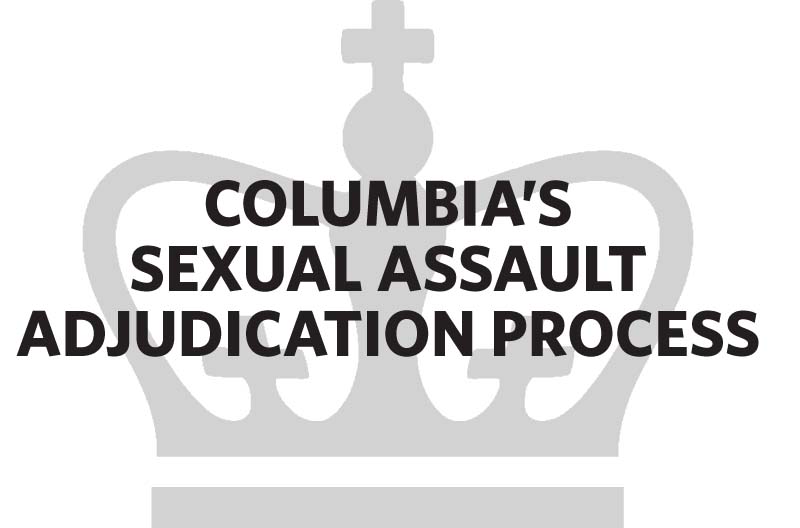 Changes to the policy include the removal of students from serving on hearing panels, the expansion of supporters to include lawyers, the addition of case managers as resources for students throughout the adjudication process, and mandated education for students found responsible of sexual assault and allowed to remain on campus.

The appeal process, however, remains under the purview of the dean of the respondent's school, despite concerns from students about the deans' training and the potential for conflicts of interest.

The policy also includes a chart on confidentiality and reporting obligations, which outlines which University officials can act as confidential resources and which are obliged to report gender-based misconduct.

Administrators said the new policy was developed based on recommendations from the Department of Education and a report from the White House Task Force to Protect Students from Sexual Assault, as well as from concerns raised by students at town halls and meetings with administrators last year.

However, student activists released a statement Friday morning expressing concerns about the new policy. The statement—signed by activist groups No Red Tape Columbia, the Coalition Against Sexual Violence, Columbia Alumni Allied Against Sexual Assault, Title IX Team, and Take Back the Night—noted that student input was not considered when writing the policy and that a number of concerns remained.

"It is misrepresentative for Columbia to characterize these reforms as a response to student concerns," the statement said. "Our goal is and always has been to work with the administration ­­ including President Bollinger, Jeri Henry, and Melissa Rooker, who were central to the development of this policy­­ to address these critical concerns. Instead, we have been stonewalled, misled, and deliberately excluded from the revision process. Thus far, their refusal to meaningfully engage with students and their failure to respond to our concerns has made constructive communication impossible."

The statement also said students were told their voices would be heard in any rewrite of the University's policy, but that this would not take place until an executive vice president for student affairs was chosen. Ten students met with administrators on Tuesday to give feedback on the already finalized policy, according to the statement.

The changes follow almost a year of student advocacy and national attention around the issue, including a petition to release aggregated, anonymous data on how the University adjudicates sexual assault, a federal complaint filed by 23 students alleging that Columbia violated Title IX, Title II, and the Clery Act, and a series of articles published in the Blue and White and other publications detailing students' experiences with the adjudication process.

In February, the Coalition Against Sexual Violence submitted to administrators a list of proposed modifications to the adjudication process and to on-campus resources for survivors. Many of the changes in the new policy align with the coalition's proposals, including expanded education and training requirements.

"The expectation is the policy will be in place for this year, but not written in stone forever at Columbia," Suzanne Goldberg, the newly appointed special advisor to University President Lee Bollinger on sexual assault prevention and response, said in an interview. "The University is committed to shaping the policy going forward."

Last spring, Bollinger announced the creation of a new executive vice president for student affairs position, which he said would oversee the University's handling of sexual assault, among other issues. The position has not yet been filled, but Bollinger initially said he hoped to find someone by the fall semester.

Activists and students have also been waiting on the release of aggregate, anonymous data about the way the University handles sexual assault cases. Bollinger said in April that the "the specific manner in which aggregate data will be released" would be announced by the end of the semester.

Though the 28-page policy can be read in full here, some key changes to the adjudication process, the sanctioning process, and the Office of Student Services for Gender-Based and Sexual Misconduct are outlined below.

Hearing panels will now consist of three University officials, chosen from a group of around 12 formally designated student affairs administrators. These administrators will be trained on how to hear cases, and being a hearing panelist will be an official part of their responsibilities. Previously, hearing panels usually included two senior-level administrators or deans and one student. Both the complainant and the respondent can now appoint any supporter of their choice, including a lawyer. Administrators said they hope to find lawyers to serve as volunteer supporters for students who cannot obtain their own lawyer. Previously, students were limited to choosing a member of the Columbia community to support them. Interim measures—including changing housing assignments and contact restrictions—are now available to students from the time they request help until they graduate. The previous policy said that interim measures were available during “the investigation and until resolution of the matter.” Investigators will now be able to make determinations and recommendations of credibility in their report to the hearing panel, in addition to conducting interviews with the complainant, respondent, and any witnesses. Each school can now appoint a sanctioning officer who will receive trauma-informed training, in addition to training in procedure and gender-based misconduct. Sanctioning was previously the responsibility of the dean of students of the respondent's school. Students found responsible of gender-based or sexual misconduct but allowed to remain on campus, or who return to campus after a suspension or leave, will be required to complete an education program related to the gender-based misconduct violation. The Office of Student Services for Gender-Based and Sexual Misconduct has been renamed the Gender-Based Misconduct Office. The office has added three case managers, who will serve as a neutral point person for both complainants and respondents throughout the adjudication process. The office has increased the number of Title IX investigators from two to four. Bollinger's email mentioned the creation of six new staff positions in the Office of Sexual Violence Response, which will open a second location in Lerner Hall this semester, including an assistant director at the University Medical Center.

While the new policy directly addresses some concerns that have been raised by students throughout the year, other concerns remain. Students have expressed particular concern over the role of deans in the appeal process, citing the potential for conflict of interest and whether the training they receive is adequate.

Administrators said that they will actively engage students to receive feedback on the new policy.

"The policy sets up the basic rules and procedures, but much of the work is in implementation," Goldberg said. "And that's where we expect students to have thoughtful suggestions for how to effectively implement what is the existing policy in addition to whatever comments they may have on the particulars of the policy."