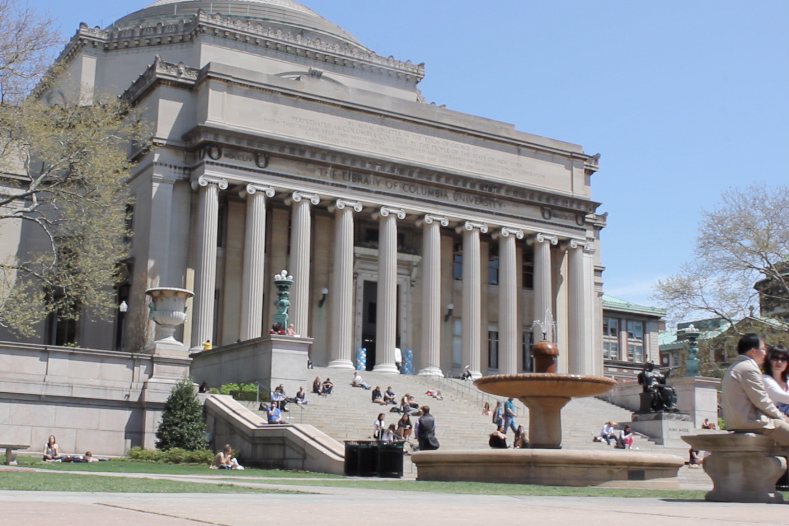 Barnard and Columbia first-years were the first to attend a new, two-part workshop on sexual violence and gender-based misconduct on Thursday.

Barnard and Columbia first-years were the first to attend a new, two-part workshop on sexual violence and gender-based misconduct on Thursday, which administrators reworked following criticism from student activists, as a mandatory part of this year's NSOP.

The new training replaced last year's Consent is Sexy workshop with Health Services, but kept a play about maintaining a healthy lifestyle at college. Student activists asked administrators to revise the consent course last year so that the workshop would be mandatory and have a more serious tone.

University officials did not allow press into Thursday's training because they said they were worried that the presence of reporters would inhibit discussion and prevent candid questions from the new students.

According to first-year students who attended the training, the first half of the session—held in Roone Arledge Auditorium—was a presentation on sexual assault that included scenarios of different types of sexual assault and gender-based misconduct.

The presentation, given by the Sexual Violence Response staff and students, focused on defining consent, and on the different types of sexual assault and gender-based misconduct that occur on campus and how to prevent them.

Deputy Title IX Coordinator Rosalie Siler and La'Shawn Rivera, the director of Sexual Violence Response, defined consent, according to Zachary Silber, SEAS '18, as "an enthusiastic yes that was gained without the use of intimidation or coercion."

At the beginning and end of the presentation, students were asked to participate in an anonymous texting poll. One of the questions asked first-years if they knew anyone who had experienced sexual violence.

Nicholas Kreiling, CC '18, said that at the beginning of the session, very few students answered yes to the question asking if any friends had been survivors of sexual violence—but that changed by the session's end.

The presentation concluded with a screening of the #NotAskingForIt video made last spring by Columbia students as part of Project Not Asking For It.

After the presentation, students split into groups for smaller discussions in separate rooms. In each group, two consent educators spoke to four to five Orientation Leader groups about on-campus resources and answered any students' questions about how the University handles sexual assault.

Consent educators—who received three days of training from Sexual Violence Response earlier this week—said that the primary objective of the group session was to inform first-years of the three primary on-campus resources for sexual violence and gender-based misconduct: Sexual Violence Response, the Gender-Based Misconduct Office, and the Office of Equal Opportunity and Affirmative Action. The consent educators described the roles of each office and emphasized that SVR is confidential while the latter two are not.

After a presentation on resources, consent educators led a Q&A on the information presented in the first half of the session. Educators did discuss some aspects of Columbia's adjudication process, including how to file a report and the investigation process, but said they could not address their own opinions on University policies.

Informational handouts from SVR as well as off-campus resources addressing stalking, dating violence, and rape as a men's issue, were given out to each student inside customized SVR iPad cases.

The second half of the session concluded with an evaluation form, which quizzed students on their knowledge of consent and asked them to provide feedback on the workshop.

Overall, students said that they found the workshop informative and in-depth, but—at times—repetitive.

"It was definitely very exact," Hayden McGovern, CC '18, said. "It was a little long and boring it felt like an hour and a half of definitions."

"I thought they really drilled in the information, which was good," Moorea Colby, BC '18, said.

Correction: An earlier version of this article incorrectly stated that this year's training also replaced the Health Services play about maintaining a healthy lifestyle. The training replaced the workshops, but not the play. Spectator regrets the error.