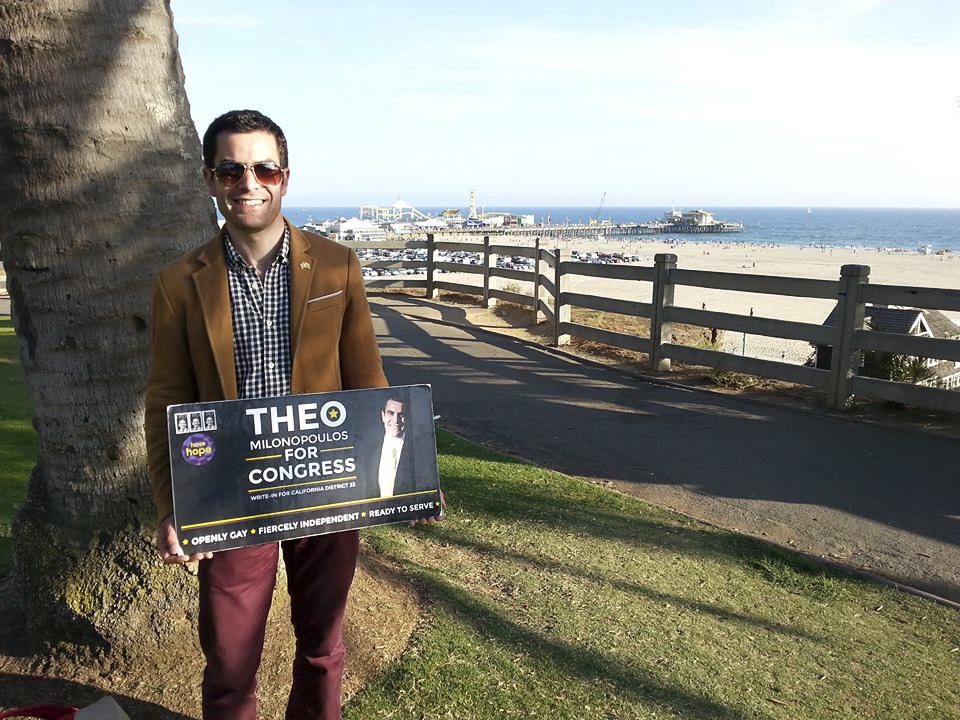 Political science Ph.D. student Theo Milonopoulos filed a lawsuit and federal complaint against Columbia University in August alleging the University discriminated on the basis of his mental health conditions.

A Columbia Ph.D. student and former congressional candidate has filed a federal complaint and lawsuit against the University for alleged disability discrimination after he was suspended in August.

Theo Milonopoulos, a political science Ph.D. student, filed a complaint with the United States Department of Education and a lawsuit in the Southern District Court of New York in August, saying that the University discriminated against his mental health conditions by putting him on forced medical leave and barring him from Columbia property.

The claims come as Milonopoulos prepares for a separate Sept. 4 court appearence for two felony charges brought against him in June for incidents on the University of California, Los Angeles campus—which he said was the official reason cited for his suspension.

"I'm so annoyed that they waited until the eleventh hour," Milonopoulos said in an interview with Spectator. "I'm trying to get reinstated before classes start next week, I don't have time to convince an attorney to take on my case when I can do it my self."

In the lawsuit, Milonopoulos recounts struggling with anxiety and depression after enrolling at Columbia in the fall of 2012. As a result, he said he underwent regular clinical treatment with clinicians at Counseling and Psychological Services throughout his time at the University.

According to the lawsuit, Milonopoulos experienced "paralyzing fear" in January 2014 that the political science department would kick him out because of his counseling treatment, after which department and CPS officials requested Milonopoulos take a University-approved medical leave for the spring semester.

In May, Milonopoulos notified Columbia that he would return to his hometown of Los Angeles to run for the 33rd Congressional District seat as a write-in candidate, the lawsuit says.

According to the Los Angeles County Superior Court, Milonopoulos is charged with two counts of using threats or violent force to resist police and one count of interfering with employees of a public agency.

Milonopoulos, who is still in California, said in a press release on Aug. 21 that he received a letter from Columbia's Graduate School of Arts and Sciences Senior Associate Dean of Academic Affairs Andrea Solomon informing him that he was suspended and "now considered persona non grata on all Columbia University property" after he "made threatening statements to harm members of the UCLA community."

The letter is part of Milonopoulos' secondary charges against Columbia. It says that Solomon's "abrasive tone" caused him "severe emotional distress."

When the Columbia administration was contacted for comment, Director of Communications for Community and Civic Initiatives Victoria Benitez said, "FERPA prevents us from commenting on the academic and disciplinary records of individuals."

Now, Milonopoulos said he's had difficulty obtaining the correct information about how he can return to Columbia.

"The Dean's office at the Graduate School of Arts and Sciences has given me chronic misinformation about the conditions that I'm required to fulfill as part of my reinstatement," Milonopoulos said in an interview with Spectator, mentioning conflicting information that he said he received in regards to finishing incompletes that he took for several courses.

In the lawsuit against Columbia, Milonopoulos "alleges that senior administrators in the Office of the Dean in the Graduate School of Arts and Sciences engaged in professional misconduct that appears to be motivated by a latent bias against known and perceived mental health conditions on the part of the Plaintiff in an effort to avoid potential liability that might arise in allowing Plaintiff to remain enrolled and re-enroll at Columbia University."

According to Milonopoulos, Columbia has allowed him to put off the University disciplinary process until his criminal case is complete. He also said the he is unable to afford a flight to New York due to the discontinuation of his graduate fellowship as a result of his suspension.

Milonopoulos said that if he were to undergo Columbia's judicial process, he could be forced to incriminate himself for the events in California.

"The only way to have both of those disciplinary actions reversed is to subject myself to a process that would involve me incriminating myself," Milonopoulos said.

Milonopoulos said that the pressure to return to New York and go through the disciplinary process so he can re-enroll will make him more likely to agree to a plea deal for his charges in Los Angeles.

Milonopoulos hopes to return to Columbia eventually, as his congressional run was not very successful. After joining the race as a write-in candidate because he missed the ballot deadline, he came in last place in June's election with just a single vote—which was not his own, since he was in jail on the day of the election.