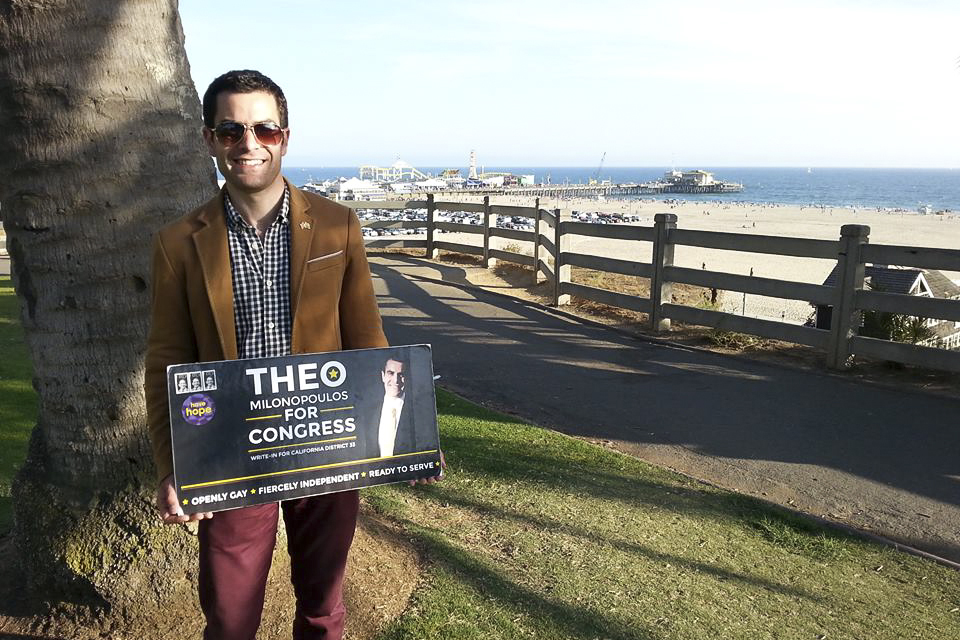 An outspoken Ph.D. student and former Congressional candidate will not be coming back to campus for at least another year.

After a series of remote and on-campus disciplinary hearings last week, Theo Milonopoulos, the political science PhD student who was suspended and banned from campus following two arrests in Los Angeles in June, said that he has been officially suspended and barred from Columbia property until fall 2015.

"Frankly, I wasn't really that surprised," Milonopoulos said on Monday. "When I didn't hear back immediately, I knew what the outcome would be."

In a letter sent to Milonopoulos on Sept. 12 notifying him of the decision, Andrea Solomon, senior associate dean for academic administration for the Graduate School of Arts and Sciences, said that Milonopoulos was further suspended because he could not "remember or refute the most serious allegations." The letter also said to Milonopoulos that, "you are unable to control yourself and manage your anger appropriately."

Milonopoulos said his disciplinary hearing focused heavily on the events leading to his arrest on the UCLA campus in June. According to police records, he was charged with using force or threats of violence against police and interfering with employees of a public agency. Milonopoulos has said that he went to speak with UCLA Chancellor Gene Block after he felt threatened by a controversial preacher on campus.

At the time, Milonopoulos had been campaigning as a write-in candidate for California's 33rd Congressional District.

"They asked me if I was called names on Columbia's campus, would I go storming into President Bollinger's office," Milonopoulos said about the hearing. "If I had been a black student, I think police on the scene would have reacted a little more forcefully."

Milonopoulos said he flew to New York on Sept. 9 for a disciplinary hearing with Solomon and another administrator after a phone interview with Columbia University Public Safety on Sept. 5.

Milonopoulos also filed a lawsuit against Columbia in August, alleging that the University discriminated against his mental health status by suspending him earlier this year. Since leaving Columbia in February, he has openly discussed dealing with depression and thoughts of suicide, and said that his medical leave from Columbia was "involuntary."

On Sept. 10, United States District Judge Vernon S. Broderick denied a request from Milonopoulos for "immediate injunctive relief," which would have required Columbia to reinstate him as a student.

"'The A[mericans with] D[isabilities] A[ct] and the Rehabilitation Act permit [a university] to discipline a student even if the student's misconduct is the result of disability,'" Broderick's rejection stated, quoting a 2007 district court decision in upstate New York.

Though Milonopoulos said he will appeal the result of the disciplinary hearing, he said it is not likely that it will be overturned.

"I have an opportunity to appeal this decision to Dean Carlos Alonso, but given that he has been named in my lawsuit claiming discrimination by the University, it seems doubtful to expect that this decision will be overturned," Milonopoulos said.

Though the two felony charges were overturned in Los Angeles, Milonopoulos is still dealing with a misdemeanor charge and has been ordered to stay away from UCLA unless he has prior court authorization.

"I went to D.C. to visit a friend, now I'm in North Carolina with some friends, just chilling at a beach house," Milonopoulos said. "I'd much rather be in classes right now."