As another Harlem building redevelops, locals worry culture is lost

As another Harlem building redevelops, locals worry culture is lost 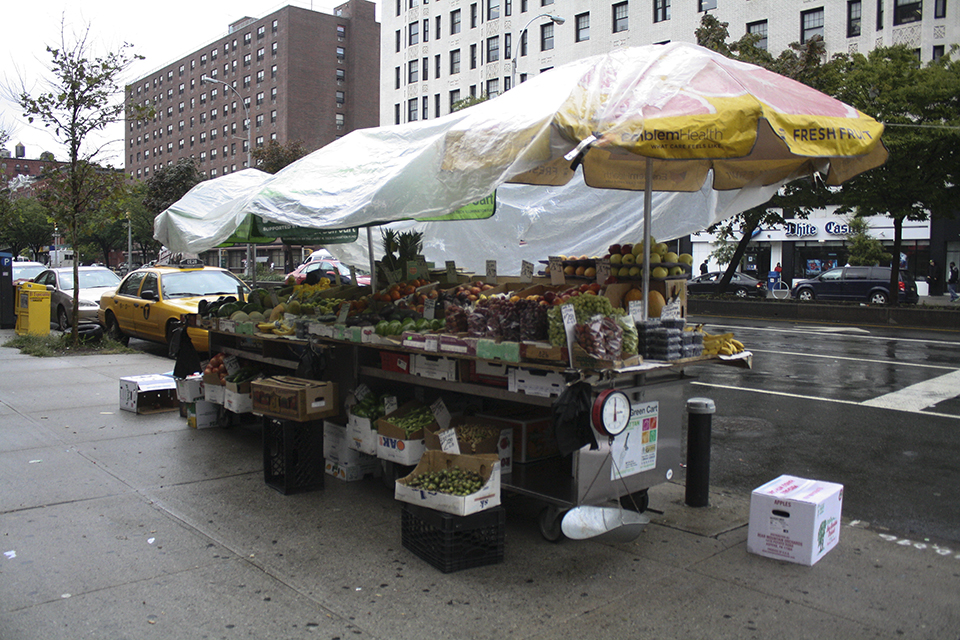 Locals say that as new developments and expensive stores take over 125th Street, culture in the form of street vendors is lost.

Martial Gnago, owner of the Harlem NYC clothing store on 125th Street, has watched the neighborhood outside his store's automatic doors change dramatically over the past decade.

A Whole Foods is under construction two blocks away on Lenox Avenue. Earlier this year, a Joe's Crab Shack and DSW opened in a sleek glass building across Frederick Douglass Boulevard. Tourists on bus and bicycle tours of the area have become ubiquitous.

And the next transformation on the rapidly changing street may be in Gnago's own building.

Earlier this week, the owners of the building Harlem NYC is located in tapped real estate broker Ariel Property Advisors to find developers to build an up-to-108,000-square-foot mixed-use facility on the site.

"Clearly, there are developers that are interested in 125th Street," Shimon Shkury, founder and president of Ariel Property Advisors, said. "What they realized over the last few months is that they have a lot of underused space that someone could develop."

He said that the building's current owners have decided to "monetize the assets"—which, according to Ariel's website, are worth $1.75 million per year for the 99-year lease. Currently, the two tenants of the building generate $800,000 a year in rent, the listing says.

Shkury said the current tenants would "possibly" have to move out. But for Gnago, that possibility means another step for Harlem down the road of gentrification.

"You can't take soul to another place," Gnago said regarding the possibility of having to move. "That's just a copy of our soul. It's not Harlem."

According to the listing, developers could build up to 108,944 square feet if they include affordable housing units. Shkury said that they have "pretty much talked to every type of developer," including some who want to build hotel and residential units.

"Essentially, money is chasing opportunities. Real estate is one of the few opportunities where you can get an adequate return on your investment," veteran broker Stanley Lindenfeld, executive managing director of Lee & Associates, said.

The losers, however, are older, smaller businesses like Gnago.

The potential redevelopment of Gnago's storefront is also worrying to another group of salespeople on 125th Street—street vendors.

Vandra Jamison, who sells Harlem T-shirts, said that she and her neighbors have increasingly been ticketed for breaking city restrictions. While she said that she usually challenges tickets, many of her neighbors don't know how. And a $300 ticket, Jamison said, can be the difference between making rent and being forced to leave.

"Some of these people don't have visas," she said. "They can't go to court, but I knew I could fight the tickets."

"It comes from more powerful, wealthier interests," he said. "Some people don't like the way street vendors look on the street."

Vendor Alfred Weeks, who sells small wire figures of men singing, dancing, and playing sports, said that the street vendors lining 125th Street are also adapting to the changing neighborhood and are as likely to sell Harlem-themed T-shirts and memorabilia as they are to carry the consumer goods that were once more common.

"All of this should be artwork," he said, pointing to the stands around him.

"If we remove all the vendors and we're left with just large stores, what differentiates New York City from any other place?" Shapiro said.

"They aren't competition," she said. "People come here, and they want to bring back a piece of Harlem. They want something alive."

For Gnago, however, the authentic Harlem has long been gone.