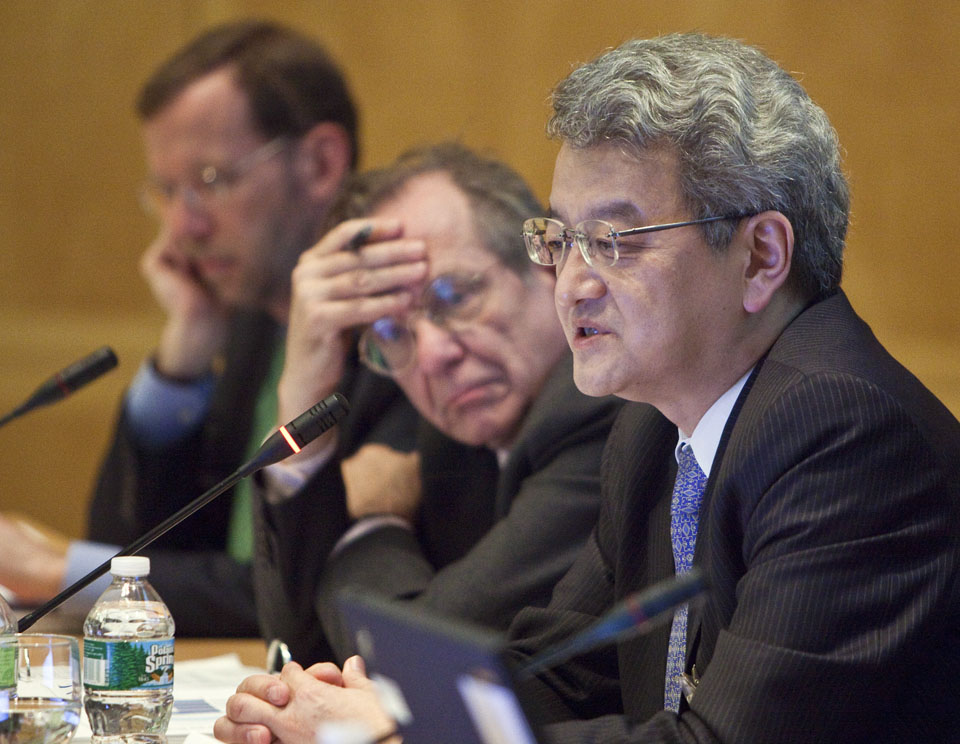 Japanese economist, policymaker, and advisor Takatoshi Ito will join the Columbia faculty in January 2015 to teach courses on Asian financial markets and the Japanese economy.

Japanese economist, policymaker, and advisor Takatoshi Ito will join the Columbia faculty in January 2015, and he's hoping to inspire more Japanese students to make the move to study in the United States.

Ito, a former official in the Japanese government, will come to Columbia from Japan in the spring to join the School of International and Public Affairs as a professor of international and public affairs, and to serve as associate director for research at Columbia Business School's Center on Japanese Economy and Business.

Ito, the former dean of the University of Tokyo's Graduate School of Public Policy and  a former member of the Prime Minister's Council on Economic and Fiscal Policy, will teach classes on Asian financial markets in the spring semester and Japanese economy in fall 2015.

In addition to holding academic positions, Ito worked at the International Monetary Fund in Washington, D.C. in the mid-1990s and in the finance ministry in Japan.

In an interview this week from Japan, Ito said he hopes to use his time at Columbia to "strengthen the bridge between U.S. and Japan and try to promote any research exchange and research pieces for Japanese and Americans through the Center [of Japanese Economy and Business]."

He hopes to stimulate academic and professional exchanges between Japan and the United States by providing information to promote interest among Japanese students and businessmen so they will want to come to the United States.

But Ito hopes the Japan-United States exchange will go both ways.

"For students at Columbia or in the U.S. and businessmen in New York City, I think we'd like to again promote and provide information—correct information—and try to stimulate the research activity so that they'll be more interested in coming to Tokyo and Japan to do research," Ito said.

Teaching in the United States is nothing new to Ito. After getting his doctorate in 1979 from Harvard University, he became an assistant professor at the University of Minnesota and later received tenure as an associate professor. He was also previously a visiting professor at the Harvard Kennedy School of Government from 1992 to 1994 and at the Columbia Business School in 2009.

With his 64th birthday on the horizon, Ito said the mandatory retirement age of 65 at national universities in Japan prompted him to retire early from the University of Tokyo and find a new home at Columbia.

Hugh Patrick, the director of the Center of Japanese Economy and Business, called Ito's move to Columbia a "win-win situation" for both Ito and the University.

"He could move to a smaller, private university, but he thought that was less attractive in many ways than coming here to Columbia," Patrick said. "We know he's a very good teacher—he really put a lot of effort in teaching his course when he visited about five years ago."

Ito's contract with Columbia also includes a three-month period in which he is free to pursue whatever he chooses, and Ito said he intends to use that time to visit Japan to research international finance, monetary policy, and the Japanese economy.

Patrick says that in addition to his posts at the University, Ito will continue to be actively involved in international conferences, which will add to Columbia's global presence.

"Most stars are quite ambitious—they want to shine. I don't think he feels that this is a retirement post. I think this is for him an opportunity to expand his shining, as it were, to expand his capabilities more globally," Patrick said.