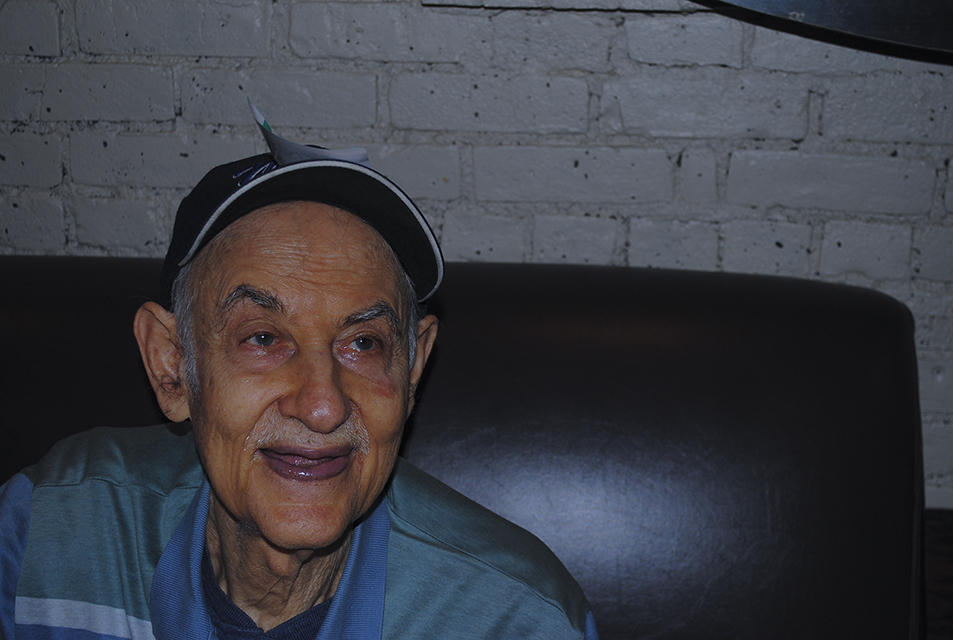 Eighty-year-old Klaus Wassermann, GSAS 64, has lived in the neighborhood for more than 50 years.

On the third annual Love An Elder Day—a day of events organized by Morningside Village to celebrate Morningside Heights' elderly population—Spectator sat down with three longtime residents to discuss how Morningside Heights has changed over the years and their favorite things about the neighborhood they call home.

"It was scary back then," Paula Franklin, a resident of Morningside Heights for over 50 years, said. "There were crack vials in Riverside Park."

That's the Morningside Heights that Franklin remembers when she first moved to the neighborhood in the 1960s. A Midwest native, Franklin moved to the city because she was "bored with Illinois."

"And also because New York is the epicenter of the publishing industry, where I was working at the time," Franklin said.

She spent several decades working for a textbook publisher, where she helped research and copy edit books on a range of topics, including medieval history and cell biology.

"To this day I remember some of the strangest little facts," Franklin said. "Like, the folded pattern of pretzels was created to look like arms crossing a person's chest. They were invented by monks in the Middle Ages to reward children for learning their prayers."

Franklin said she's stayed in Morningside Heights for so long partly because of her husband, former Columbia political science professor Julian Franklin. Paula Franklin said that she met her husband at a party at the apartment of the late Columbia history professor Richard Hofstadter.

Franklin said that the neighborhood has changed a lot in her time living here.

"Neighborhoods change, cities change, people change," she said. "That's one of the only things you can count on in life—that everything will change."

But there was one thing that has remained constant during her time in Morningside.

"The Hungarian Pastry Shop has been here the whole time," she said.

Maria García has lived in Morningside Heights for over 30 years, and said she sticks around because of the neighborhood's diversity.

"There are so many different cultures so many nations represented," García said. "The neighborhood is culturally rich."

She lives in an apartment building on 111th Street and Riverside Drive, where she said that her neighbors range in age from seniors to young people to couples with infants.

"There are nice people in my building of many different age groups," García said. "It really exemplifies the West Side."

García said she appreciates the community aspects of the neighborhood—particularly because she no longer has family living in the city. She added that she also enjoys the restaurants in Morningside Heights and her proximity to Riverside Park.

She said she recently began attending events run by Lifeforce in Later Years—an organization that offers support for local seniors—and she is already enjoying them.

"It is most definitely a network for elderly people," she says. "You don't feel so alone."

García said that the "Love An Elder Day" lunch was about the third LiLY event that she has attended. She said she expected to have fun at the lunch and to meet fellow seniors from the neighborhood.

"LiLY knows that it is important to recognize elders in the community," García said. "The organization does a wonderful job with elders as a meeting service and giving recommendations for seniors."

Eighty-year-old Klaus Wassermann, GSAS '64, has lived in the neighborhood for more than 50 years, and proudly noted that Nov. 17 will be the 34th anniversary of his move to his current apartment on 109th Street.

"I wanted to see the Albany game, but it was a disaster like the Fordham game," he said. Wassermann said he used to enjoy reading about the games in the print edition of Spectator.

Wassermann, who is originally from Munich, Germany, moved with his family to the United States in 1936 to escape the rise of the Nazi regime.

Wassermann was four years old at the time of the move, and sports immediately made an impact on his life.

"The first thing we saw was sports," he said. "We lived in a poor neighborhood. But my father said, 'No, you have to study.'"

Wassermann spent much of his childhood living in Far Rockaway.

Although Wassermann seemed to be having a good time at the Love An Elder Day lunch at the restaurant 107 West, he did not seem completely on board with the concept.

"I wouldn't say fun," he said of the lunch. "To me, getting old is not for sissies."