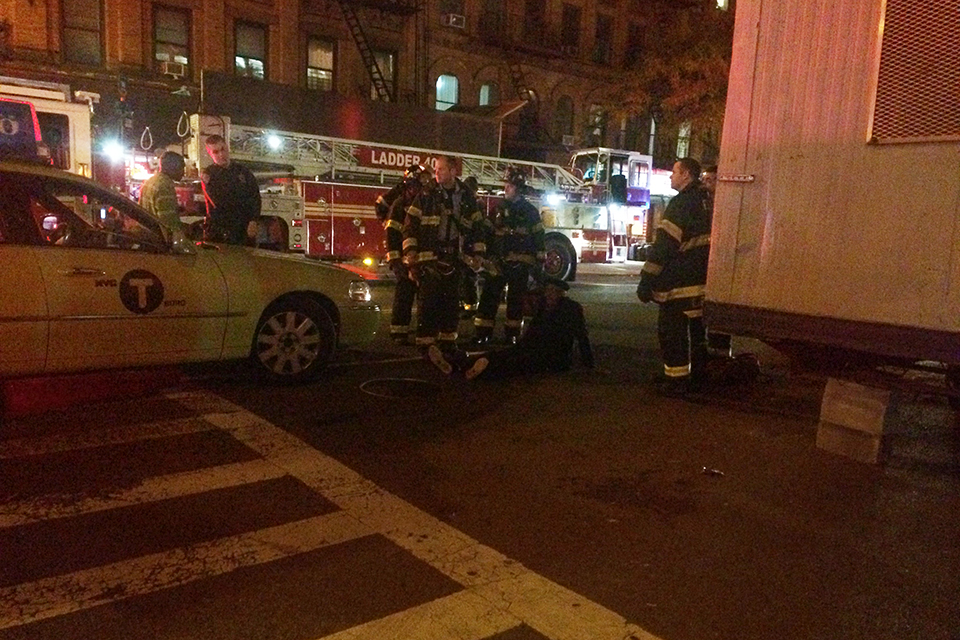 An elderly man was hit by a taxi at the intersection of Frederick Douglass Boulevard and 116th Street on Monday night, witnesses said.

An elderly man was hit by a taxi at the intersection of Frederick Douglass Boulevard and 116th Street on Monday night, witnesses said.

Although the 75-year-old man did not appear to be seriously injured, he was assisted by responding firefighters into a firetruck after being knocked to the ground close to 7 p.m.

Several witnesses, who declined to give their names, said that the taxi, a green boro cab, was running a red light while turning onto 116th Street when it hit the man crossing the street. The driver of the taxi remained on the scene.

A police spokesperson did not immediately have more information.