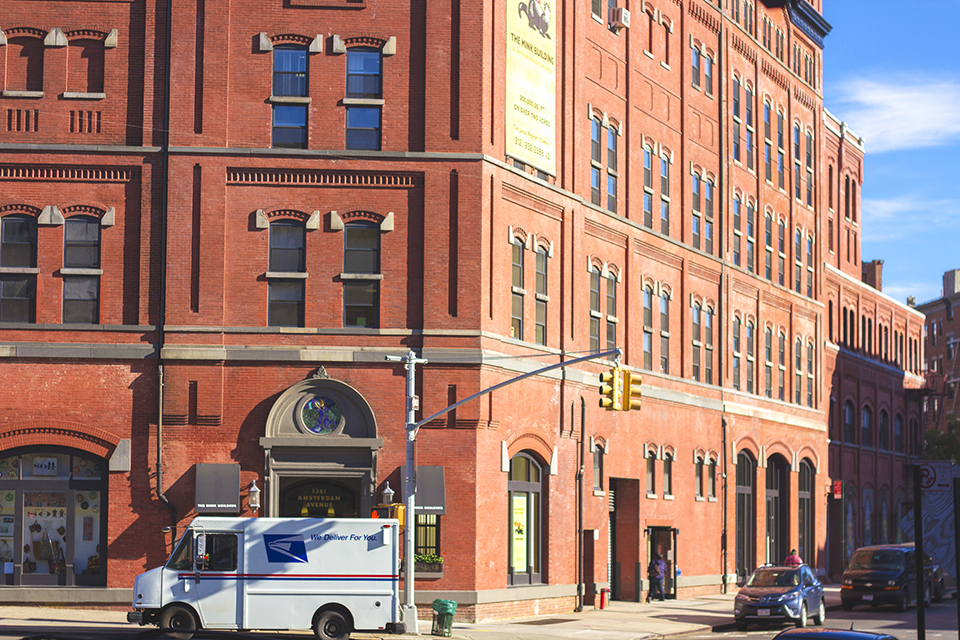 A luxury residence and boutique hotel will fill the space of the Malt House, an 80,000 square foot space on Amsterdam Avenue between West 126th and 128th streets, when construction is complete in 2016.

A boutique hotel and luxury private residence is set to open its doors in Manhattanville in 2016.

Uptown House will include 40 rooms, a pool, up to three restaurants, two bars, a rooftop patio, a library, and a fitness center. It will be located in the Malt House, an 80,000 square foot space on Amsterdam Avenue between West 126th and 128th streets.

The hotel-clubhouse, which is expected to cost up to $40 million, will be located just blocks away from Columbia's new Manhattanville campus. There's no date for construction to begin yet, but it is expected to last 22 months.

"Uptown House will be at the confluence, the heart of Harlem's cross-cultural community renaissance," Bob Emmett, Uptown House managing director and co-founder of the FOLIO Collection of private clubs in the Caribbean, said in an interview with Spectator.

"Uptown House will be a social and cultural incubator and accelerator," Emmett said. "A place to chill, mingle, and also give back to the Harlem community."

Emmett noted that up to 40 percent of the club members will live or work in Harlem. Additionally, all members will mentor a child from Harlem or the Bronx.

Emmett said he definitely expects some of the club members to be Columbia faculty and students—though he's unsure of how many.

Though there has been no formal community outreach on the project yet, Manhattanville residents and businesses have noticed wider changes throughout the years in the neighborhood as it continues to attract more people.

"I think the hotel definitely will be more popular. It might bring in a lot more people," said Alan Perlstein, who works at Harlem Biospace, an incubator for startup biotech companies located on the same block as the planned hotel. "Harlem is a very up-and-coming neighborhood, and due to the real estate prices, everyone south is coming up north as well, so it should be interesting."

"Half of my neighbors moved out and there's a bunch of Columbia students living in my building. The neighborhood is getting kind of pissed off," Duran said. "I've known all these people here for how long they've known my parents, and there's a bunch of new people that are walking in with Trader Joe's and Whole Foods, and we're like, 'What?'"

"We're always open to new people, but it's just a really big change," she added.

That change, which residents say will only be intensified by Uptown House's presence, has left some feeling uncomfortable.

"I don't know if 'upscale' is going to fit. This has always been a quiet residential neighborhood, so I don't know how 'downtown' up here is really going to fit, especially on that scale," said Diane Tinsley, a resident of the neighborhood for over 50 years and a parent at Teachers College Community School, on the construction of the Uptown Hotel.

"It's stupid. Let's face it. If you get off an international flight at JFK Airport, are you really going to stay in a hotel that's across the street from a live poultry place?" G.H. Dorsey, who's been a resident of the neighborhood since 1940, said. "They said that they're going to have restaurants, bars, and shops, but I don't see it. This is a get rich quick scheme, that's all it is."