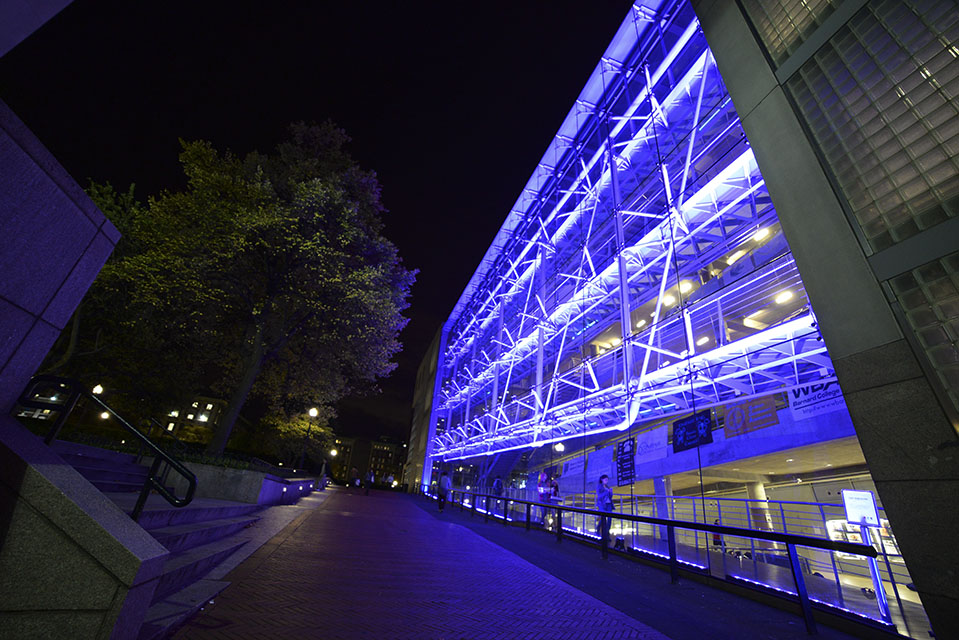 As Domestic Violence Awareness Month draws to a close, community leaders in Harlem say the issue still receives undue stigma in the neighborhood.

Although October saw several events focusing on the issue, domestic violence remains a problem in the community, notably in public housing.

"It really is a crime, not a shame," said Stephanie LeBrawn, founder of nonprofit We All Really Matter, which works on domestic violence issues in Harlem.

Sarah Martin, former president of Grant Houses tenants association, said that the issue of domestic violence is "nothing new" in public housing. She said that it is difficult to account for and report some incidents due to increased privacy constraints.

"Most of the time, women who live in the houses have boyfriends and they go off on each other," Martin said. "Police are called, reports are filed, but at the end of the day, it's a revolving door and it happens the next time and the next time."

Martin said that the majority of the time, women allow their batterers and abusers to come back into their homes. As a result, she said, children are growing up in violent environments and are more likely to get involved with violence themselves.

"There is a lot of domestic violence going on in NYCHA houses," Gloria Allen, current president of the Grant Houses tenants association, agreed.

Allen said that there are forums and meetings about domestic violence in the community, though she said that she does not know how effective they are in addressing the issue.

Organizations and individuals in Harlem have recognized the particular impact that domestic violence has on women of color, in light of the case of Marissa Alexander, a Florida woman who may be sentenced to 60 years because she fired a warning shot in the air in response to threats by her abusive husband.

"Tons of people in Harlem know about her case and know the significance of it," said Betty Maloney, a member and volunteer of Radical Women, a socialist feminist organization in upper Manhattan. "The fact that it was women of color who took these stands is very important."

Maloney said that Radical Women has started a campaign calling on Florida to release and pardon Marissa Alexander.

They started from points across Harlem, dressed in purple and carrying purple glow sticks. Some carried signs that read "Abusers R Losers" and chanted "We don't need you." They received mixed responses as they marched down the streets and converged on the plaza outside the Adam Clayton Powell Jr. State Office Building.

"Tonight we are shining a light in Harlem on domestic violence," Dickens said before a large crowd gathered outside the plaza under purple lights. "We are standing up as women and yes, men, and we are no longer going to hide because domestic violence flourishes with fear."

Dickens emphasized the importance of solidarity, strength, and support in order to eradicate the "social disease" of domestic violence.

Shine the Light began as a statewide campaign to prevent domestic violence in New York in 2008. New York City has taken on the campaign and in the past few years has lit Times Square purple every October. This year, service providers in Harlem decided to bring it local.

"As great as it was in Times Square, it didn't allow for community members to be able to participate in it and it was mostly service providers," said Maribel Martinez-Gunter, director of the Family Law and Immigration Unit at Manhattan Legal Services, a member of the collaborative.

"The collaborative brings together different organizations that normally wouldn't be in the same room together to start discussing the needs that we were all seeing among clients," Martinez-Gunter said.

The 11 organizations meet once a month to brainstorm ways to circumvent bureaucracy and how to get problems fixed, Martinez-Gunter said.

Marina Ortiz, outreach coordinator at Violence Intervention Program in East Harlem—a participating organization in Shine The Light—said that the organization is always busy, but that October is an especially busy time of year.

We are out there every day at schools and churches doing workshops and presentations in our community," Ortiz said.

Because of the large Spanish-speaking immigrant population that VIP Mujeres serves, all of the services are offered in both Spanish and English, Ortiz said.

At Shine the Light, members of local organizations, dressed in purple and holding handmade signs, came out in support.

"I'm here because I've experienced domestic violence in my life and it was very traumatic for me," said Carlene Hamilton, 58, a resident of Harlem.

"It took me seven years to get over it and I coped with homelessness, leaving my home with just the clothes on my back. I haven't had a relationship since," Hamilton said.

Still, organizers said working on domestic violence issues is not all about tragedy.

"When we started planning seven weeks ago, we weren't sure what tone we wanted and we contemplated making it a vigil," Martinez-Gunter said.

"But we said 'No let's make it outdoors, make people wanna come by, play music, and celebrate that there's also a victory involved in doing this work,'" she said.
sasha.zients@columbiaspectator.com  | @Sasha_Zients