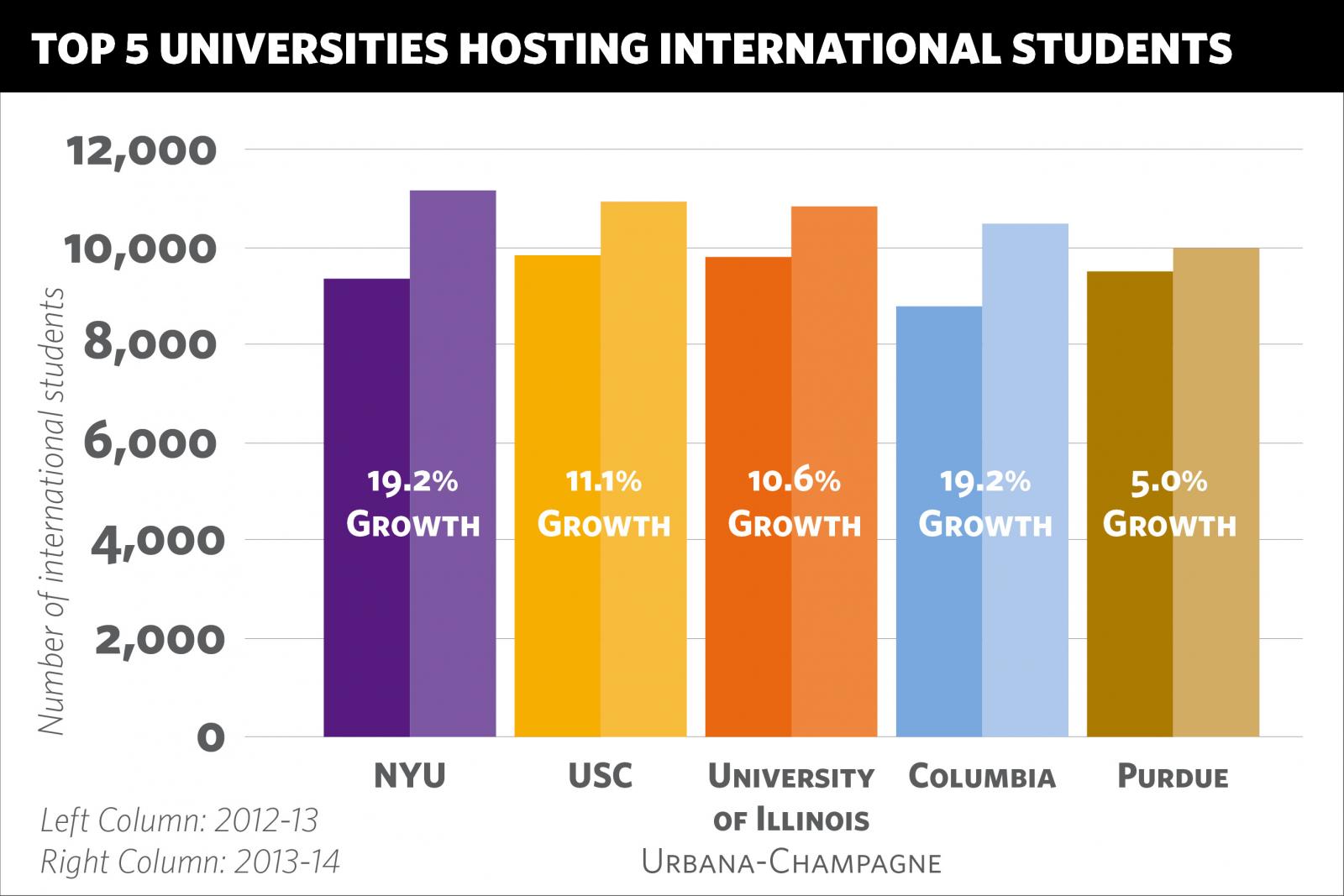 Columbia now has the fourth highest number of international students across all U.S. universities, according to a report released on Monday by the Institute of International Education.

Columbia enrolled 10,486 international students during the 2013-2014 school year—a number that was only surpassed by New York University, the University of Southern California, and the University of Illinois Urbana-Champaign—marking a 19.2 percent increase.

The University's year-to-year growth in the number of international students was more than double the nationwide 8 percent growth, as reported by the IIE.

Former Vice President for Global Centers Ken Prewitt said that the current proportion of international students is typical for Columbia.

"Columbia seems to sort of hold around 20 percent, and many people think that's not a bad proportion," Prewitt said. "That's the position you would hear, at least from the leadership of the college, and perfectly reasonable."

The largest portion of international students at Columbia and throughout the United States come from China, which was also the case in 2013, according to an International Students and Scholars Office report from that year.

Within Columbia, the School of Engineering and Applied Sciences— which has both undergraduate and graduate students—had the largest proportion of international students at 48.8 percent.

"The ISSO is delighted that Columbia remains a top choice for so many students from around the world as reflected by its position as number four among U.S. institutions in terms of international student enrollment, and first among Ivy League schools," Ellen Cohen, associate director of the ISSO, said in an email. "Although the IIE report came out today, the data is based on fall 2012 numbers, and our international population has grown again this year."

International undergraduates interviewed on Monday and Tuesday said that the growing international population was the result of more active recruitment abroad by the University.

Karim Nader, CC '17, who is originally from Lebanon and is a member of the Global Recruiting Committee, believes that Columbia has been more actively pursuing international students in recent years.

"I know that it's really important for Columbia to get interviews from all the regions in the world, and especially the underrepresented regions," Nader said. "They try to send their admissions officers all over for recruiting. Sometimes they can't because of political and security reasons, but when they do, they answer a lot of questions and they help you a lot, and they always stay in touch with you."

Prewitt said that the substantial international population is a part of the University's efforts to focus on its global presence.

"Well it's hard to imagine a university being globally ambitious in many ways as Columbia is, and also not welcoming international students," he said. "That's part of the package."

Lilian Chow, CC '15 and the co-chair of the Global Recruiting Committee, also believes that support for international student applicants has been improving in recent years, which is evident in Columbia College's class of 2018.

"The class of 2018 at Columbia is one of the largest international student body and also one of the most diverse that we've had in quite a while," Chow said. "That's really exciting and I think one of the main reasons we've been discussing is that international, like diversity, is a huge value to the college campus."