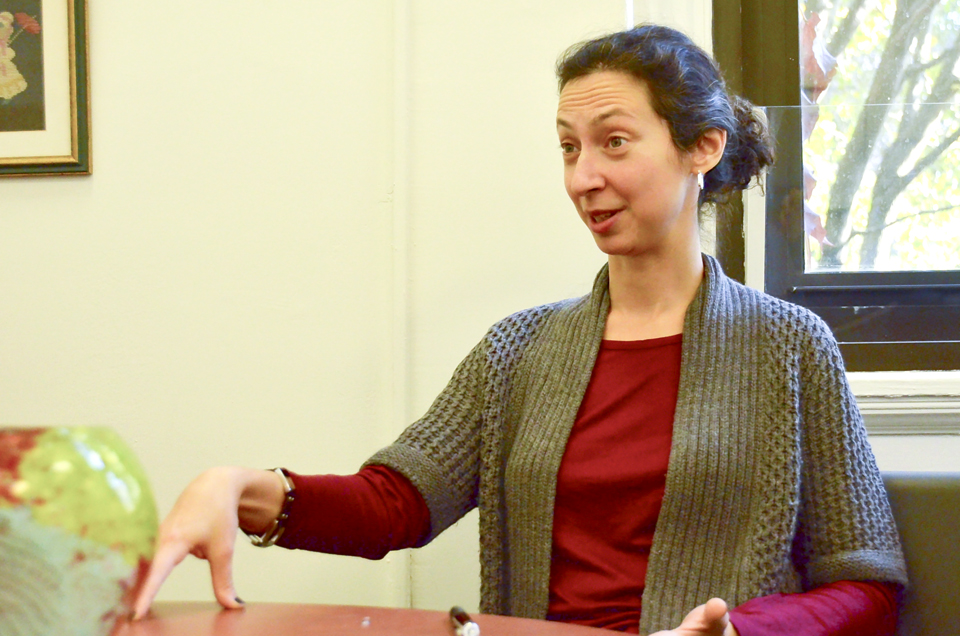 Barnard Dean of Studies Natalie Friedman is hoping to expand funding for peer tutoring with outside donations.

When Alexa Alverdi, BC '18, got sick with the flu earlier this semester and missed a few classes, she went to her class dean, Rebecca Grabiner, for help. Grabiner suggested she try a peer tutor through Barnard College's Peer-to-Peer Program.

This was the first semester that all Barnard students could receive free individual tutoring through the Peer-to-Peer Tutoring program. Tutoring previously cost $15 a session, but now the funding to pay tutors is coming from the Dean of Studies' budget, according to Natalie Friedman, dean of studies and dean of the senior class.

And now, Friedman is hoping to expand the current budget by looking to outside donors. She said that a bigger budget would allow the program to accommodate more tutor training and increase the number of tutors the program can pay.

Grabiner said the program had 42 student tutors as of Dec. 3, and that new ones are admitted on a rolling basis. Grabiner said that the tutors are in high demand, and she and Friedman are constantly looking to hire more staff as the budget allows.

Grabiner said that eliminating the tutoring fee was an important step toward making the program more accessible. Grabiner and Friedman said they are working toward expanding the program to include alumnae tutors through a partnership with the Alumnae Association.

"Students had to get in touch with financial aid and let our office know their level of financial need, which, again, is another barrier," Grabiner said.

Alverdi said that while she would have paid for her weekly tutoring session with Barnard senior Samantha Potter, BC '15, she wouldn't have taken full advantage of the program if the $15 fee was intact.

"If it cost money I would have done it anyway because I needed help at the time," Alverdi said,  noting that she wouldn't have wanted to commit to an entire semester of tutoring, nor would she have opted to continue next semester.

Grabiner and Friedman said that one of the benefits of peer tutoring is that it is more personalized and informal than receiving instruction from a teaching assistant or a professor.

"It's kind of this mutually beneficial reinforcement of knowledge. And what's nice too is it takes away the power differential that exists between students," Friedman said. "Your peer is not grading you. Your peer is not necessarily going to judge you."

Kelsey Lynch, BC '17, who has used the program to receive tutoring for physics said that the individual nature of peer tutoring was particularly helpful.

"The Peer-to-Peer program is more one-on-one, which is really helpful for me because I get to ask more specific questions, and they can help me through the questions," Lynch said. "Whereas in help rooms, it's more of a group setting, and during office hours, it depends on how many people come in."

Alverdi said that as a first-year, approaching a professor or TA for academic support can be intimidating for students.

"She took a year abroad, which I'm now considering," Alverdi said. "For me its been really beneficial to talk to someone who's a senior, especially as a freshman."

Eliana Ward-Lev, BC '17, a program tutor for physics and calculus II, said that eliminating the costs of tutoring equalizes students' access to the resource.

Potter, who tutors Alverdi and another student in French, said that the program can help build community on campus.

"This program helps the Barnard community get more tied together, because there isn't a lot of communication between classes necessarily," Potter said. "I think it is a cool way to meet new people and giving help to your school and building community."