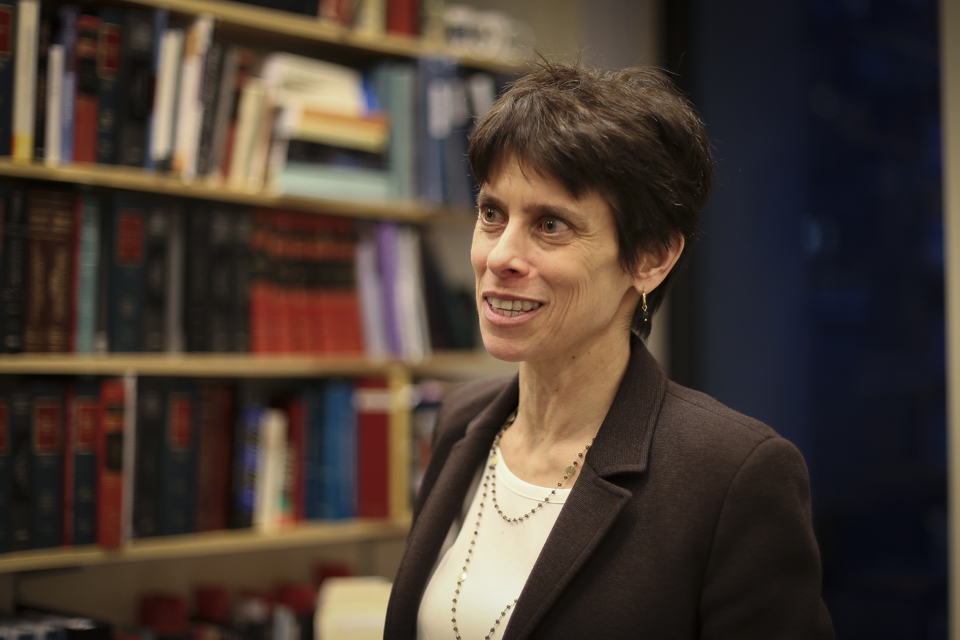 Student activists have mixed reviews for Suzanne Goldberg's five-month term as special advisor to the president on sexual assault, despite her overseeing several policy changes.

As special advisor, Goldberg was the primary administrative contact for activists seeking to change school policies on sexual assault. Although she oversaw the creation of the University's new gender-based misconduct policy, the release of aggregate data, and the establishment of a second location for the Sexual Violence Response Center, she was unable to escape criticism from students and media.

No Red Tape member Michela Weihl, BC '17, said that although Goldberg was quicker to respond to students than other administrators, "a lot of times the responses we get seem pretty robotic."

The article urged readers not to gauge the University's response to sexual violence by "short-term media coverage focused on individual students' cases," advocated for internal disciplinary procedures, and defended Columbia's policy of not commenting on cases.

As special advisor, Goldberg served on the President's Advisory Committee on Sexual Assault and created a working group comprised of administrators, faculty, and students focused on prevention and consent education.

But Weihl, who is also a member of PACSA, said that the climate of the meetings was "adversarial." She recalled a PACSA meeting held after Carry That Weight members protested being charged a cleanup fee for depositing 28 mattresses on Bollinger's doorstep. 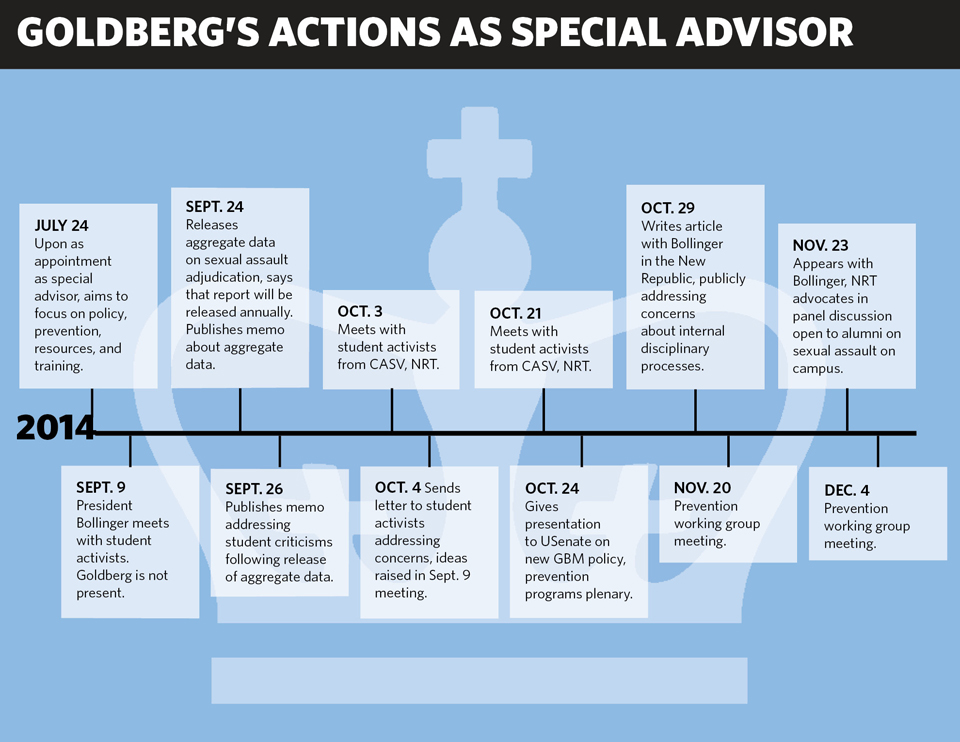 "The tension was palpable," Weihl said. "She clearly was not happy to see me or have me there."

According to Zoe Ridolfi-Starr, CC '15 and a lead organizer of No Red Tape, Goldberg's decision to prioritize prevention programming as special advisor was important but conservative.

"That's where she spends a lot of her time and energy, which is great, because prevention is very important, but it's also the least controversial thing you could do to address the situation," Ridolfi-Starr said.

Activists have said they were excluded discussions about the creation of the new gender-based misconduct policy last summer, and criticized the University for not including sanctions numbers in the aggregate data released.

Sejal Singh, CC '15 and an organizer for the Coalition Against Sexual Violence, said that activists were unsure about what the responsibilities of the special advisor really are.

"We've often had other administrators say to us that they can't do anything without her sign-off, but when we talk to her, she also says she can't do things without other people," she said. "I think that's partially the result of Columbia having a very lateral decision-making structure, but I think, since the role was created over the summer, there hasn't been enough definition about what its responsibilities and powers are."

Other student leaders have expressed similar concerns about Goldberg's new position, fearing that the last-minute title change from "student life" to "University life" implied a that the role focused less on students.

Though CCSC Vice President for Communications Abby Porter, CC '17 and also a prevention coordinator for the Coalition Against Sexual Violence, said last week that the title change seemed bureaucratic, she added that Goldberg's experience was valuable.

"It's great that someone who has been directly involved with sexual violence work on campus was appointed," she said. "I hope that, in addition to lots of other issues we've seen on campus, including trans admission at Barnard, and issues relating to Ferguson and Eric Garner."