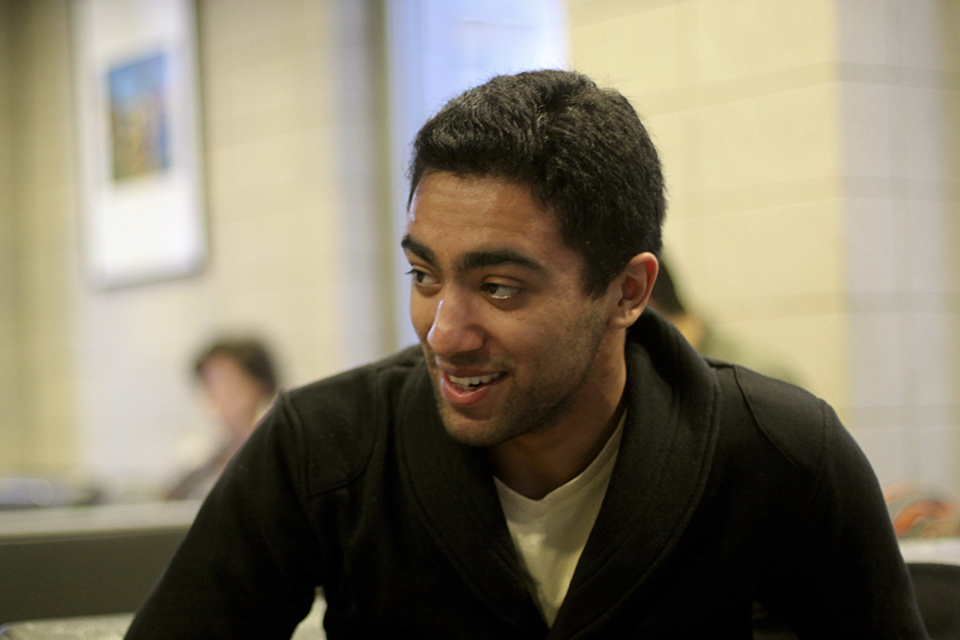 Ramis Wadood, CC 16 and a University senator, hopes the new committee will coordinate with an existing University Senate commission on race.

The announcement comes after a month marked by protests following juries' decisions not to indict the police officers that killed Michael Brown and Eric Garner. Students scrutinized limited and delayed administrative responses.

"I'm really happy to hear that the president wants to convene a larger committee to look at this problem with some perspective and kind of get all different stakeholders involved," George Aumoithe, a student at the Graduate School of Arts and Sciences and a member of the Students of Color Alliance, said.

According to members of the alliance, GSAS administrators told their group in a meeting in December that they would be eliminating the position of dean of diversity. The alliance held a speakout on College Walk protesting the decision and black trauma in academic spaces, according to Ouleye Ndoye, a GSAS student and a member of the Students of Color Alliance.

Members of the alliance have said administrators later reversed that decision.

"The whole point of the protests from our perspective was the concern that one of the main things we were saying is you can't just recruit for diversity. You also have to sustain it," Aumoithe said.

He said he would like the committee to address Columbia's "traditionally antagonistic relationship" with the surrounding neighborhood, and for Columbia to more fully include campus workers of color in the Columbia community.

According to Ndoye, who is also the students of color co-coordinator for the Graduate History Association, while Columbia actively recruits students of color, it struggles to retain them, which creates an obstacle to true diversity.

"We hope to see the Professors in leadership roles, as well as the administration, support and retain students of color once they make the decision to enroll at Columbia University," Ndoye wrote in an email to Spectator.

Kevin Fellezs, an assistant professor of music and African-American studies, said he hoped the committee would address the systemic issues that students and faculty of color face, not just issues of representation.

He said the committee still needs to define the terms of its mission.

"How it defines diversity, for instance, will signal more clearly the kinds of actions it plans to consider, the sorts of issues it decides to tackle, and the type of policies it hopes to implement," Fellezs said in an email.

Students and faculty also stressed that the committee should include participation from students.

"I applaud the committee's commitment to student involvement, and hope that there is both undergraduate and graduate student participation as the two student populations have different issues and concerns," Fellezs said.

University Senator Ramis Wadood, CC '16, said he is excited that the University is targeting such an important issue, but wants to ensure that the committee is student-driven.

"I know obviously with Goldberg's committee there's going to be administrative oversight—it was commissioned by the president—but it's intended to have students in the committee," Wadood said.

Wadood predicted that the commission, which plans to be formalized and running by the end of the semester, would be "very closely related" to the committee convened by Goldberg.

"The last thing we want is for there to be separate conversations going on about the same issue," Wadood said.

"From what we know so far, the committee that President Bollinger commissioned is going to focus on programming, as he said in his email, and our committee is really focused on institutionalizing this conversation," he added.

Wadood said he would like to see the committee confront mental health issues that students of color face, which are reinforced by systemic issues associated with hiring.

"Students who identify a certain way are more comfortable speaking to clinicians or psychiatrists who can fully understand where they're coming from," he said.

"It starts on an administrative level with hiring those people, with reading those groups, but most fundamentally, it just requires the University listening," Wadood added. "The University really needs to sit back and let the students be the leaders of this conversation on campus."