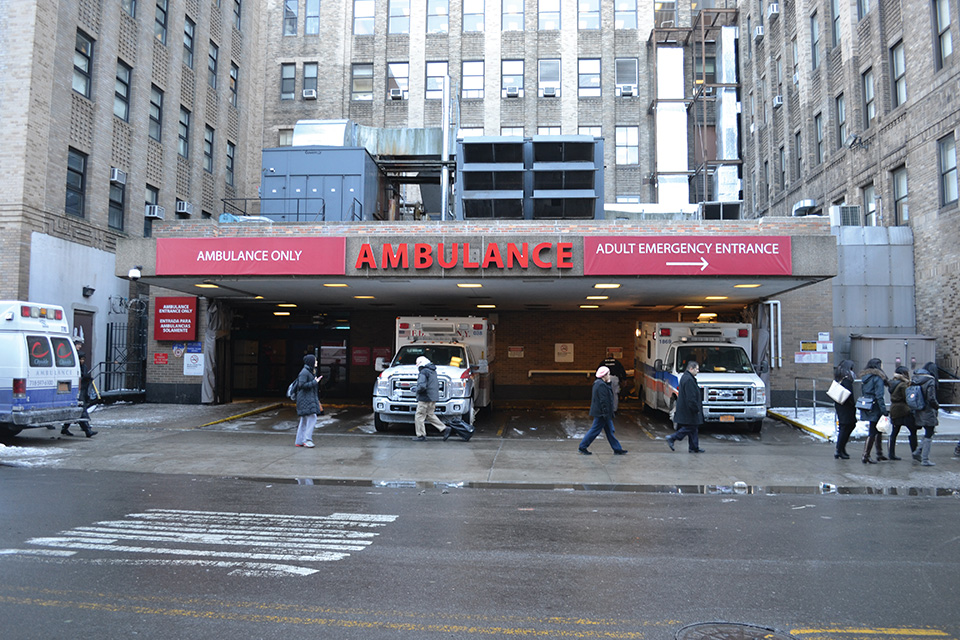 The partnership will allow for more genetics research at CUMC.

Columbia University Medical Center and Biogen Idec, a global biotechnology company, have entered into a $30 million alliance that will result in the creation of a new postdoctoral program and sequence analysis facility at the Institute for Genomic Medicine to support genomic research.

The alliance will span five years and focus on genetics projects, according to Dr. David Goldstein.

"We're starting more or less now and putting in place the infrastructure to be able to do really large-scale genomic studies really well and quickly and to be able to do all the of the necessary statistical analyses and the data generated," Goldstein said. "We'll be identifying projects of interest over time, so that will be the beginning."

Goldstein, who started at the institute on Jan. 1, left his previous position as the director of the Center for Human Genome Variation at Duke University.

Biogen Idec previously funded a two-year genomic-sequencing research project focusing on amyotrophic lateral sclerosis—more commonly known as Lou Gehrig's disease—that Goldstein led at Duke in 2012. Dr. Tom Maniatis, the Isidore S. Edelman professor and chairman of the department of biochemistry and molecular biophysics at Columbia University College of Physicians and Surgeons, also worked on that project. Goldstein said that he plans to produce more projects focusing on ALS research over the span of the five-year alliance at CUMC.

Gerard Karsenty, professor and chair of the genetics and development department at CUMC, said that the alliance is a "win-win situation for Columbia" and identified Goldstein's relationship with Biogen Idec as a driving force behind the alliance.

"Biogen was interested in working with Dr. Goldstein. The quality and breadth of science research at Columbia was viewed as a plus by Biogen," Karsenty said.

"I've been working with Biogen for some years in genetic studies, and we've felt that it worked well on both sides. So because of that history, Biogen and I, we knew that we wanted to work together," Goldstein said. "And when Biogen learned what Columbia has planned with the institute here, they judged the institute to be a very good fit to their interests in genetics. Biogen liked the foundation formed for the new institute here, so given that whole context it was natural to establish this broader collaboration here." 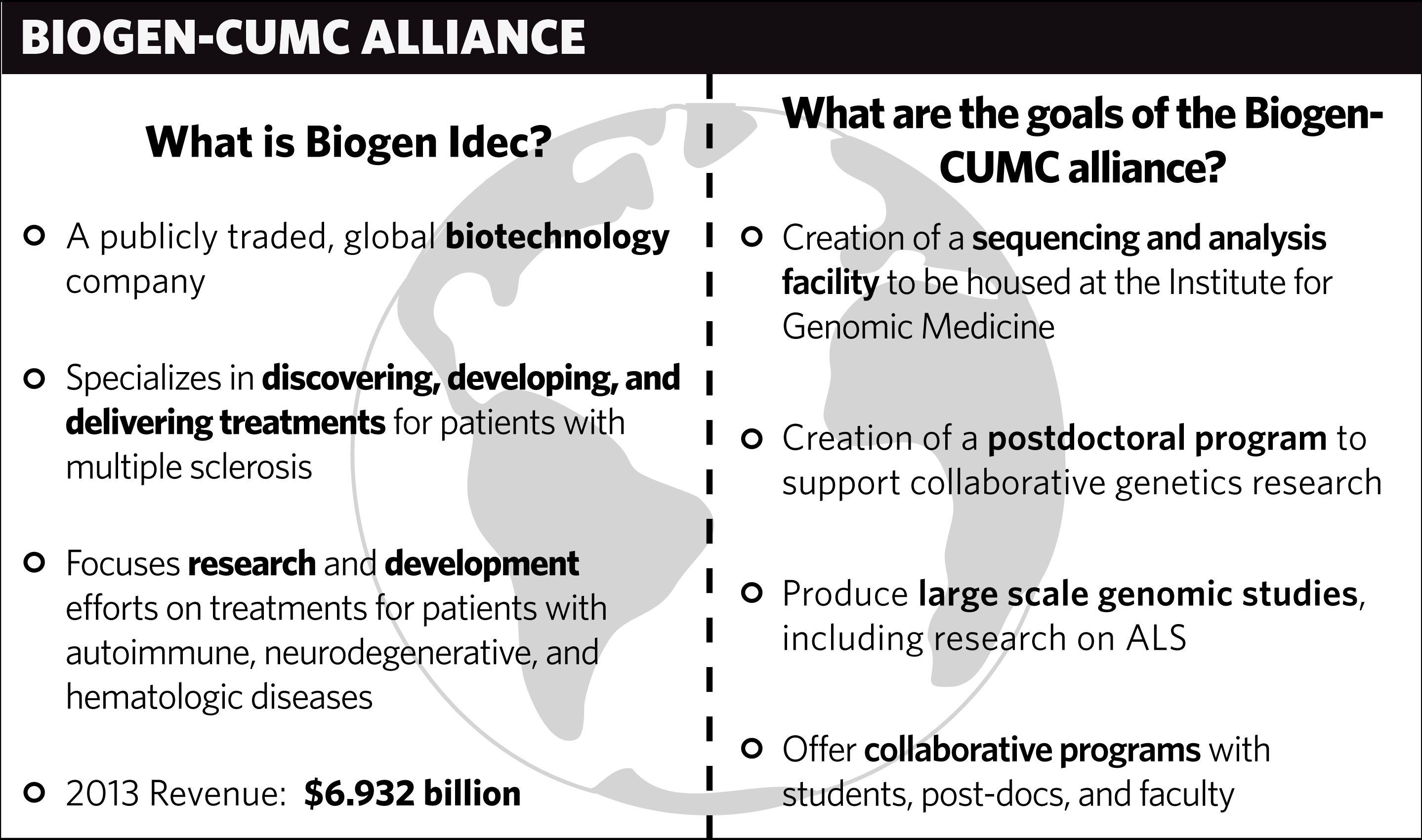 According to Goldstein, companies like Biogen are interested in developing new treatments that are closely connected to genetics.

"They have to use it at all different stages of development, and there isn't actually all that much genetics internally within companies. It's mainly going on in the academic sector. So a natural way for companies to ensure that they have the expertise that they need is to have them build these long-term relationships," Goldstein said.

Laura Johnston, an associate professor of genetics and development at CUMC, said adopting collaborative approaches would "almost certainly increase the payload in the design of targeted therapies."

"Many of us in the department are delighted with the potential opportunities that the new precision medicine initiative and the alliance with Biogen offer for collaborative programs with basic scientists at all levels at CUMC—students, postdocs and faculty," Johnston said in an email to Spectator.

However, it is unclear how this alliance was communicated to students and faculty.

"Students have not been officially notified that I know of," Karsenty said, adding that he expected they would find out soon from word of mouth.

Samantha Galindo, a genetics student at CUMC, said that Spectator's request for comment was the first she had heard of the alliance.

Still, according to Goldstein, the changes for students will be positive.

"Perhaps one of the most direct implications for students at Columbia is that this means there's going to be a lot of cutting-edge genetic research being done here," Goldstein said.