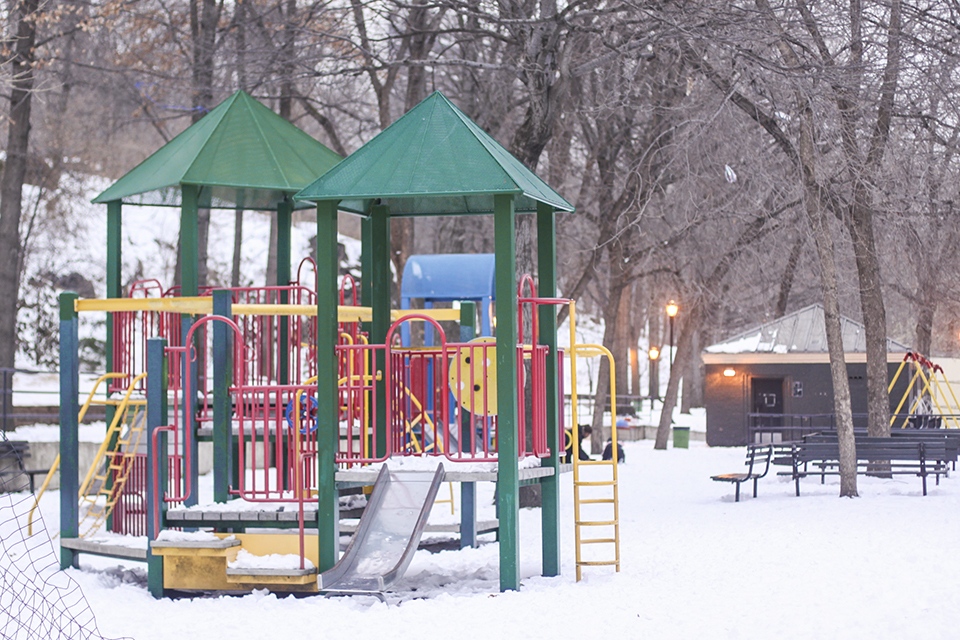 St. Nicholas Park North is one of 35 playgrounds that will receive funding as part of the $130 million Community Parks Initiative.

St. Nicholas Playground North, located at 130th Street and Adam Clayton Powell Jr. Boulevard, is slated to undergo a number of renovations from 2015 to 2016.

Discussions about the renovations are still in the early stages, but locals hope the changes will make the park safer for children.

This park is one of 35 located in high-need communities that will receive funding until the end of 2017 as part of a $130 million Community Parks Initiative from the NYC Department of Parks and Recreation.

The Community Parks Initiative selected parks in low-income neighborhoods that had received less than $250,000 in capital investment in the past 20 years. The initiative also includes funding for continued maintenance of renovated parks.

"Through funding provided by the City Council we were able to expand the number of maintenance staff working in high-need neighborhoods," Tara Kiernan, spokesperson for NYC Parks, said in an email to Spectator. "We will continue to work to secure funding for additional maintenance staff in years to come."

At a meeting last December, community members spoke to project planners about improvements that should be made to the playground, including improving the safety of the park.

"It's iffy to go there at nighttime. You never know because a boy got shot there a month or two ago. The parks were a mess before," said Mildred Estevez, a resident of the St. Nicholas Houses whose children attend P.S. 154 Harriet Tubman only a few blocks away from the park.

However, Estevez added that the parks within the St. Nicholas Houses are "much better than before," referring to renovations that the Harlem Children's Zone made to surrounding playgrounds two years ago.

St. Nicholas Playground North, however, is not part of the Harlem Children's Zone's property and wasn't involved in the HCZ's past renovations.

Cheyenna McElven, whose son attends a local preschool, said that because the playground is closely situated to Harlem Children's Zone Promise Academy, as well as P.S. 154 Harriet Tubman, it is often frequented by children.

"My son goes there. I haven't seen any issues while I've been over here, so I don't have anything negative to say about people using the park for wrong reasons," McElven said. "During the day, it's pretty convenient for children."

Although many residents, including McElven and Estevez, were not aware of the playground's renovation, they invited improvements.

"If you build up a community, it brings more money into the neighborhood. It doesn't get that run-down look like how it used to be years ago," Anthony Hardy, a resident of 131st Street and Lenox Avenue, said.