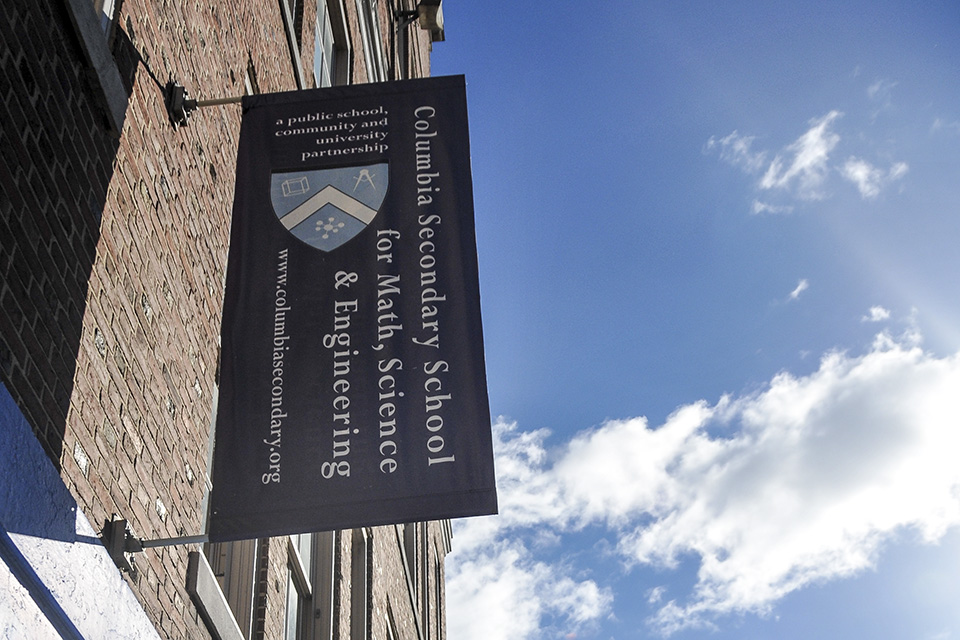 Space remains a struggle for Columbia Secondary School, now in its ninth year sharing space with two other schools on W. 123rd Street.

Miriam Nightengale, principal of Columbia Secondary School, said in an email that shared resource allocations pose challenges to running a school in a shared space.

"I think that conflicts around space actually stem from the inadequacy of the formula that is used to allocate space to schools in the first place," Nightengale said. "The difficulty around stretching resources that don't support a full program are exacerbated by having more than one school—so three schools end up trying to stretch the resources three ways instead of one way."

With constrained resources, the three schools must make the most of the entire building, which students have said includes converting storage closets into classrooms.

"We've opened up newer classrooms that we haven't used," Julie Jimenez, a sophomore at CSS, said. "Our storage closets used to be really big, but they fixed it up over the summer," Nightengale said of the converted classrooms.

"There were spaces, including storage spaces, that were renovated to provide classrooms as well as bathrooms," Nightengale said. "It does provide more classroom space, but a lack of storage space affects all the schools."

Nightengale explained that a balance between storage and classroom space is necessary.

"For example, in an engineering classroom, to build a robot may take multiple weeks," she said. "If there is no place to store the work in progress, the piece must be disassembled and reassembled for every class period. This seriously impacts factors such as design, time for building, and revisions."

The original criteria outlined by the NYC DOE Instructional Footprint School Program for Assessment of DOE Buildings did not include shared assets like cafeterias, libraries, and gymnasiums when determining whether schools could share space.

Nightengale said that the logistics of the co-locations become more difficult in larger shared spaces like the cafeteria.

"In terms of our three schools, we most feel the lack of resources around phys-ed space and cafeteria space," Nightengale said. "Although we have worked out schedules, which try to evenly allocate space, everyone feels the pinch."

Nightengale said that as a result of the tight space, students' lunch periods range from 9:30 in the morning, just an hour and a half after school starts, to 2:30, less than an hour before classes end.

KIPP STAR Principal Stacy Johnson said that the logistics of sharing the cafeteria require some of the closest communication.

"Sharing the cafeteria can often be the biggest hurdle that any co-located school deals with, but we've worked closely with P.S. 125 to make sure lunchtime in our shared cafeteria runs smoothly," Johnson said. "Together, we set up shared norms on post-lunch cleanup and transitioning students to and from lunch."

Charlie Lachow, a CSS sophomore, said that some of the space difficulties expand beyond shared public spaces to personal areas.

"We have three people to a locker," Lachow said.

Nightengale said that the shared spaces have also resulted in collaborations between the schools.

"We are also working to find ways for the students in the different schools to interact in positive ways," Nightengale said, "such as having the middle and high school students tutor the elementary students and give performances for them."