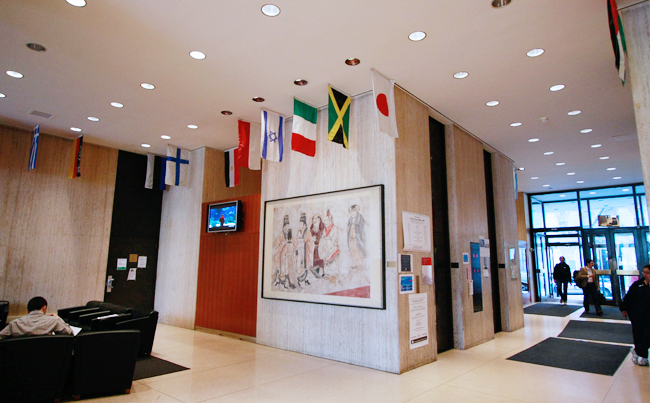 Students who took Labor and American Politics in the fall have yet to receive grades from their professor Dorian Warren.

Students who took Labor and American Politics with political science assistant professor Dorian Warren have yet to receive their accurate, final grades.

According to a series of emails sent to Warren's students by Director of Undergraduate Studies and political science professor David Johnston, Warren did not respond to "repeated, urgent entreaties" to submit final grades.

Political science department chair Page Fortna said that Warren, who joined the faculty in 2012, had set to resign his position as of July 1, 2015, and is not teaching this semester.

"He's not teaching this spring, so he's gone, he's not on campus anymore. So while he's still officially a faculty member until the end of June, he's not around," Fortna said. "We've sent him emails, we've called him, and we haven't heard back from him."

As a result, final grades had to be calculated from the results of a midterm, paper, and a take-home final, as provided to Johnston by the course's teaching assistants.

"This has never happened before, certainly while I've been chair. You know, sometimes professors get their grades in a little bit late, but … I've never known of a case that's been this late," Fortna said. "So frankly, we're in new territory here. It's not a problem we've had to solve before."

While some students received their grades—as calculated by the department—on Thursday, others have received Administrative Referral grades.

"Unfortunately, the TA's do not have records of every piece of written work for every student in this course because Professor Warren collected some of that written work to grade himself," Johnston said in an email. "I do not know whether he graded that work, and he has not provided any grades he may have given."

Warren is the host of MSNBC's "Nerding Out" and appeared on a broadcast this Thursday.

Andy Truelove, CC '17, had to hand in his midterm to the Office of the University Registrar in order to verify his grade. Since his final and paper were not graded by Warren, he will be able to exchange his AR grade for a letter grade—an outcome that might not be the case for everyone.

"The way it ended up working was the ones who turned in their tests to the TA's got their grades back today. Those that were graded by Professor Warren, for some people, it's still up in the air," Truelove said. "For those who threw away their midterm, it's probably going to be a big problem."

Johnston acknowledged in his email that most final grades were not going to be reflective of the grading standards set by Warren—who told his students a different grading policy than what was stated in his syllabus—but said that he did not have the authority to adjust or assign grades until consultation with multiple academic deans.

"He didn't outright say it, but you could just tell that his head was just somewhere else," Truelove said. "I mean, he cancelled class so many times. Once he ended up at the White House for some reason, a couple other times he just cancelled, there wasn't an explanation."

"I realize how frustrated students must be. We are also frustrated, and we're working on it," Fortna said. "If you manage to get a hold of him, tell him to get in touch with us."