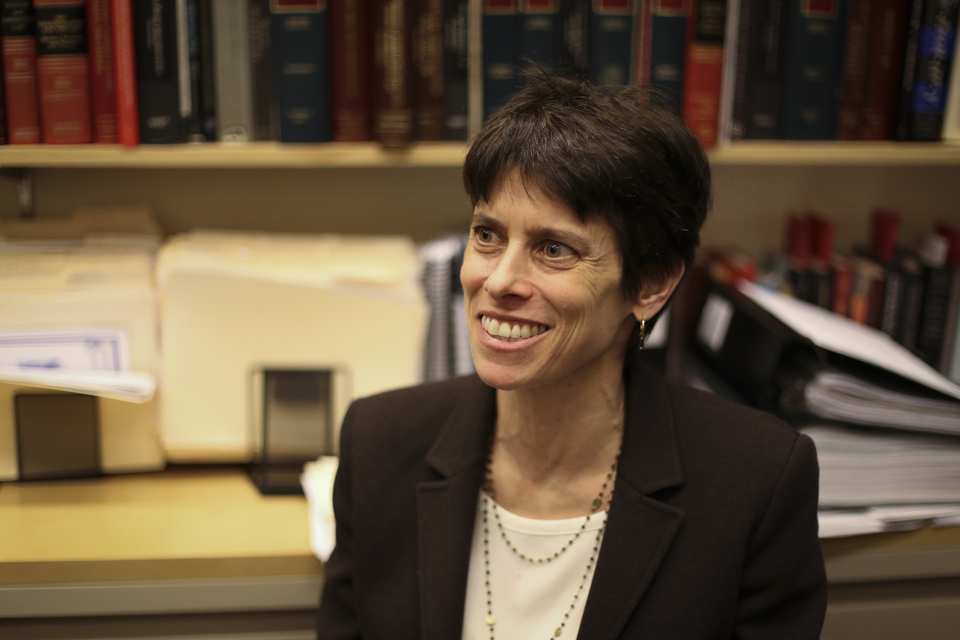 The details of a new sexual respect education requirement that must be completed before spring break were announced in emails from deans on Wednesday.

The program, which will be administered through CourseWorks, requires Columbia students to choose one of five prevention programming options in order to avoid registration or diploma holds. Barnard students will not be required to participate.

"The essence of this initiative is to reinforce that community citizenship is a critical part of being a Columbia student at any school, and that sexual respect is integral to what it means to be a member of this community," Executive Vice President for University Life Suzanne Goldberg, who spearheaded the program's development, told Spectator in an interview.

Goldberg said the variety of the programs is designed to cater to students' various levels of interest and knowledge.

"Students are at different levels of interest, experience, and engagement with these issues already," Goldberg said. "The initiative offers a variety of participation options to, in effect, meet students where they are."

The first participation option requires students to undergo an hour-long workshop facilitated by Sexual Violence Response on one of three themes: bystander intervention, healthy relationships, or support for survivors of sexual assault.

The presentation on bystander intervention training will build on SVR's StepUP initiative, which was first presented to first-year students during the New Student Orientation Program last fall.

Coalition Against Sexual Violence member Abby Porter, CC '17, said that while these workshops are a step in the right direction, they fail to achieve the standard of continuous consent education that she had hoped to see.

"The most effective way to prevent sexual violence on campus is to have long, periodic, repeated workshops over a period of time—ones that are interactive and can provide feedback to students," Porter said.

Another option for fulfilling the requirement, titled "Finding Keys to Resiliency," has been designed by SVR specifically for survivors, co-survivors, and other students who have experienced trauma related to sexual assault.

This initiative will include space for participants to exchange stories and engage in post-trauma discussion, while also providing additional online resources for support, Goldberg said.

CASV founder Sejal Singh, CC '15, who served on a working group of students, faculty, and administrators that advised Goldberg on the program, said that this option was a strong way to support survivors through training.

"Not only do we avoid triggering people, but hopefully, we are providing ways to help people heal," Singh said.

An arts option, meanwhile, will provide prompts and questions for participants to consider the topic of sexual respect through various creative media.

According to Goldberg, this choice will enable conversation by sparking discussion from students' artwork, while creating material that can be used in future prevention programming.

Projects must "represent a good-faith effort to address the topic," may not be sexually explicit, and may not comment on a specific individual without their consent, Goldberg said. Student participants will also be required to submit a statement alongside their work.

Before creating their own projects, students will be required to view at least three artistic representations available on CourseWorks.

The videos, writings, visual art, and performances submitted through this initiative will be posted on a curated website—from which a panel of alumni will then choose certain pieces to highlight at an event in the spring.

Finally, students will also be given the options of attending a film screening and engaging in a subsequent group discussion or viewing at least three TED talks and then responding with short reflections, which will be read by University staff following the program's completion.

Public health professor Leslie Kantor, who also serves as Planned Parenthood's vice president of education, said that the program is unprecedented in the wide range of ways it addresses sexual respect.

"It's very hard to come up with an intervention that is a fit for freshmen at Columbia or the School of Engineering [and Applied Science] and grad students who have been married for eight years," Kantor said. "There are a lot of different people in this category, and the really exciting part is that everybody is engaged in some way."

But to Porter, options like the TED talks would provide less engagement and instruction for students.

"Yes, people have different learning styles, and specific content needs to be learned in different ways, but this content can't be learned by sitting," Porter said. "A video can't open up a dialogue for as many people as a workshop or film talk-back could."

However, Goldberg said that first-year and sophomore students in particular will be targeted to benefit from the workshop structure.

"The idea is that in-person conversation for students who are likely to be early in developing their relationship-building skills might find these especially useful," she said.

She added that each school will have a slightly different respect program specific to the needs and characteristics of its students—particularly in graduate schools and the School of General Studies.

"There's nothing that is age-limited," Goldberg said, but "some of the trainings are going to be more interesting to younger students … some to older."

Student activists from No Red Tape, who interrupted an information session for prospective students on Tuesday morning, criticized the requirement for failing to meet student demands.

"This program demonstrates a blatant neglect of established facts and student feedback and follows a larger pattern of Columbia administrators prioritizing the University's image over the well-being of students," Michela Weihl, BC '17, said at the protest.

Students interviewed on Wednesday, though, expressed mixed opinions of the initiative as a whole.

"It feels like it's another Under1Roof," Kieren Weisert, CC '18, said. "A lot of these things from these sessions just turn into jokes. This is just something the University is doing to placate the problem, instead of actually solving it."

Tonia Ogundipe, CC '17, said that the program is an important addition.