UPDATED: 600 W. 116th residents told to 'find shelter' for the night as FDNY confirms fire is under control

UPDATED: 600 W. 116th residents told to 'find shelter' for the night as FDNY confirms fire is under control 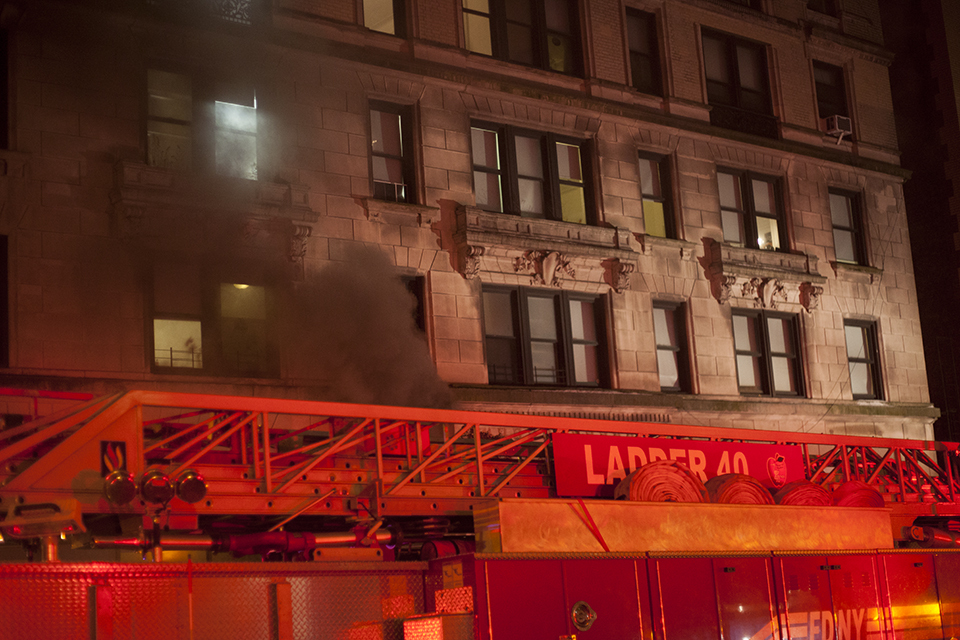 Two students have been injured in an ongoing fire at a Barnard dorm at 116th Street and Broadway, according to New York Fire Department officials.

Three students were transported—and have since been released—to St. Luke's with minor injuries sustained in a fire at a Barnard dorm at 116th Street and Broadway, according to New York Fire Department officials.

At around 2 a.m. Wednesday morning, Barnard Public Safety texted students informing them that 600 W. 116th Street will remain closed for the night, and that further updates will be announced in the morning.

The fire started around 11 p.m. in 600 W. 116th Street on Tuesday evening. FDNY confirmed there were 25 units and 106 firefighters on the scene less than an hour into the fire.

According to residential advisors and public safety officers on the scene, and a text sent at 12:21 a.m. to Barnard students, residents of 600 W. 116th Street should find friends' rooms to sleep in. 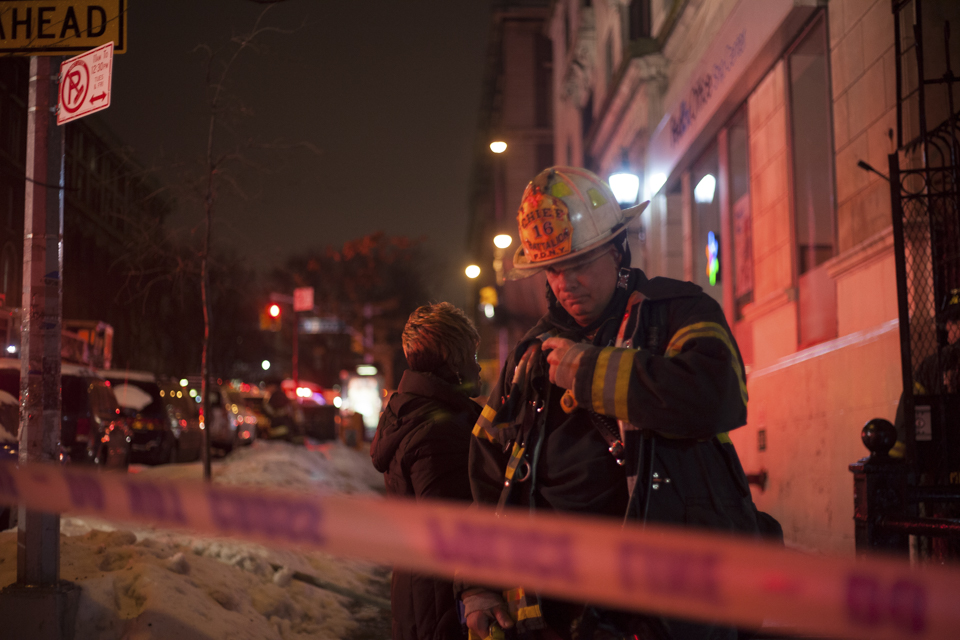 FDNY officials confirmed that the fire was under control as of 12:46 a.m. Wednesday morning.

600 W. 116th Street and buildings in Barnard's residential quad were evacuated after the fire broke out. Quad residents and all residents of the 600s block except for those who live in the 600 W. 116 Street were allowed to return to their rooms, while residents of 600 W 116th Street were able to enter their rooms around 8 a.m. on Wednesday morning. Adminstrators said heat would be restored to the building by Wednesday evening.

A form for students who may be displaced by the fire to find temporary housing is available here. An email from Barnard communications sent around 1:40 a.m. directed students to the form, and said that students who could not find alternate housing should email aaversa@banard.edu. Barnard has also set up a page on its website where it will update students on the fire.

"We know that many of you are exhausted and overwhelmed from this frightening experience, and that your routines have been significantly disrupted. If you have concerns that you want to discuss about your classes or assignments, please be in touch with your class dean," an email from Barnard President Debora Spar and Dean Avis Hinkson said in an email sent to students at 10:20 a.m. on Wednesday. 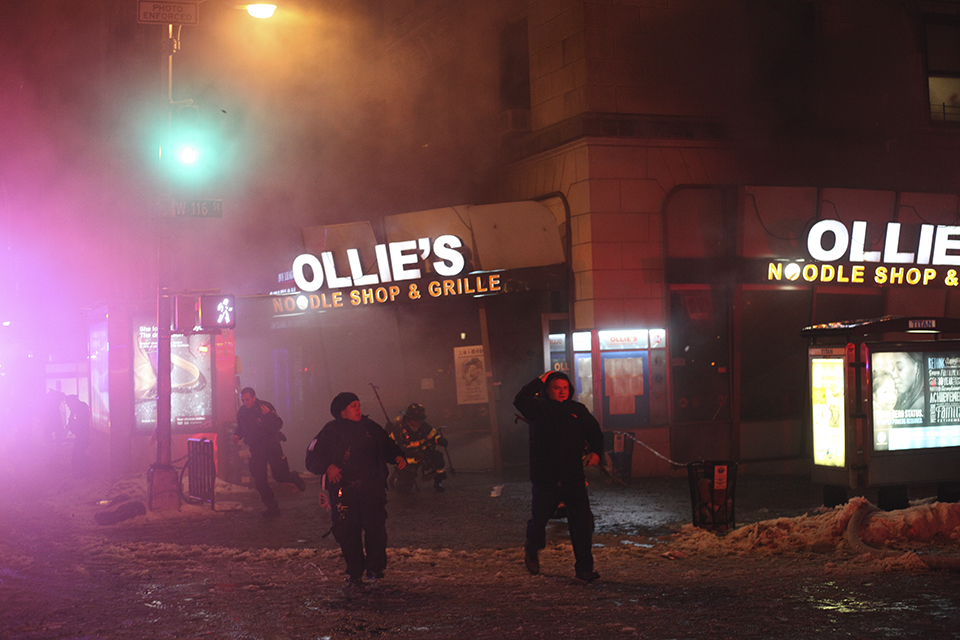 At around 11:30 p.m., windows collapsed at Ollie's, the restaurant on the ground floor of the building. As of 11:40 p.m, Barnard had not sent students an emergency alert regarding the fire.

Students have vacated the building, and are gathered on the streets surrounding the dorm. 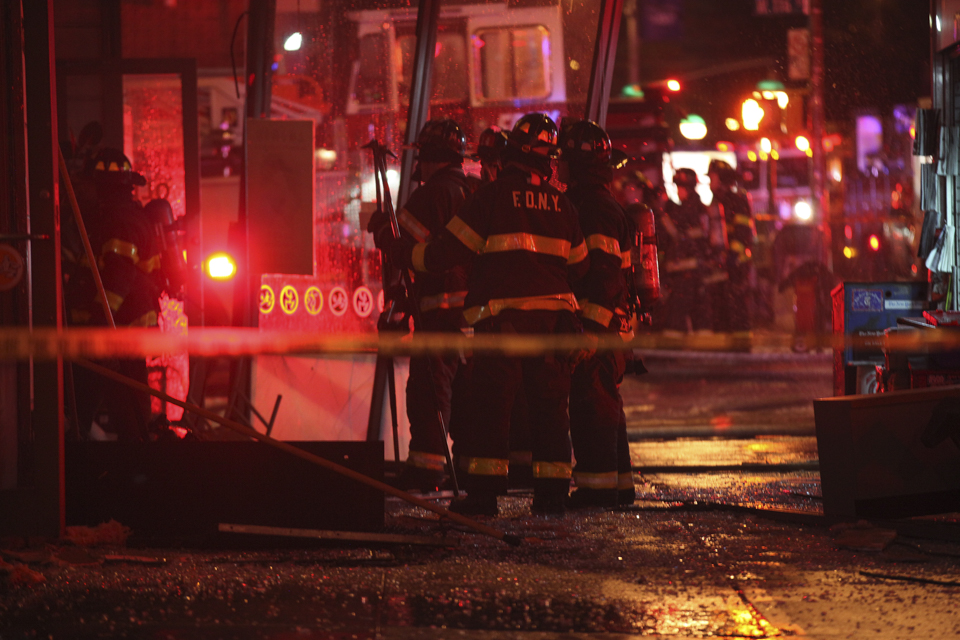 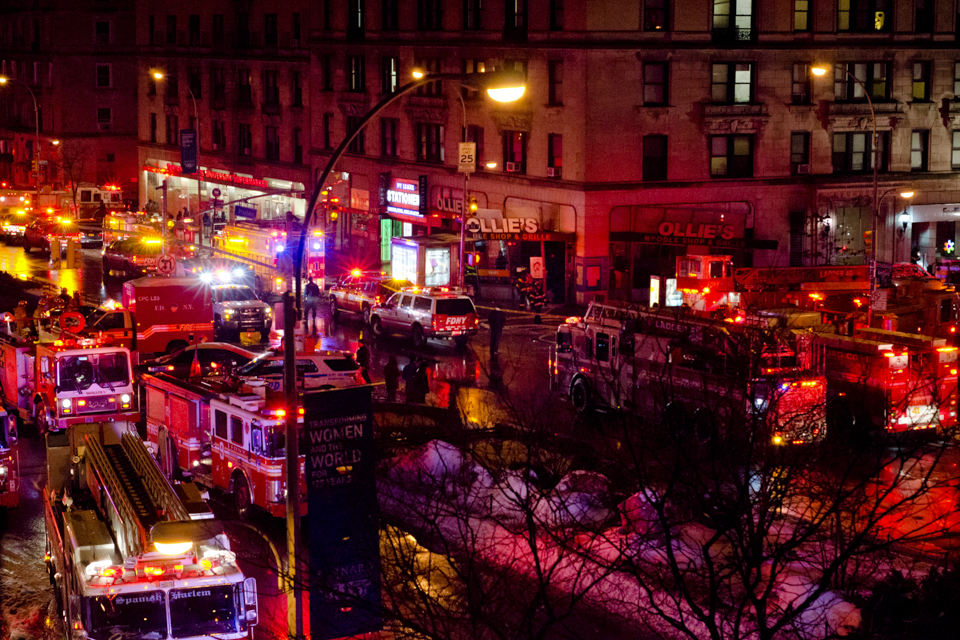