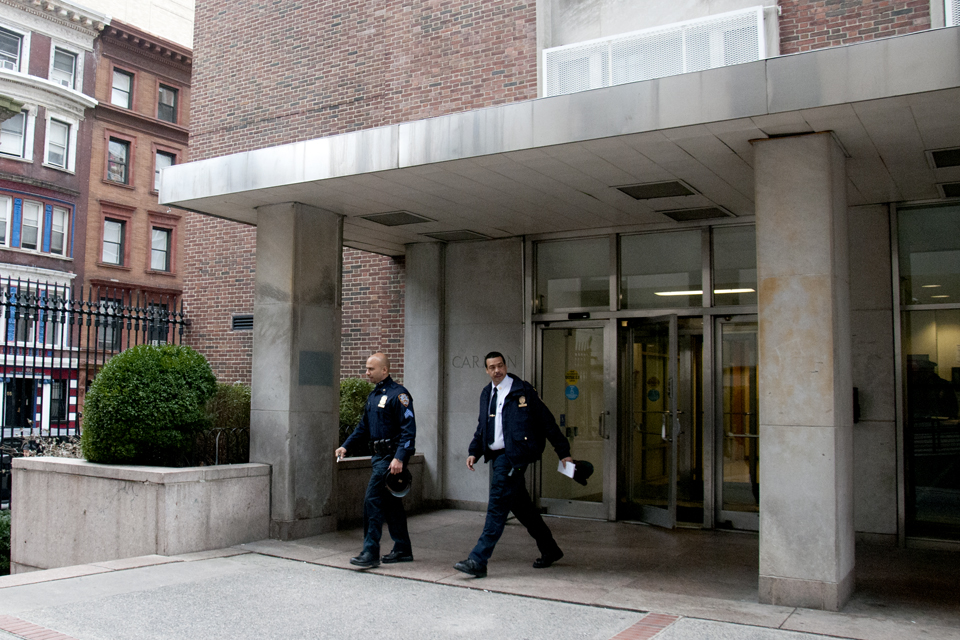 While a photo appeared to show that Public Safety officers detained a Columbia College first-year in a chokehold outside Carman Hall on Thursday morning, University officials said that officers had a reason to exert force and acted in compliance with the law.

Gesiye Souza-Okpofabri, CC '15, posted a photo of the student on Twitter on Thursday morning with the caption "Handcuffs and chokeholds as taught by the #nypd thanks #cupublicsafety for reminding me of who u are."

"At approximately 11:15 a.m., a Columbia affiliate was detained by Columbia Public Safety, after exhibiting disturbing behavior in the lobby of an undergraduate University residential building, and while awaiting the arrival of residential programs staff, the affiliate decided to flee the area," a University spokesperson said in a statement.

"The affiliate was intercepted in the vestibule of another undergraduate residential building, and although resisted, was restrained by Public Safety officers."

The spokesperson added that all actions taken by officers were consistent with Public Safety training and Article 35 of New York State Penal Law, which states states that physical force can be used to avoid the "imminent use of unlawful physical force" by an aggressor on another person.

According to the spokesperson, no injuries were sustained, and minimal force was used.

"The use of force of any kind is rare at Columbia thanks to the shared communication, respect and trust within our community," the spokesperson said.