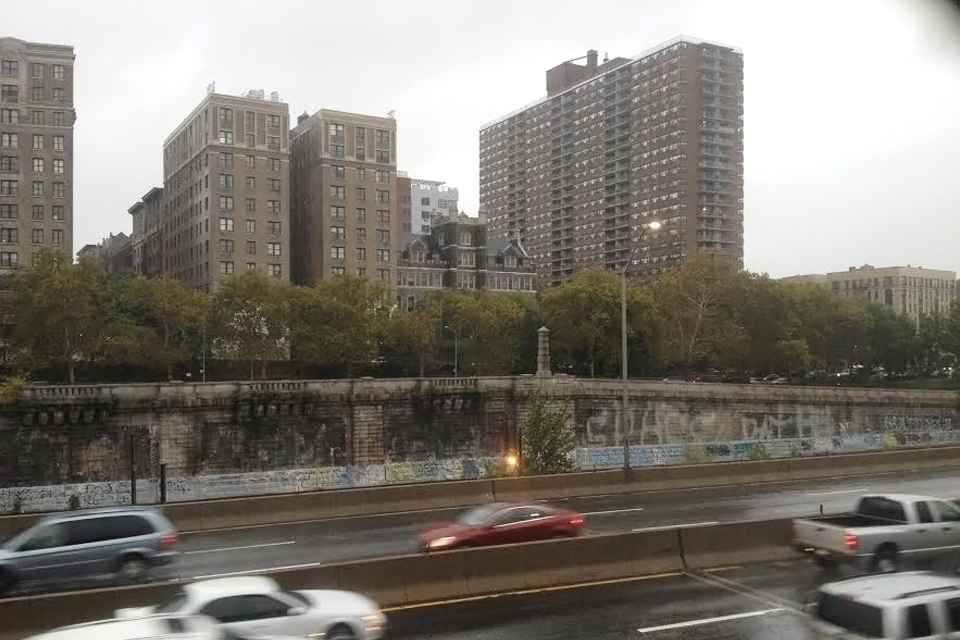 Apartments along West Side Highway in Harlem.

In June, a review of New York State's rent control laws will affect the fate of thousands of Harlem families living in rent-controlled apartments, lawyers say.

Harlem housing advocates said they would like the review to strengthen rent control laws to preserve existing affordable housing rather than build new affordable units.

Advocates and lawyers said they would like lawmakers to stop landlords from removing rent controls on their units and increase oversight of developers who claim tax exemptions for their often dubious promises to build new affordable units in the neighborhood.

"Instead of building more development housing, we need to revise the rent laws that are currently in place," she said.

Originally implemented by President Franklin D. Roosevelt in the 1940s, rent control set out to prevent the booming wartime economy from inflating housing prices by freezing rents nationwide. After most of the nation returned to normal rents, jurisdiction of rent control in New York City passed between federal, state, and city control over the next several decades. In the process, the original legislation picked up amendments that gave landlords more freedom to remove controls from their units, allowing them to increase prices to market rate.

In Harlem, housing prices are rising rapidly. Median sale prices have climbed from $200,000 to nearly $800,000 since 2002, and Harlem rental prices increased more than any other area in Manhattan between 2013 and 2014. Over 1,000 buildings in Harlem zip codes contain rent stabilized units, though exact numbers are hard to come by as landlords move to deregulate their units.

The review comes with the expiration of a 1971 law that cleared the way for landlords to deregulate units that tenants vacate voluntarily.

“It doesn't help students either. It doesn't help Columbia students who want to stay in Harlem and be part of the community." — Afua Atta-Mensah, the director of litigation for the Urban Justice Center, referring to current rent control legislation.

David Hershey-Webb, a partner at Himmelstein, McConnell, Gribben, Donoghue & Joseph, a small Manhattan law firm that specializes in real estate litigation and transactions, said that stopping the loss of rent-stabilized apartments across Harlem should be the priority.

Afua Atta-Mensah, the director of litigation for the Urban Justice Center, said that she believes that preserving affordable housing and creating new units must go together.

Still, she added, legislation offering tax breaks to developers must be tightened.

Atta-Mensah thinks attention should focus on the 421-a Tax Exemption Program, which allows buildings developed above 110th Street to get 15-year tax exemptions without providing any affordable housing units, and a 25-year tax exemption if 20 percent of the units are for low-income households.

Atta-Mensah said that currently, the ratio of market-rate to low-income units that qualifies for longer tax exemptions is too high.

She added that the affordable units that are promised are almost never delivered, due to legal loopholes and a lack of oversight.

"There should be something where there's a clear percentage [of affordable units] to get the tax break," she said.

To this end, Alicia Barksdale, the president of the 3333 Broadway Tenants Association, a 2,000-unit building on 135th Street and Broadway and formerly part of Mitchell-Lama, said that new housing should only be built if the ratios of market-rate to affordable units that qualify developers for tax breaks are changed.

However, Jamaal Nelson, Democratic District Leader of West Harlem, said that the solution must be two-pronged, and money and effort should be spent both on preserving the affordable housing stock and constantly creating new affordable units.

"The housing crisis is going to require a comprehensive treatment plan," he said.

Although housing advocates have already been preparing for the June review for months, several said they would still like to see more people join in their work.

Hershey-Webb said that more market-paying tenants should participate in the advocacy.

"The legislators need to start hearing from market tenants," he said.

Atta-Mensah also asked for more involvement from students, particularly from Columbia, that are moving to Harlem, since the gentrification and loss of affordable housing affects them as well.