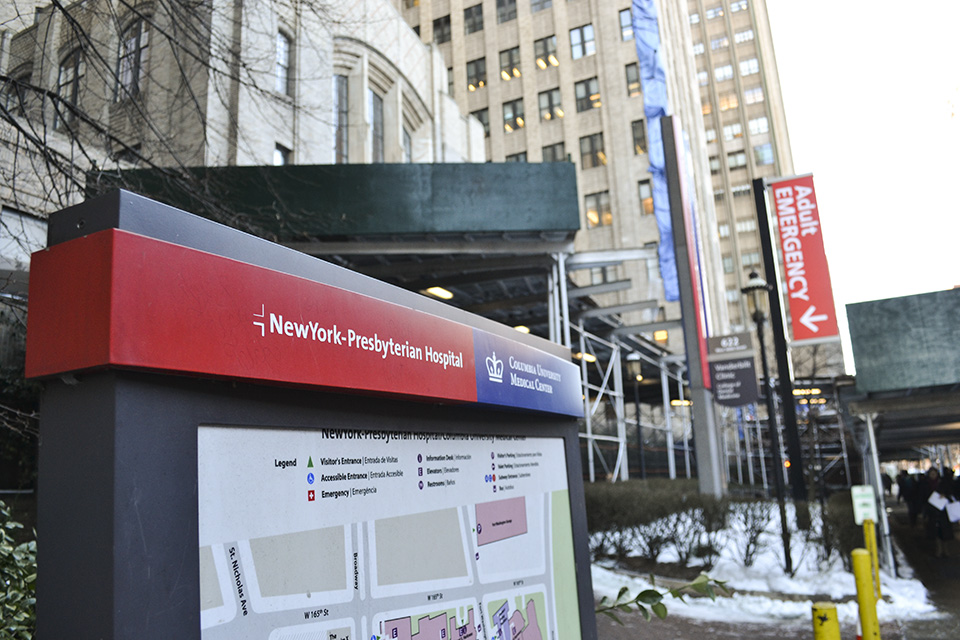 Administrators said that the office, which is located in Bard Hall, has opened to increase accessibility for students on the Medical Center campus.

"It is very critical having a location that people can walk to," SVR Director La'Shawn Rivera said. "The commute from uptown to downtown—although people may not think it's much—it actually is quite a bit, especially when we're talking about a person that has recently experienced a form of trauma."

Rivera said that the lack of awareness of the resource among Medical Center students was one of the reasons for adding the new office.

"It is going to be easier for us to raise awareness, to provide that outreach if we're physically here versus trying to carve out time to come uptown," she said. "It provides the level of accessibility that we are already providing to the students of Morningside campus."

The office will be open five days a week. Lisa Haileselassie, the assistant director of SVR, will be there every day. A survivor advocate, someone who works with survivors in making legal, disciplinary, and medical decisions will rotate between the Morningside Heights and Medical Center campuses. Professionals teaching bystander intervention and training peer educators will also split their time between the two locations.

According to Haileselassie, the office will allow survivors to talk confidentially with peers or professionals, train more of the medical campus in bystander intervention, and raise awareness through fliers and events.

Jessica Steinke, Mailman '16, stressed the importance of raising awareness of these resources on campus.

Steinke, who studies sexuality, and sexual and reproductive health, is also a member of the Sexual Health Advisory Group (SHAG).

"It's not enough to have the services if students don't know about them," she added.

Steinke also said she hopes the Medical Center campus, in addition to the SVR office, can add more of the services that are offered downtown.

The uptown campus already offers mental health support, and wellness and medical services from the hospital. However, other services, as SVR had done previously, require students to come to the Morningside campus.

Steinke and Truong both said that student culture is different at the four Medical Center graduate schools than on Morningside Heights—a distinction they hope administrators take into account with the new office.

"Here, everyone lives everywhere," Truong said. "People are full-time students, and many work full time. Hours are different. They need to take that into consideration with this office."

Steinke added that because of people's schedules, required activities such as the University's sexual respect requirement, are not always the most effective.

She added that there is a different knowledge base at the Medical Center campus. For some students, issues of gender-based misconduct are tackled in their classes.

"It is important to acknowledge that it is not going to look exactly the same," Steinke said.

Truong said she hopes the hours can be flexible at the new office, allowing the maximum number of students to utilize the resources.

According to Rivera, before the move, the resources were available to students, but it was more difficult to coordinate, particularly when students wanted to meet on the Washington Heights campus.

"If a student was uptown and wanted to meet with a professional staff member or volunteer, we'd either coordinate with them coming downtown, making an appointment and meeting with someone or we'd work with the wellness team here and find a private office to meet with the students on this campus," Rivera said.

Second-year medical student at the College of Physicians and Surgeons, Ashwini Dhokte agreed that it is important to have more of the resources uptown that are currently offered on the main campus, such as an SVR office.

"Generally, a lot of students aren't aware of what is going on on the undergrad campus," Dhokle said.

SHAG member Michelle Truong, Mailman '16, said she was surprised to hear that there was not an SVR office on campus when she first arrived last semester.

"I think they're really responding to pressure," she said, referring to student activism on sexual assault.