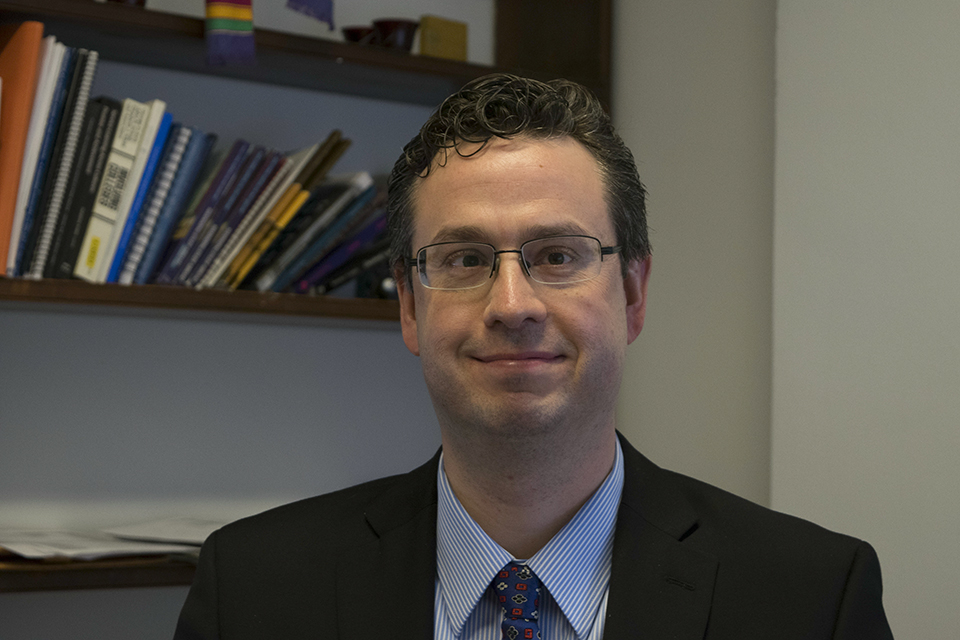 Associate Dean of Global Education and Fellowships Scott Carpenter says the office is not looking to hire new fellowships staff.

Though students have complained that Columbia's Office of Global Programs Fellowships Office is understaffed and overworked, Associate Dean of Global Education and Fellowships Scott Carpenter says the office is not looking to hire new fellowships staff.

Carpenter said that instead of hiring new staff members, his own role within the office has shifted so that he focuses solely on advising and administration for fellowships. Carpenter began overseeing fellowships over the summer in addition to his responsibilities for non-Columbia study abroad programs, but since October, his focus has been mainly on fellowships.

Alongside Carpenter, Jodi Zaffino, program coordinator for fellowships, is the only other member of the office who works on fellowships full-time.

Plans for new hires have been focused more on the study-abroad side of the office, which currently has six staffers that work under Dean of Undergraduate Global Programs Michael Pippenger, with plans to hire another assistant director of study abroad, according to Carpenter.

"I really feel like we're able to see students and give them the kind of attention that they need," Carpenter said. "And with the extra attention that Dean Pippenger can provide just with his long experience with fellowships, I would say that we got it covered."

The decision not to hire any additional staff follows a period of heavy student criticism and staff turnover in the office. In 2012, the office was folded into the Office of Global Programs and tapped two full time staffers—Paul Bolhmann, who had worked in Harvard's fellowship office, and Therese Workman, who worked in Portland, Maine, as a learning specialist.

But Workman and Bolhmann eventually left the office by October 2014, leaving the office without full-time staffers until Zaffino was hired. Pippenger and Carpenter split responsibilities during that interim period.

"We're a top producer," Carpenter said. "We were again last year for the Fulbright, so that's a really good channel for students."

"You have to have a huge staff processing all of these things for you, and it's much easier with a large staff to babysit you through every step, but I think that the Columbia office is too small to have all those dedicated resources," Eric Wong, CC '15, who recently won a Fulbright to Finland, said.

According to Columbia's Fellowships Office website, Columbia's last Rhodes Scholarship was awarded in 2010.

"I was a little surprised over the summer when I didn't get much feedback when I sent out completed drafts," Wong said. "I got a lot of assistance with contacting the schools and the programs I was applying to and that was good, but I kind of noticed that the assistance seemed to fall off by the time the new academic year started."

"I don't think necessarily Columbia held my hand every step of the way," Wong said. "I had to do a lot of work on my own."

"I do have the sense that the process of selecting nominees for various fellowships at Columbia is more hands off than it is at other schools," Daniel Listwa, CC '15, a winner of the Mitchell Scholarship, said.

"I anticipate that a large number of Columbia students would be able to obtain fellowships if the University works harder in identifying potential candidates earlier and working with them to develop the background knowledge to create really stellar applications," Listwa said.

But Carpenter maintains that the office can handle the load.

"I like to think that we're really proud of the work that we're doing," Carpenter said. "We're able to really provide students a comprehensive advising structure."