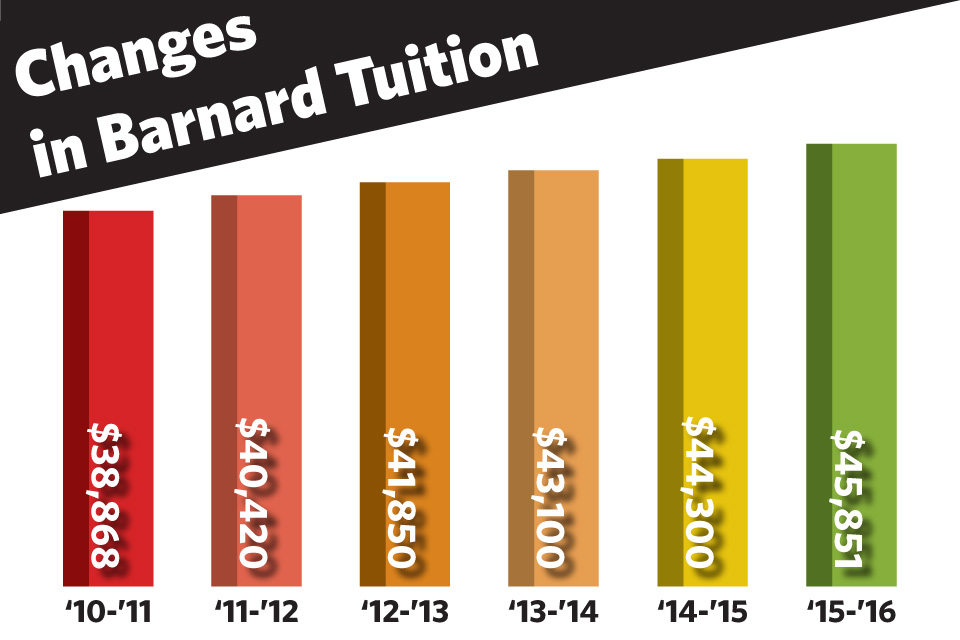 Barnard students will be paying a little more in the 2015-16 school year.

Tuition and fees will increase by 3.4 percent in the upcoming academic year, Dean Avis Hinkson and Chief Operating Officer Rob Goldberg said in an email to the Barnard student body on March 26.

"Costs of running institutions like ours across the country are growing," Goldberg told Spectator on Friday. "We need to maintain our facilities, recruit and retain our faculty, provide the academic services we provide, pay the staff benefits."

"We try to keep the increases as low as we possibly can and I think this is in line with the past, a little bit higher, but it's not wildly out of bounds," Goldberg said.

Barnard's peer institutions have been experiencing similar increases in costs in recent years.

Bryn Mawr College is increasing tuition by 5.4 percent for the upcoming academic year. This will make the costs of tuition, room and board, college fees, and student government dues $61,990 for the 2015-16 school year.

Columbia College has yet to release the price of tuition and fees for the 2015-16 academic year.