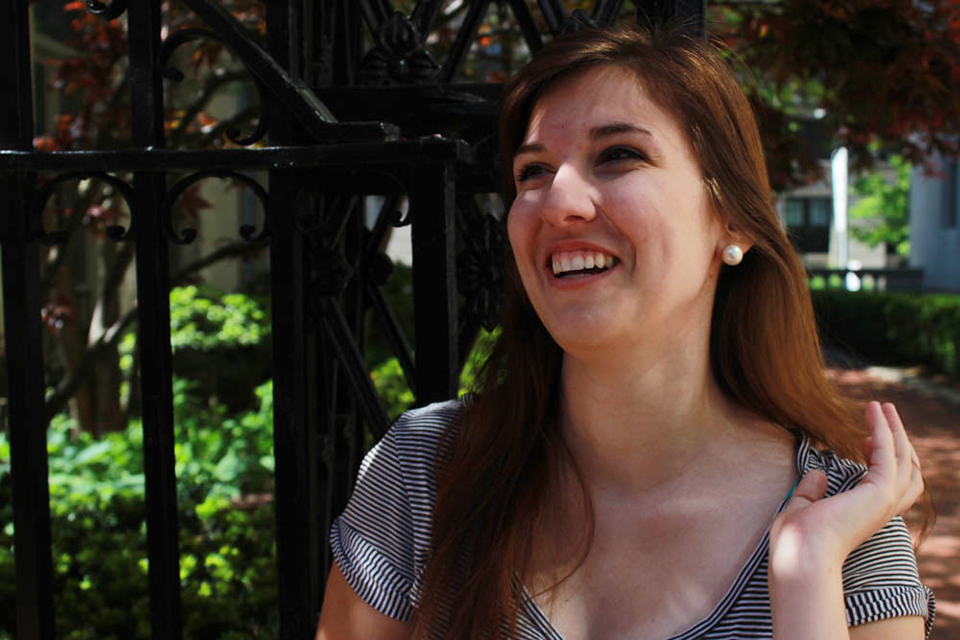 After all, the urban studies major wrote her thesis on Columbia's social culture and students' struggle to find a sense of belonging.

In researching the paper, titled "The War on Community, The Search for Solidarity," Welman interviewed over 65 undergraduate students and alumni about their social lives at Columbia and their perceptions regarding the War on Fun, a term coined in 2007 to describe an increase in the creation and enforcement of University alcohol and party policies.

As she interviewed students and pored over articles for research, Welman said she noticed a shift in how students have viewed the administration's role in fostering campus social culture since the '80s and '90s.

"Just looking at the articles now compared to then, it [the War on Fun] is so much less about bar raiding and so much more about what can Columbia do for us, and I think that's such an important shift in vision," Welman said. "I didn't see it at the beginning of writing this paper, but we're talking about a totally different Columbia."

Students in the '80s and '90s "didn't really rely on Columbia to host events for them," Welman said her interviews with alumni revealed. Student expectations, however, have changed since then.

"There's a very tangible consensus that students are not necessarily happy with their social life here," Welman said. "I think what my paper culminated in understanding is that Columbia has an understanding to take care of its students not just academically and security-wise, which I think it does amazingly, but it also has a social responsibility."

Welman attributes the shift to a change in the demographics of the students applying to and matriculating at Columbia following the switch from a Columbia-specific application to the Common App. Columbia adopted the Common App in 2010, the last Ivy League school to do so.

As students struggle to find a sense of community or belongingness, Welman predicts that Greek life on campus will become more and more popular.

"You pay money towards your dues, and you get something out of it. A lot of things with Columbia funding is a little murky and not necessarily very clear to a general body. I think Greek life offers transparency, and it offers a community, family aspect," Welman said.

Welman found her family on campus in the literary fraternity Alpha Delta Phi, adding that the decision to join the group was the best one she made at Columbia.

"I think she was a really great leader, and her being president created this relationship between her and the house, that they knew they could go to her for anything, ADP-related or otherwise," Shriya Manian, SEAS '15 and a close friend of Welman's in ADP, said. "She really carried us through some difficult moments and saved the house when anything was going wrong."

When New York Magazine published a cover story in September on the sexual assault protests at Columbia, it described ADP as the co-ed "hipster frat" where Emma Sulkowicz, CC '15, met her alleged rapist Paul Nungesser, CC '15. New York Magazine photographer Sandy Kim snuck into a party at ADP and took photos, which were ultimately not used in the article.

"Having someone infiltrate our house and break our trust was such a hurtful feeling as president," Welman said.

But for Welman, the experience reinforced the sense of community present in ADP.

"It was definitely a hardship, but people were there for me," Welman said. "We really came together as a family."

Welman hopes to put her love of interacting with people to work post-graduation, considering jobs in college admissions, consulting, and producing.

"My ideal goal, wherever I end up, is to just be moving around, talking, working with people, not just facing a computer screen every day," Welman said. "I don't think that's the way we've been taught at Columbia."