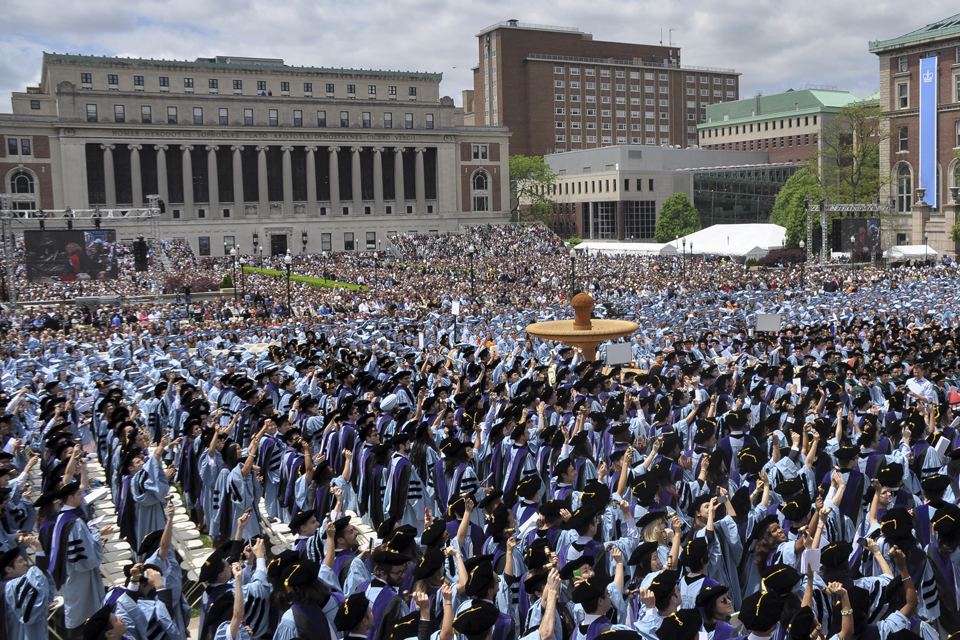 As University commencement came to a close Wednesday, the opening notes of Frank Sinatras New York, New York made it official: the class of 2015 had graduated.

As University commencement came to a close Wednesday, the opening notes of Frank Sinatra's "New York, New York" made it official: the class of 2015 had graduated.

The ceremony, in which graduates from Columbia University's 16 schools were conferred their degrees, also featured the presentation of awards and honorary degrees. Andrea Elliott, Journalism '99 and a Pulitzer Prize winning journalist for the New York Times received the University Medal for Excellence. Bill Campbell, CC '62, TC' 64, and chair emeriti of the board of trustees received an honorary doctorate of laws.

In her opening remarks, University Chaplain Jewelnel Davis spoke of the exceptional responsibility graduates have as Columbia alumni. 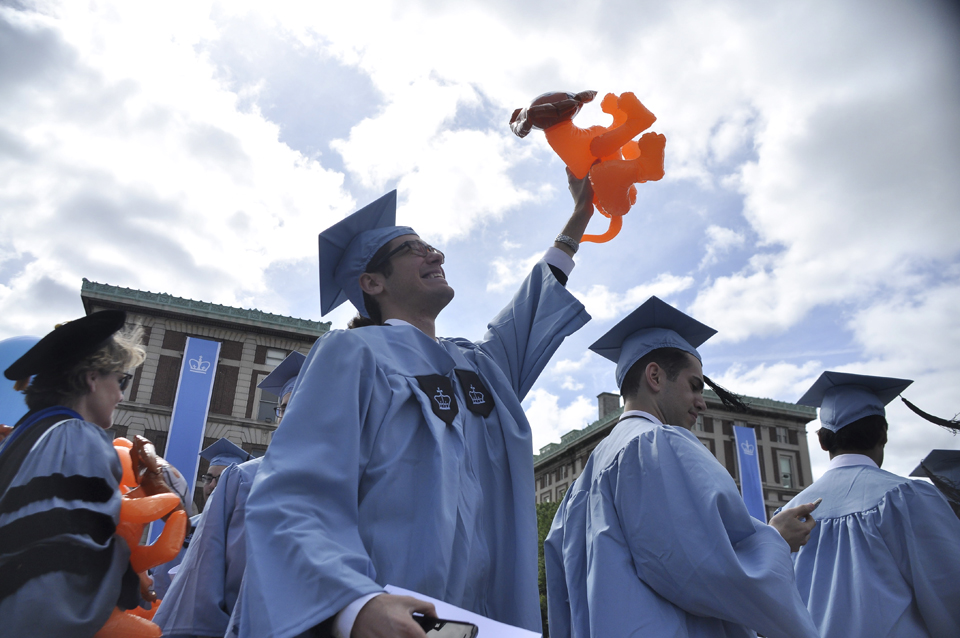 "Your Columbia University degree will identify you as among the best educated women and men in the world," Davis said. "You are heading into a global community that is magnificently diverse and precariously complex. As Columbia University graduates, you will have the opportunity and responsibility to address some of the most critical local, national, and global issues of these times."

University President Lee Bollinger's commencement address began on a light note, congratulating the graduates on their scholarship and accomplishments.

"Somehow papers were written, presentations made, finals were taken and apparently, passed," Bollinger joked. "In an age of digital distraction and binge watching Netflix, you have succeeded."

His speech then characteristically turned to freedom of expression and freedom of thought, noting that "even a passing glance of reports of events around the world" reveals an "unprecedented rise of issues" in other countries, citing instances when foreign governments imprisoned journalists and dissenters. 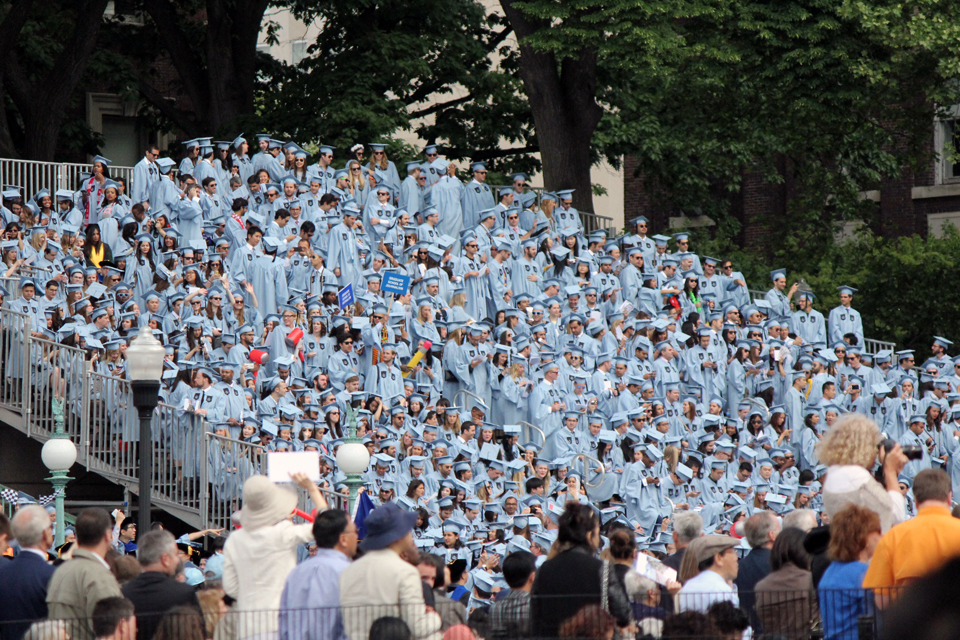 "You have had this [academic] experience in a nation that protects freedom of thought more strongly than other nation on earth or perhaps in history," Bollinger said.

Bollinger emphasized the significance of crises and injustice in other countries as technology strengthens global interconnectedness.

The address ended on an optimistic note, with Bollinger telling the graduates that they have made his work at Columbia "a joy and privilege."

"Every time I have opportunity to interact with students I feel how extraordinary you are," Bollinger said. "We envy the opportunity you have to shape a world that has so much promise and potential."

"I thought it was great. It was very political, I come from SIPA, I felt like he was talking to us. It resonated with us particularly," Leslie Myers, SIPA '15, who earned a Master's degree in International Affairs, said of Bollinger's address.

"I feel like it's a rite of passage," Sarah Libowsky, CC '15, said of commencement. "Our class day was much more personal, but it was nice to see all the colleges and schools together. You really feel apart of the University community."