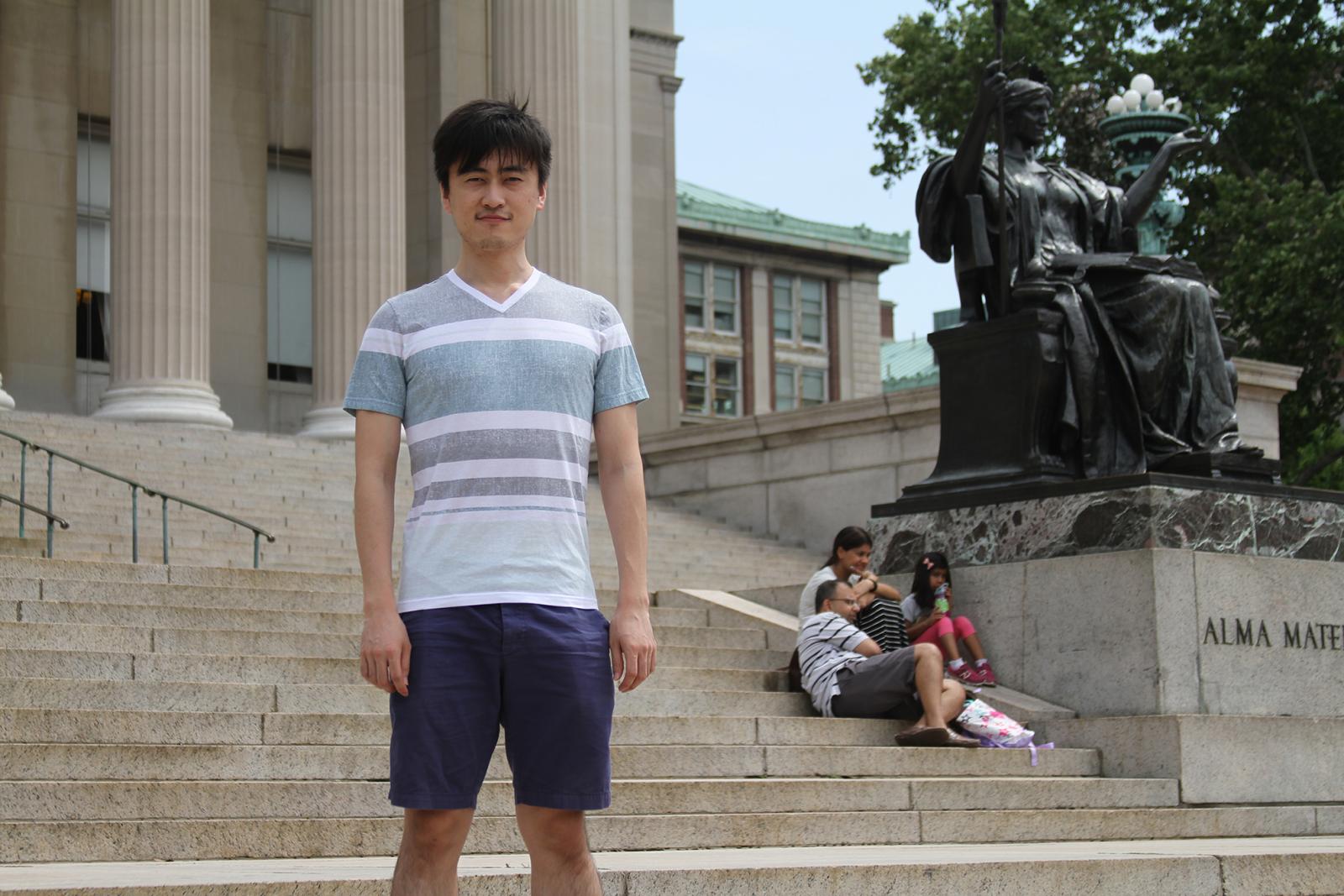 Former teaching assistant Longxi Zhao said he was wrongfully terminated from his position in the chemical engineering department.

When Longxi Zhao, a former chemical engineering teaching assistant, used the word "fucked" in an email to apologize for a CourseWorks mishap, he was summoned to a Dean's Discipline hearing for allegedly "harassing others."

Four days later and a day before the hearing, Zhao received an emailed letter terminating his teaching assistant appointment to chemical engineering professor Scott Banta's Reactor Design course. The grounds for dismissal were an unapproved vacation day taken on the Friday before spring break, failure to proctor a makeup quiz, incorrect implementation of homework policy, and inappropriate communication, referring to the "fucked" email.

Zhao submitted a forty-page appeal of his termination, which Soulaymane Kachani, vice dean of the School of Engineering and Applied Science, denied on behalf of the school in April in a letter sent to Spectator.

Graduate Workers of Columbia-United Auto Workers—the group of graduate students attempting to gain recognition as a union—have since rallied around Zhao. GWC members delivered a petition to the office of SEAS Dean Mary Boyce, who was not present, early on Tuesday afternoon urging Columbia to reinstate Zhao as a teaching assistant next semester, pay him the salary he did not earn as a result of his termination, and "establish fair and transparent procedures and guidelines" to prevent situations like his.

122 graduate students from 56 departments signed the petition—almost two representatives from every department, according to the union.

When Spectator reached out to the faculty members and administrators involved in Zhao's termination for comment, a University spokesperson said that it is against the Family Educational Rights and Privacy Act for staff to "comment or disclose information about any student academic or disciplinary matter, even if the student chooses to confide in you."

Still, Zhao wishes the administration were able to discuss the matter publicly.

"I want the administration to respond on my case, because so far their only response has been to say that it's their decision to make and they refuse to listen to me and why and how they made their decision," Zhao said in an email after he was notified that faculty members and administrators would not comment.

Zhao's email—which was also sent to Banta—reads in part, "I have to manually input all your scores because I am really fucked up with this coursework system."

Although University policy prevents staff from commenting on Zhao's dismissal, Zhao signed a FERPA waiver to enable Kachani to testify about Zhao's termination at the National Labor Relations Board hearings, which will determine Columbia graduate teaching and research assistants' right to officially unionize. Kachani confirmed that the "fucked" email was the reason for the Dean's Discipline hearing, according to the official court transcript of his testimony.

The policy that appears to be applicable, listed under "prohibited actions" in Columbia's email usage policy, prohibits Internet users from sending "obscene, harassing, offensive or other unwelcome messages."

Email records sent to Spectator show that Zhao soon apologized to Banta after he was informed of the problematic nature of his language. In his appeal, Zhao explained that English is not his first language, and said he was unaware the word was inappropriate or unprofessional.

Kachani testified that there were no student complaints about the email to his knowledge.

Zhao said it was unfair to include the "inappropriate email correspondence" as a reason for termination given that he was terminated before the Dean's Discipline hearing was held.

"Before I could explain anything to the engineering school, and before the hearing about this harassment even happened, they already included this harassment accusation toward me in the letter," Zhao said in an interview.

At the hearing, Zhao was found responsible for "inappropriate use of language in an email communication to students" and was issued a warning letter, the mildest form of punishment resulting from Dean's Discipline.

Kachani said in the NLRB hearing that the most significant ground for terminating Zhao was not the "inappropriate communication," but that Zhao allegedly disobeyed instructions not to travel on March 13—the day before spring break. The termination letter also alleges that Zhao failed to proctor a quiz that day.

January email records show that Banta told Zhao to "stay in New York and serve as a TA through the end of the semester." Zhao testified at the NLRB hearing that Banta later told him in person that he could leave New York for the week "around" spring break. However, Kachani, who testified on the same day, said Banta explicitly did not give Zhao permission to leave New York that Friday. Kachani also said Zhao was partly responsible for proctoring a makeup quiz that day.

However, Kachani testified at the hearing that all quizzes are the responsibility of both teaching assistants.

The department also terminated Zhao because he made decisions about homework grade deductions without instructor approval, which Kachani confirmed in the hearing.

The other teaching assistant in the class emailed Banta to clarify procedures for late homework on Feb. 23—the class syllabus confirms that there were previously no guidelines for late work—to which Banta replied that half credit should be given for late homework.

However, emails from March 11 show that Zhao gave some students five points off late homework assignments, rather than the 50 points specified in Banta's policy. Zhao testified that he did independently make the decision to take fewer points off of that assignment because it was the first to be handed in online, though when Banta told him not to he sent an apology email to the class clarifying Banta's policy.

Kachani testified that Zhao had acted "unilaterally" and "arbitrarily" by disobeying Banta's policy in choosing to take five points off without faculty approval.

Simone Alston, SEAS '16, took the course and said she remembered the "confusion over the late homework policy," but thought Zhao was a standard teaching assistant.

The Graduate Student Handbook for chemical engineering does not stipulate that students who lose their advisers must leave the program. However, it suggests that an adviser is necessary to meet the demands of the program, which includes submitting a research proposal to an adviser.

However, Zhao said he felt doubtful that that other professors in his department would invite him to conduct research with them given his termination, so he began reaching out to professors in other departments, as well as to other universities. Zhao said Kumar would not write him a reference letter, which is essential for academic candidates. Spectator was unable to confirm this with Kumar, who declined a request to be interviewed through a spokesperson.

Zhao still has not found a professor to work with, and said he can only remain in the U.S. if he finds an academic position.

"If I fail with this petition, I have to go back to China in, like, two months," Zhao said. "I don't know what's going to happen."