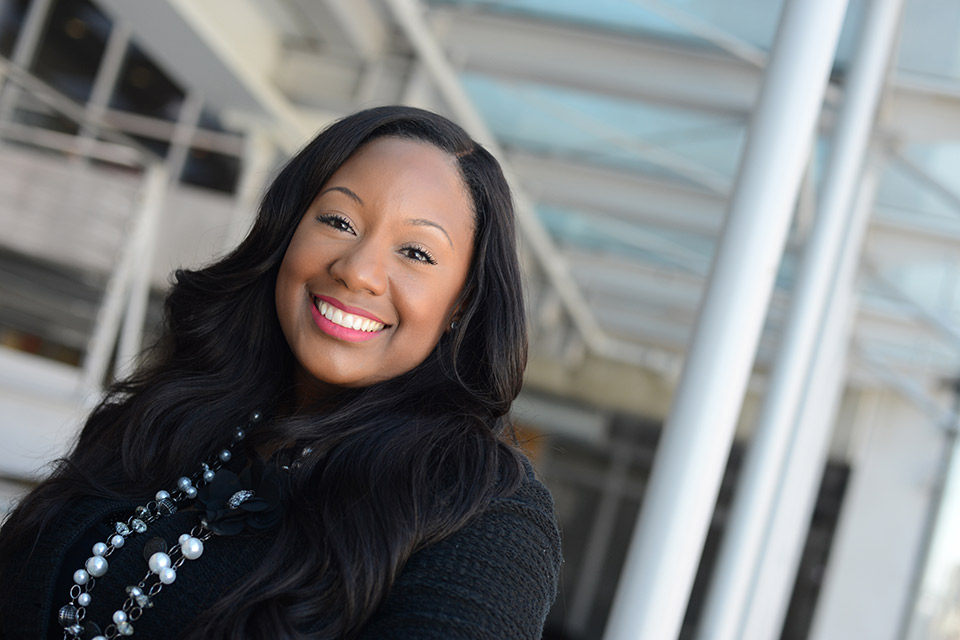 The new program, titled Step UP! and Get SAVI, incorporates student facilitators and orientation leaders to help first-years and transfer students engage with issues of consent and sexual violence through real-life applications.

"It's not just an introduction of what Step UP! is or what pro-social bystander behavior means, but it's also giving students an opportunity to look at common campus scenarios and think about how they might want to respond," La'Shawn Rivera, director of Sexual Violence Response and the Rape Crisis/Anti-Violence Support Center, who coordinated the program, said in an interview with Spectator. "This isn't just introducing the concepts—it's actually teaching them how to utilize the strategy."

In addition to a presentation similar to the one made during last year's NSOP consent education training to review the "Step UP!" model of bystander intervention, students were also given a handbook that listed scenarios about sexual and intimate partner violence.

After the presentation of each scenario, students broke up into their orientation groups to discuss what they thought would be the most effective approach to intervening in a given situation—or if intervention were appropriate at all. Group sizes, which reached 700 students per group last year, were capped at 150 students.

Orientation leaders also played a role in these workshops for the first time, facilitating and engaging in small-group discussions within their orientation groups after receiving their own training from SVR.

Rivera said that because students spend much of orientation week with their orientation groups and leaders, their presence would mean that students would feel more comfortable participating openly in conversations about sexual violence.

Step UP! and Get SAVI's cofacilitation model also meant that student volunteers and interns at SVR are leading sessions together with prevention coordinators on the office's professional staff.

"They're very knowledgeable about these issues—they've been facilitating these kinds of workshops for quite a while on campus," Rivera said. "They're also all undergraduates, so they're really speaking to an audience that they remember being in their shoes." 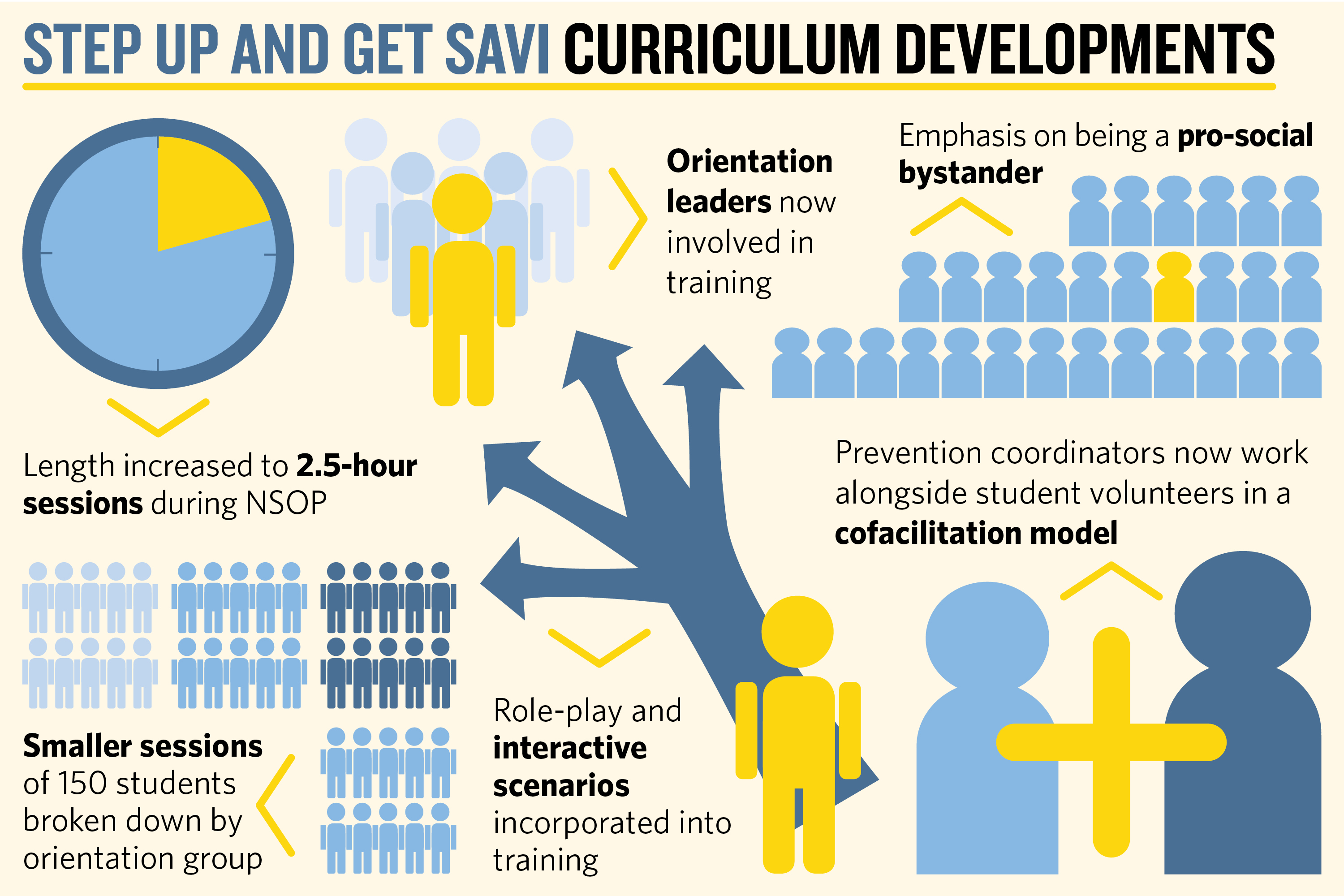 The most notable change for new students was the length of the new program. This year, the NSOP committee extended the time allotment for the session from 50 minutes to 2 hours and 50 minutes.

"It was kind of long, so some people seemed to have lost interest, though personally I thought it was pretty informative," Stephanie Borgani, CC '19, said.

For others, like Huber Gonzalez, CC '19, the new curriculum and scenarios were helpful in applying bystander intervention to real-world applications.

"I kind of understood most of what they were saying, but I think it was good to talk about different situations and what to do in different scenarios and everything," he said.

Sarah Elston, CC '19, said that while Step UP! and Get SAVI was a necessary part of NSOP programming, she also felt the program was too drawn out.

"They gave us a couple specific situations for one general example that I felt were repetitive, just because I kind of understood them the first time."

Rivera said she had anticipated such a reaction.

"It's risky because of that fear of people losing attention, and it's not a topic that people are typically excited or enthusiastic about, coming into their first week before classes start," she said."We're trying to acknowledge that and at the same time name why it's so critical for us to sit with this information and hold our responsibility and accountability to these behaviors."

Though Step UP! was also available as one of several workshop options for students to fulfill the sexual respect initiative last spring, Rivera said that the new NSOP program emphasizes students' arrival on campus.

"There's more focus on what are we trying to create at Columbia," she said. "We make time for new students to explore their own values around being a potential responder or bystander and really creating and supporting a culture of community accountability."

SVR nsop Step Up! Get SAVI