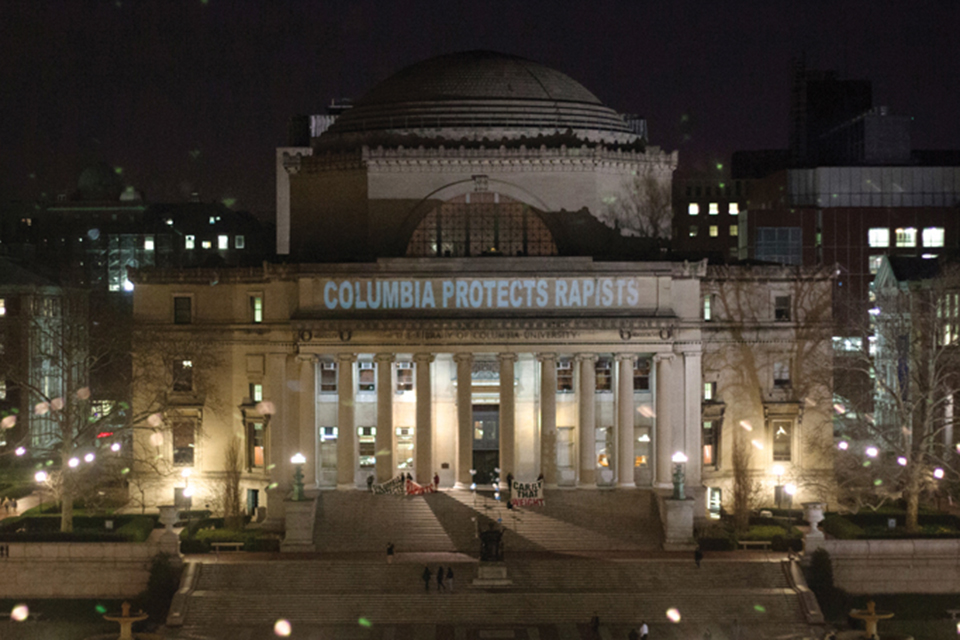 Twenty-three percent of undergraduate female students reported experiencing sexual assault since enrolling in college or university, according to the largest nationwide survey on this topic to date.

This statistic validates a commonly cited—and widely disputed—figure from a separate 2007 survey, which found that "one in five" female undergraduates are sexually assaulted during their time in college.

The comprehensive study was conducted by the Association of American Universities and includes 150,000 student responses across 27 institutes of higher education, among them Columbia. Though these findings are set to be officially released tomorrow, the report is currently available on the AAU site.

While similar research on sexual assault has been conducted over the past three decades, the AAU study emphasizes that it is the first of its kind to gather data across such a wide range of institutions, use consistent methodology, and collect a sample size large enough to provide statistically reliable results.

The survey was emailed to nearly 780,000 undergraduate, graduate, and professional students over the age of 18. Of the these students, only 19.3 percent completed the survey. Although the response rate is lower than those of previous studies, which have ranged from 30 to 86 percent, none of the previous studies have had a comparable sample size.

Columbia was represented by professor of population and family health Debra Kalmuss, who served on the AAU survey design team.

Responses from certain demographics, such as males and females, were adjusted to reflect the true student demographics at each institution. Because only 15.6 percent of males reported—well below the average of 19.3 percent—their responses were weighted to account for underrepresentation.

Data from the report shows that students who are undergraduates or in a lower class year are more likely to experience sexual assault and misconduct than those who are in a higher class year.

Half of all responding students indicated that they had experienced sexual harassment, which is defined by the AAU as a "series of behaviors that interfered with the victim's academic or professional performances, limited the victim's ability to participate in an academic program, or created an intimidating, hostile or offensive social, academic or work environment."

Of the students who reported they had witnessed someone "acting in a sexually violent or harassing manner," about half took action.

Similarly, no more than a third of students who experienced an incident themselves said they reported their experience to a university agency or another organization, such as the police. None of the reporting included a statistic for all types of assault. Types of assaults had rates that ranged from 5 percent for sexual touching during incapacitation, to 28 percent for stalking.

More than 50 percent of the victims of even the most serious incidents (e.g., forced penetration) said they did not report the event because they did not consider it "serious enough."

Still, student perspectives on reporting were overall positive: Over half of students who did report said their experience was a positive one, and about half said it was very likely that their university would conduct a fair investigation.

In addition, over 60 percent of students surveyed believe that it is likely or highly likely that a report of sexual assault would be taken seriously by their institution's administration.

The survey has faced opposition since it was announced in November 2014. Of the AAU's 60 U.S. members, 26 declined to participate. Scholars who specialize in sexual assault research have criticized it because they believe an aggregate of data potentially could be misleading due to the diversity among institutions of higher education.

Differences among university methodologies are extensive and have the potential to create disparities in reporting.

At 18 schools, various incentives including a raffle and $5 gift card were used to entice student response. Students who did not respond to the initial email were offered a chance at a $500 cash prize. Students only needed to click the link to be entered in the survey.

The report also shows strong variations among rates of sexual assault at universities. According to the authors, "the wide variation across IHEs [institutions of higher education] puts in stark perspective prior discussions of single-IHE rates as representing a 'standard' against which to compare results." Although the average rate of undergraduate female sexual assault is 23.1 percent, university rates range from as low as 13 percent to as high as 30 percent.

Still, the report's authors said that the objective of the report is to allow "campus administrators to tailor policies by these very different types of sexual assault and misconduct."

AAU did not immediately respond to requests for comment.