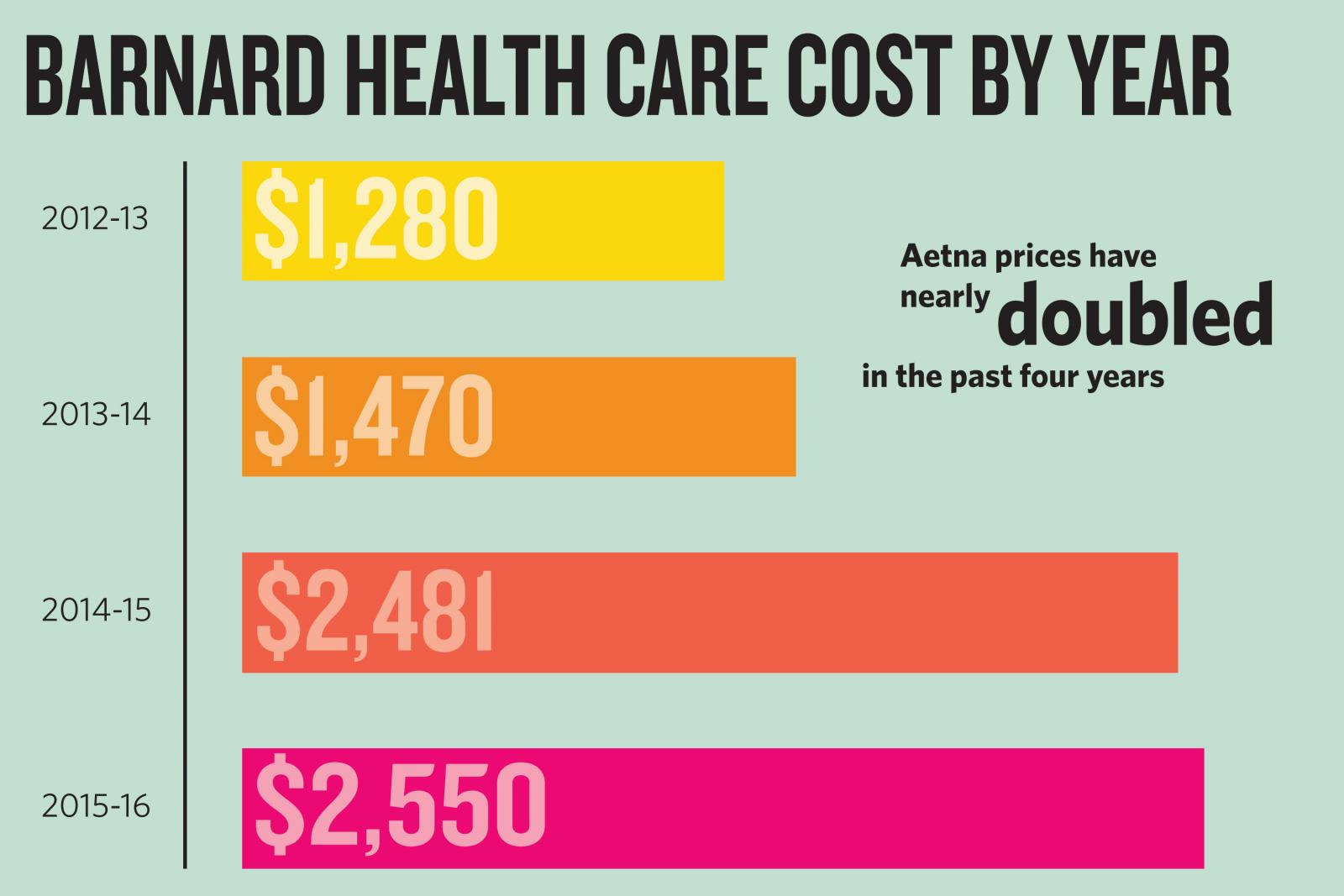 But fewer students are using the Barnard plan, with numbers of students enrolled in the plan dropping 30 percent from 1,129 last spring to 857 this semester.

The largest jump in annual insurance price—almost 69 percent from $1,470 to $2,481—happened between the 2013-14 and 2014-15 school years due to regulations mandated by the Affordable Care Act, a federal statute signed by President Barack Obama in 2014 to increase health insurance affordability across the nation.

"There are lots of regulations that we had to cover that our plan had not covered before that certainly increased the premium," Mary Joan Murphy, executive director of Student Health and Wellness Programs at Barnard, said.

Murphy referred to four particularly costly regulations implemented by the Affordable Care Act that increased the plan price: a requirement to offer free contraception, bariatric surgery coverage, gym membership reimbursement, and no cap on medical spending if you are "in network."

Insurance companies have agreements with "in network" providers so that users pay smaller fees with those professionals than with providers that are "out of network."

In contrast to the unlimited cap mandated by the Affordable Care Act, students previously on secondary insurance were limited by a $20,000 cap on medical expenses, which, according to Murphy, restricted what could be covered and would only cover "one or two student hospital visits and contraception."

Today, students enrolled at Barnard need some type of primary insurance: Aetna or another provider. All international students are required to be on the Barnard Aetna plan.

International student Samantha Starr, BC '17, doesn't see Aetna as a good deal, but is required to be on the plan.

"I don't think Barnard insurance is worth it," Starr said, "because a referral for any type of doctor other than the nurse practitioners at Health Services is required."

The Barnard Aetna primary plan offers students a $300 deductible, $150 copay for emergency room services, $40 copays for therapy using participating providers, no overall annual limit, among many other benefits and coverages.

Between the 2014-15 and the 2015-16 school year, students on Barnard insurance only saw a $70 increase in annual cost because of little regulation change last year, Murphy said.

But Murphy anticipates a larger increase in the plan's cost next year because of this year's insignificant increase. 