Sarah Kim, BC '17, thrives on campus despite physical disability

Sarah Kim, BC '17, thrives on campus despite physical disability 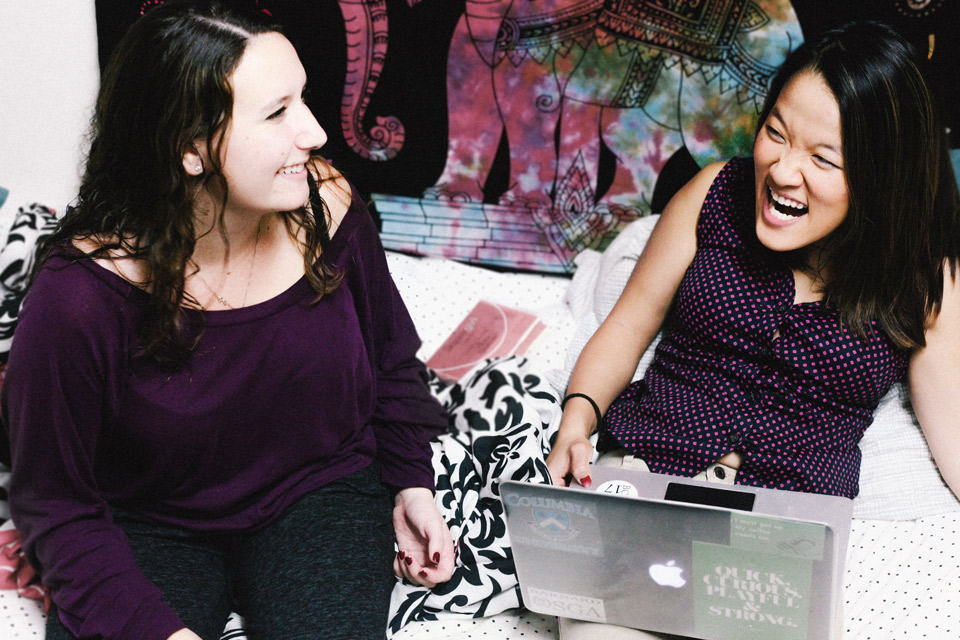 Cindi Zucker, BC '17, and a fellow sister of Gamma Phi Beta, hangs out with Sarah in her room.

Sarah Kim, BC '17, has never let her cerebral palsy get in her way. The condition is just one of many things that make her who she is.

Kim—well-known to Barnard students—was born with cerebral palsy, a movement disorder caused by abnormal development in the parts of the brain that control movement, balance, and posture.

Because cerebral palsy has affected Kim's physical movements and her speech, she uses a wheelchair for transportation and has difficulty communicating with those that don't know her well.

"Communication is one of the hardest things that comes with my disability," she said. "All of my friends understand me pretty well. But sometimes people who don't know me well don't take the extra time to stop and really try to understand me. Often times they'd just pretend that they understood what I've just said, but I can tell they didn't." 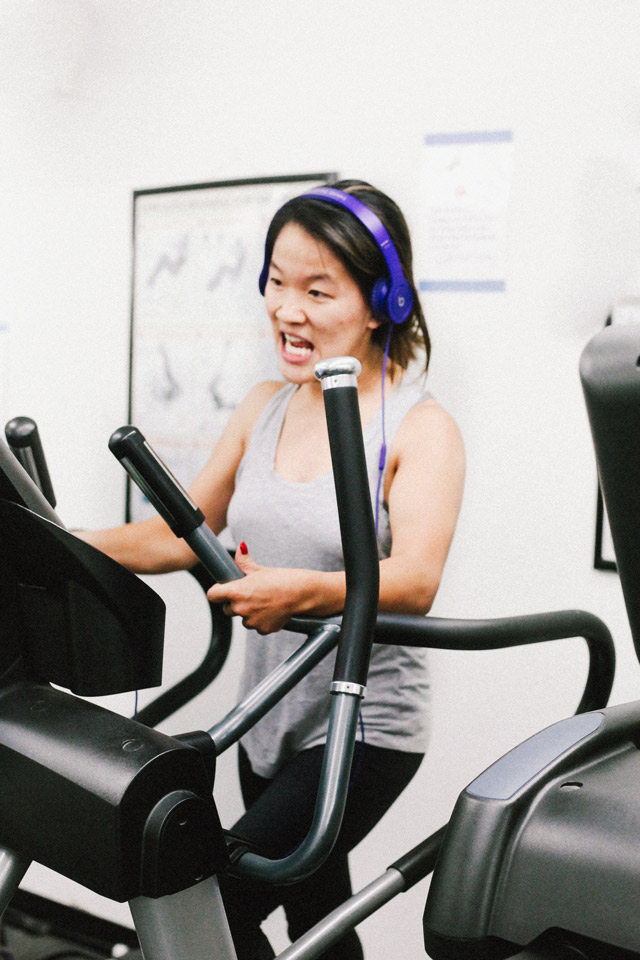 Sarah works out everyday or every other day at the Barnard Gym.

There are obstacles she faces on a daily basis that others many don't even realize exist.

For example, Kim cannot take the subway at the 116th and Broadway station due to the lack of an elevator. Every time she wants to leave campus, she needs to go to the 125th Street or 96th Street stations.

"It takes a lot of effort to get ready in the morning and look presentable, and just to go through life. Because of my physical disability, it takes me more time to do things, and sometimes I need to do things a different way," Kim said.

Despite it all, Kim's list of accomplishments is endless—and growing.

The former Student Government Association vice president of her class, Kim currently serves as a junior representative to the Barnard board of trustees, an Athena Scholar, a student advisory board member on the Athena Digital Design Agency, and a scholarship chairwoman for the sorority Gamma Phi Beta. Kim is also an admissions representative and was a New Student Orientation Program crew chief this year.

"In the past two years, I've made my mark on campus by pushing the limits beyond the expectations of others," Kim said.

Kim, a New Jersey native pursuing a degree in economics, interned with New York City Council member Ben Kallos this past summer, and she's received a number of awards at Barnard, like the Jo Greene Iwabe Prize and the SGA Leadership Award, an award presented to students who display responsibility in building a community at Barnard.

But Kim described a typical school day as a "hot mess."

She'll hit the snooze button multiple times, down tons of coffee, attend all of her classes and club meetings, and then catch up with friends. She's so busy that it's sometimes hard to find time to eat.

Her favorite part of the day? When she's able to go to the gym, blast music, and relieve the stress from her studies.

"I think working out is one of the things that keeps me going," she said. "It is the only time I focus on myself. When I workout, I put my phone on airplane mode and blast music through my earphones. I use it as a time to disconnect with the chaos of the world and focus on improving myself."

Kim "fell in love" with Barnard the summer before her junior year of high school.

According to Kim, Barnard was "decently wheelchair accessible," and with help from Barnard's Office of Disability Services, Kim knew she would receive the accommodations that would allow her to study at the college.

Since matriculating, Kim has worked closely with ODS to ensure she would be able to study and live comfortably at Barnard.

According to Kim, she has used ODS mostly for testing and housing accommodations during her first two years. Yet this year, she decided to pick housing without ODS's help.

"I receive extra time on in-class assessments and exams, and I can type my answers on a computer," she said. "Also, if the professor does not allow laptops in class, ODS can make an exception for me, since handwriting notes is hard for me, and I sometimes use the text-to-speech feature on my laptop to participate in class discussions."

But these options are not preferable—she wants to speak for herself.

"I prefer to use my own voice to talk because the more frequently people hear me talk, the better they understand me because they become more accustomed to my speech patterns," Kim said.

Despite the help ODS has offered her, Kim believes Barnard could do more for students with disabilities.

"Over the years, Barnard has had activism surrounding the awareness of other minority groups," Kim said. "But we hear nothing about the disabled community, which make up the largest percentage of minorities."

Kim has also used her experience as a way to help others on campus. She participates in an e-mentoring program for first-years enrolled with ODS.

"I help them navigate their first semester on campus and provide them with resources, whether that be by advising, how to approach professors about their accommodations, or just being a listening ear," she said.

"Sarah is a really, really special person," Friggit said. "She's funny, attentive, and affectionate. She does everything with 100 percent energy. She's the type of person that pulls an all-nighter at Butler, then parties the next day."

Kim has seen an enormous change in herself over the past few years and believes being at Barnard has helped her become more independent.

"I think just being where I am today is my biggest accomplishment," she said. "Never in a millions years did I think I'd be in one of the most prestigious colleges in the nations, not only surviving, but thriving."