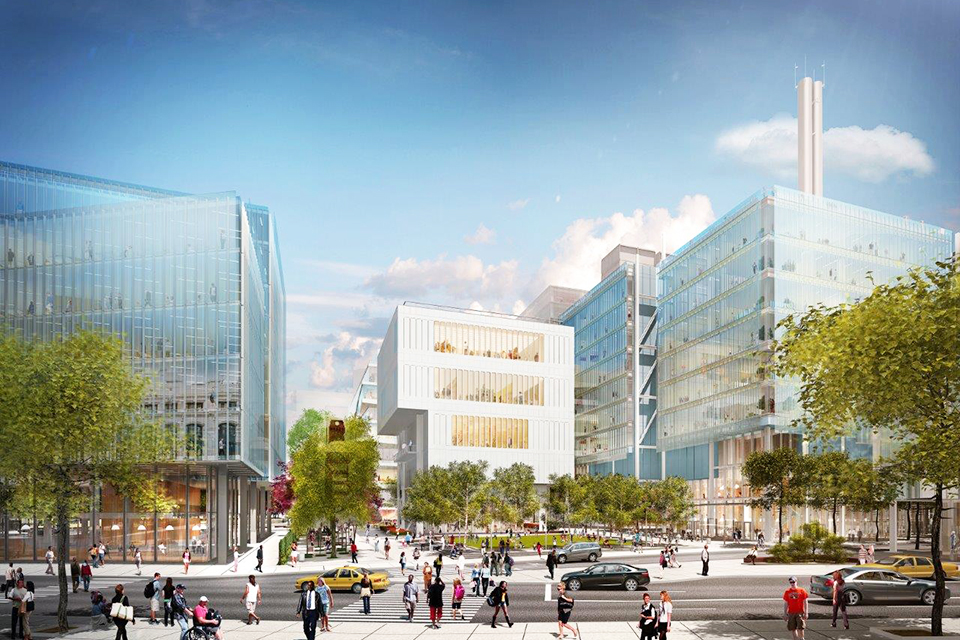 A rendering of how Columbia's Manhattanville campus will appear once finished. The projected completion date is 2030, although the Jerome L. Green Science Center will open in the next year.

After over a decade of planning and controversy, the first buildings on Manhattanville's campus will open their doors to over a thousand researchers, faculty members, and students next fall.

The development of a new campus in Manhattanville, located just north of Columbia's Morningside Heights campus, is one of the cornerstones of University President Lee Bollinger's tenure. After battling to secure the 17 acres in West Harlem, Columbia finally won the rights to the land, fulfilling Bollinger's pledge to help alleviate the University's space constraints. Work began on the new campus began in 2008.

Seven years later, the Jerome L. Greene Science Center will be the first building to open next fall, with the Lenfest Center for the Arts following soon thereafter, Philip Pitruzzello, senior vice president for Manhattanville Development, said in a phone interview Monday.

"The University is able to create state-of-the-art buildings here," Pitruzzello said. "And the theme is to promote interdisciplinary activity."

Pitruzzello added that openness and environmentally friendly construction were also important to the development of the whole campus.

"Especially for students who weren't around over the last five to eight years, it's important to understand that there's a strong emphasis on sustainability," he said. "It is also to create a new urban campus environment, with no walls or gates—when the new campus opens, unlike the Morningside campus, this will have openness to it."

This vision is supported by world-renowned architect Renzo Piano, who designed the plans for the Jerome L. Greene Center, the Lenfest Center, and the University Forum, set to open in later phases. Pitruzzello emphasized Piano's use of glass, particularly on the ground levels of buildings, for maximum transparency to the public.

He also stressed that the new campus will be more accessible to the community than the Morningside campus—either as retail space or an education outreach center in Jerome L. Greene. 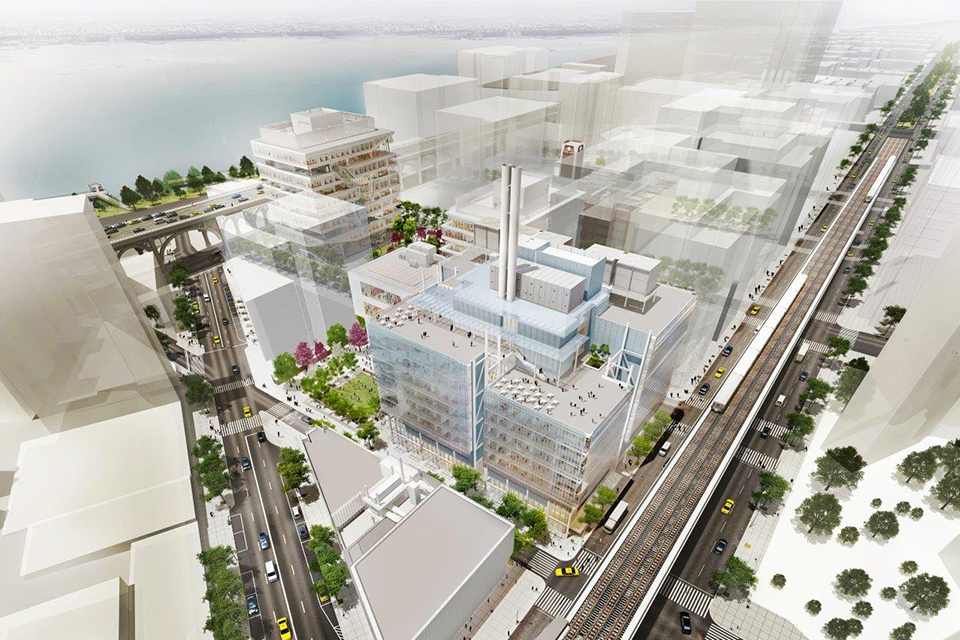 The 450,000-square-foot Jerome L. Greene Science Center is reflective of the University's goal of promoting interdisciplinary activity, Pitruzzello said. The glassy building, with nine levels above and three below, will house the Mortimer B. Zuckerman Mind Brain Behavior Institute and its 1,000 researchers. Zuckerman, the owner and publisher of the New York Daily News, pledged $200 million to endow the institute in 2012.

The design of the science center features interconnected floors that Pitruzzello said are intended to increase interactions among research teams within the building, encouraging the interdisciplinary work the institute hopes to foster.

Researchers, graduate students, and postdoctoral investigators will work together at the institute to explore the brain and mind on all levels—"from the molecular to the cellular and anatomical and to observable behavior of individuals and populations," according to a Columbia Facilities report.

"We will start moving people in, in the fall, and occupancy will be phased, but we'll be completing and starting occupancy in the fall. More specific details will come next year," Pitruzzello said. "There's a lot of individualized space for researchers. ... There are different equipment requirements they each bring to the table that have to be accounted for and moved with them. It's not like moving into an office building."

The allocation of space within the building will be a process led by the three scientists who head the Mind Brain Behavior Institute: Nobel laureates Richard Axel and Eric Kandel and neuroscientist Thomas Jessell.

The Lenfest Center for the Arts

The Lenfest Center for the Arts, a six-floor, 60,000-square-foot building just west of the Greene Science Center, will serve as a multi-arts venue on the Manhattanville campus.

At its ground level, the Center will house a ticket and reception desk. Other floors will feature a 140-seat film screening room, a flexible performance space, the public Miriam and Ira D. Wallach Art Gallery (currently housed in Schermerhorn Hall), and a flexible presentation space for readings, seminars, and symposia. The performance space primarily will be used by the theater department, despite complaints that the music department does not have any proprietary recital space.

"These are high-quality spaces for the presentation of visual and performing arts," Pitruzzello said, noting that each space had to be handled differently in terms of design and purpose. He added that quality of projection, sound, and light were focuses in planning the center's various spaces.

"With performance spaces, you want to make sure that the light is correct, that the acoustics are performing well and sound good. There's a natural process of shaking that out, where you go through it and test it," he said.

The Wallach Art Gallery is expected to begin moving into the building in late fall, after move-in begins at the Greene Center.