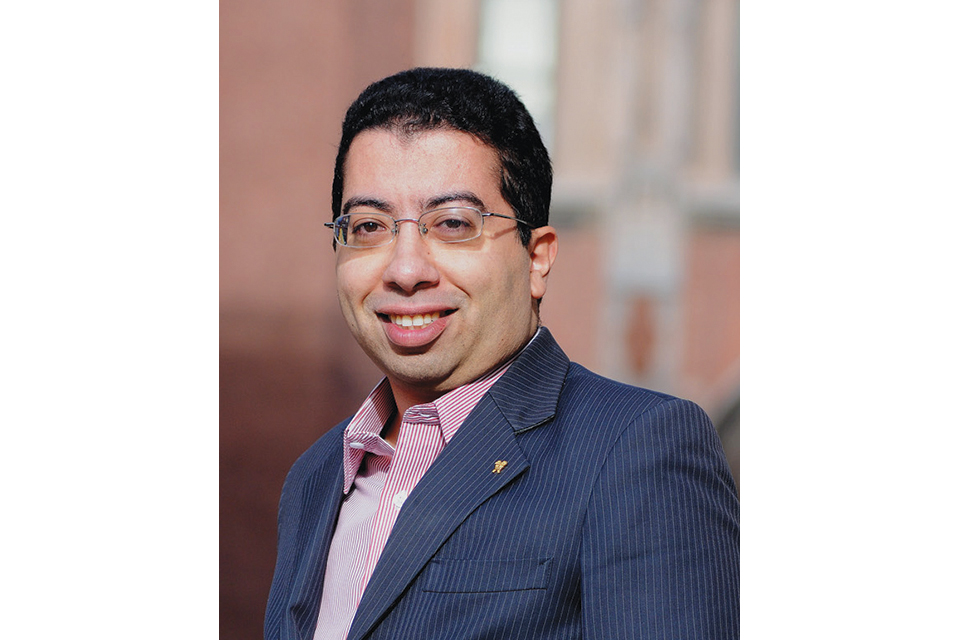 SEAS Senior Vice Dean and professor Soulaymane Kachani is involved in the rollout of an express master's degree program.

It just became a lot easier for Columbia and Barnard undergrads to apply to the School of Engineering and Applied Science's graduate programs.

The SEAS Committee on Instruction announced on Wednesday a significant expansion of its express master's program, M.S. Express, which minimizes the time, stress, and effort needed to apply to a top engineering master's program.

The program, previously limited to SEAS undergraduates with few exceptions, is now formally open to any Columbia or Barnard student enrolled in a B.A. or B.S. program with a GPA of 3.5 or higher.

SEAS undergrads interested in the program are also no longer restricted to apply into their undergraduate major and may now pursue a master's in any field of engineering study. Columbia College, School of General Studies, and Barnard students with eligible majors may also apply to any graduate engineering program.

"We asked ourselves, 'Do we really want to restrict our M.S. Express admissions so you only apply to your major?' And the unanimous, resounding answer was 'No! We want our students to pursue whatever master's programs they want to apply to within engineering,'" he said. "We shouldn't be telling them they can't use this simplified process for other departments. We should remain open. We need to do what is best for our students."

The program's most notable perks for applicants include not having to take the Test of English as a Foreign Language or the GRE, standardized exams required for admission to most graduate programs, and not needing to submit formal faculty recommendations—applicants can simply submit three names of Columbia faculty, and the admissions office for M.S. Express will assume the responsibility of contacting these professors on its own. Otherwise, only an unofficial transcript is needed to apply. Students applying via M.S. Express can expect an admissions decision as early as the end of December.

Kachani hopes the program will encourage Columbia and Barnard undergraduates to seriously consider graduate-level engineering work, and emphasized the growing relevance a master's program can lend students who wish to enter a range of related or interdisciplinary, technical fields.

"This is a good opportunity, especially if some students are doing undergraduate work in one field but now are wanting to get engineering and applied science coursework in a different field," he said. "Some of the engineering disciplines today require more background and more proficiency, and we're seeing that a master's program at least is needed for engineering jobs nowadays."

SEAS received over 10,000 applications for its graduate programs, with an incoming M.S. class of around 1,200 students last year. The number of people enrolled in a SEAS graduate program after being accepted through M.S. Express applications has wavered around 20 in 1,000—a mere 2 percent. But new updates to the express program will likely amplify the Columbia undergraduate presence in its master's student body.

Kachani also mentioned that the updated program itself may help foster a more diverse community of students in its programs.

"At the SEAS undergraduate level, it's looking terrific—43 percent of incoming undergraduate SEAS majors are female. At the graduate level, in SEAS we're doing better than our peers, but there are still a lot less female students in engineering and finance," he said. "If you take the example of including Barnard, that brings more gender diversity."

"And when you're looking at demographics across the board, we could improve the diversity of our students at the graduate level by having a similar type of diversity that we have at the undergraduate level. And that would be fantastic for both SEAS and the college."

Applications for the SEAS M.S. Express program will be released to Columbia and Barnard students on Nov. 1 and accepted on a rolling basis until Feb. 15.