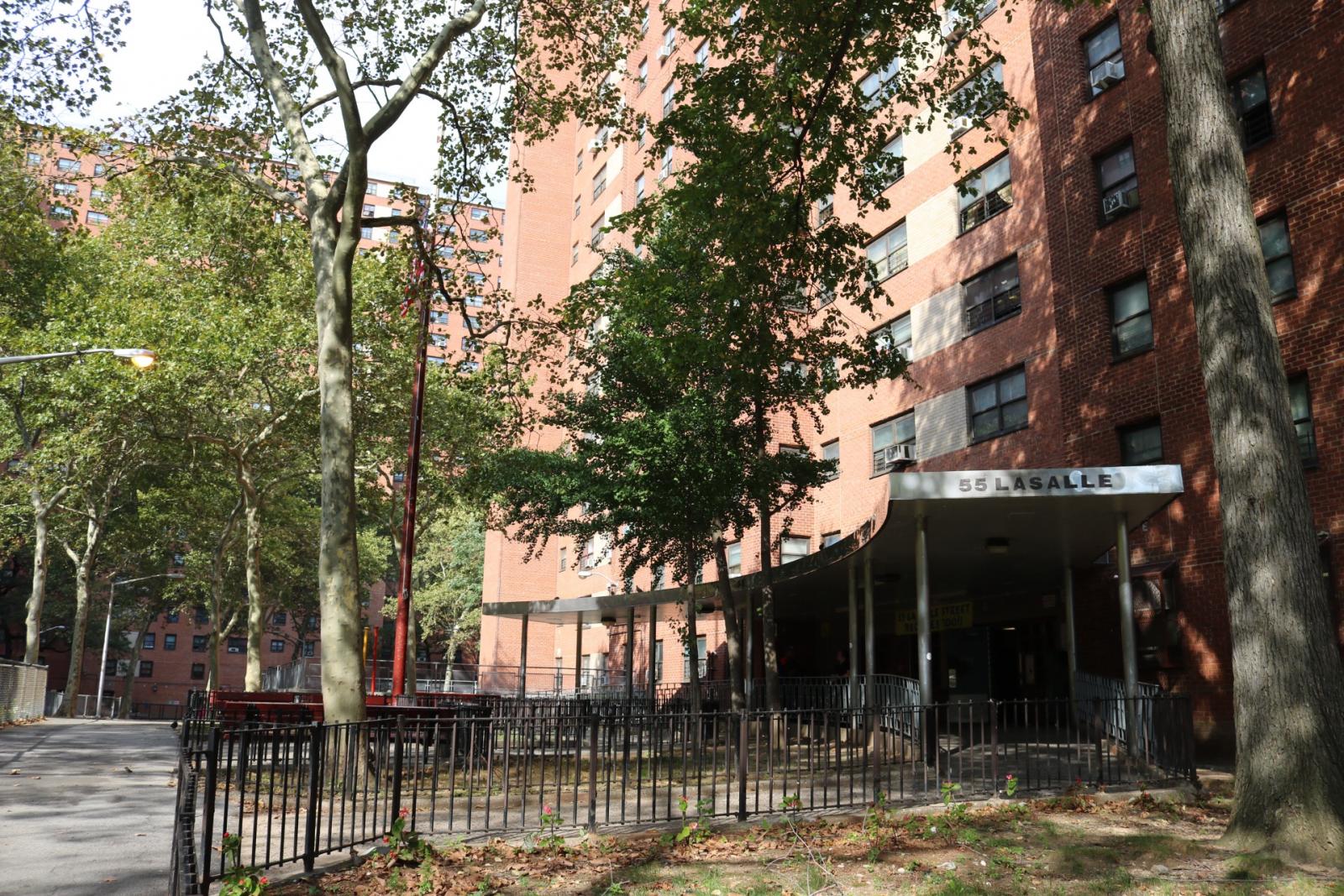 A local organization is inquiring whether there is space to build more housing at the Grant Houses, a NYCHA development.

The West Harlem Development Corporation is asking the city whether there is enough space at the Grant Houses to build 200 additional units of affordable housing—an idea some residents say would compromise needed youth spaces.

The Grant Houses are an affordable housing complex between Broadway and Amsterdam on West 125th Street.

Marlene Naanes, a spokesperson for the WHDC, said in an email to Spectator that the idea to build on underused land at the Grant Houses came last spring, when New York City Mayor Bill de Blasio announced a plan for the New York City Housing Authority to seek outside developers to build mixed-income or affordable housing on underused space in their developments. There's no formal proposal or plan yet—only an inquiry about whether it would be feasible to build at Grant.

The NYCHA plan, called "infill redevelopment," is mainly intended to attract private developers, who would lease land on NYCHA developments and build a combination of affordable and market rate housing. The plan was proposed as a way for NYCHA to fix its operating deficit, which would have reached $200 million by 2020, according to POLITICO New York.

"We are simply looking into whether there is additional land at Grant to build," she wrote. "It is an inquiry to see if anything is available, and if so, we would look into whether it is a good decision to move forward."

But Derrick Haynes, a longtime community activist and the organizer of a recent series of playstreets near Grant, said additional housing would have to fill space currently occupied by playgrounds.

He added that Grant—like most NYCHA developments—is already overcrowded, and has a backlog of repairs. A spokesperson for NYCHA wrote in an email to Spectator that as of Sept. 30, there were six vacant units in the Grant Houses, all of which were available for occupancy.

"There are other properties nearby that can be used," he said. "There's several vacant buildings, several underutilized buildings."

Naanes wrote that Grant is not the only site the WHDC is considering as a site for new housing, as the search is ongoing.  All sites under consideration are in Community District 9, the area surrounding Grant.

The WHDC was created to distribute the funds allotted to the West Harlem community in the Community Benefits Agreement, a document signed in 2009 by representatives from Columbia and the surrounding neighborhood at the outset of construction on Columbia's Manhattanville expansion.

Naanes said that unlike private developers, who might seek infill agreements with NYCHA with profits in mind, the WHDC is inquiring about whether there is space for additional housing as part of its attempts to fulfill the Community Benefits Agreement.

Much of the WHDC's past involvement in fulfilling the CBA has involved giving out grants to programs working to provide services to the West Harlem community.

But, according to Naanes, the CBA also gives the WHDC the power to directly implement projects, "if they accelerate community benefits and are cost-effective."

"If you look at the Community Benefits Agreement, $20 million is set aside for affordable housing given the Columbia University expansion's adverse effect on the affordable housing stock," she wrote. "We are also working toward fulfilling that part of the CBA and have received the first installment of $10 million."

The CBA itself offers some details about how the Affordable Housing Fund should be distributed, which seem to describe the course of action that the WHDC is now pursuing.

"The Affordable Housing Fund will be paid by CU in accordance with the direction of the local government. The [WHDC] will collaborate directly with the appropriate representatives of local government with respect to the [WHDC]'s role in this initiative," it states.

The WHDC is also making inquiries about opening a resource center within the building that would hold the additional housing at Grant.

"Both the decreasing amount of affordable housing and high unemployment plague West Harlem," she wrote. "Space is at a premium anywhere in Manhattan, particularly in the area of Columbia's expansion, and we are looking into whether a skills training center would be viable project for us to adequately address the job crisis here."

Haynes has been working to bring resources to the community for years, alongside fellow activist Taylonn Murphy. Recently, the pair secured a space on the block of Old Broadway between 125th Street and 126th Street. They hope to turn the space into a resource center for youth at Grant and Manhattanville.

Haynes sees opening a resource center offering job training and crisis management to youth residents as a way to break the cycle of violence and incarceration that many young people at both developments have been locked in for years.

But Haynes said that he was worried that the WHDC—as a way to make the housing idea seem more in line with community needs—was including the idea for a resource center in its housing plan.

"Instead of coming down here and seeing how it can be done to benefit the community, you are looking to spend this exorbitant amount of money and throw in a resource center," he said.

A spokesperson for NYCHA said that as of Wednesday, officials have not come to a decision as to whether there is underutilized land at Grant that could be used for infill housing.