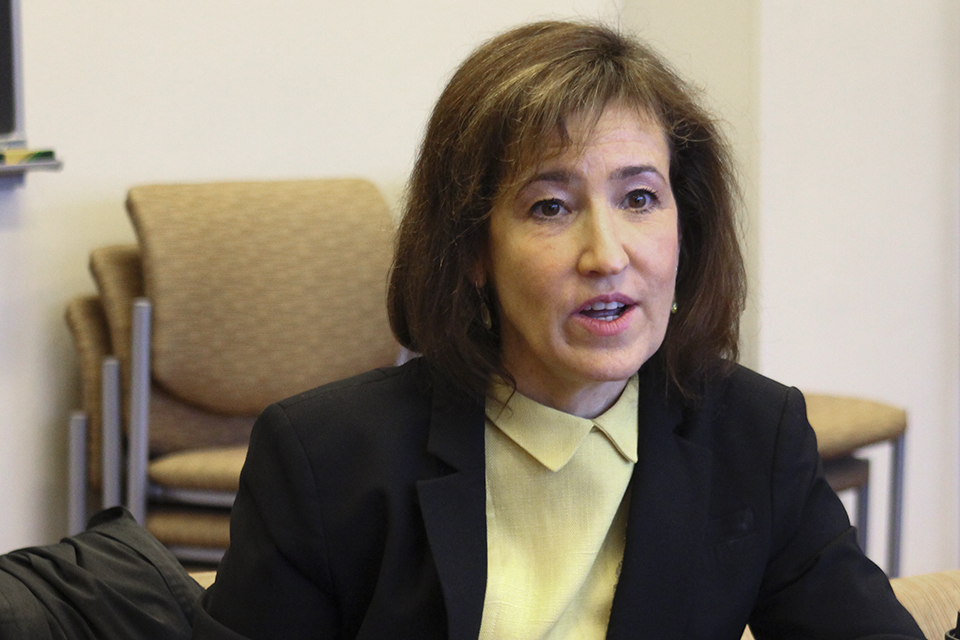 A Columbia sophomore recently was out with his friends at 1020 on a Wednesday night when he noticed a researcher taking notes in a booth.

"One kid came over and was like, 'Who's that old guy?'" the sophomore, who asked to remain anonymous because he is underage, said. "I was like, 'Oh, that's Shamus Khan. He's a famous professor at Columbia.'"

Khan, a sociology professor, is working on the Sexual Health Initiative to Foster Transformation, an ethnographic study that looks at how community-level interactions influence vulnerability to sexual violence among Columbia undergraduates.

While some students have expressed concerns about being observed by ethnographers at bars and in dorms, the SHIFT researchers maintain that their methods follow strict ethics guidelines in order to protect student privacy and confidentiality.

Professor of sociomedical sciences Jennifer Hirsch, a lead researcher for SHIFT, said that the researchers always introduce themselves, explain the purpose of their study, and obtain informed consent from any prospective subjects.

"There's always that introduction that lets people know they are interacting with a researcher," Hirsch said. "At a party, students have the option to walk away and not interact. Our goal is to collect information not on individuals, but to observe general patterns of social behavior."

Although the researchers engage in conversations with individual students, Khan said that no names are recorded and key details are often changed so that students cannot be identified.

Even though the Federal Code of Regulations mandates that most ethnographic research projects obtain a signed consent form from participants, SHIFT has been waived of this responsibility as another measure to protect student confidentiality.

"It actually reduces the risk of the participant for there not to be a written form of consent," Hirsch said. "Otherwise, we would have to have a written record of the names of every person with whom we interacted."

Some students, like Sara Taffel, BC '17, said they still would not want to be observed in a bar.

"I think that would be pretty weird and uncomfortable, especially if it's a professor you've had in the past," Taffel said. "It's also problematic, because a lot of students are underage, and that would cause a lot of anxiety if you see a professor."

Katie Angen, BC '18, said that while she would not care if she didn't know the researcher, she would feel apprehensive if there was a chance that she might interact with him or her in an academic setting.

Still, Khan said that many students have approached him at bars.

"He was very friendly and open to chatting to anybody," the sophomore who saw Khan at 1020 said. "People walked up to his table and joined in on the conversation."

Columbia's Institutional Review Board, which establishes ethical standards for research within the University, has approved all of SHIFT's research methods All collected data is stored in a secure, off-campus database that is only accessible to the five ethnographers.

The IRB's Policy on Consent does not offer a standard method to judge a subject's capacity for consent, however. Instead, the researchers have engaged in discussions with the Undergraduate Advisory Board, a group of students who have been hired by the researchers to provide feedback on the study's design and on obtaining informed consent in the field from students who may be incapacitated.

Elizabeth Armstrong, a sociology professor at the University of Michigan who specializes in observational research on sexuality, said that it is the responsibility of the ethnographers to be able to gauge a student's capacity to consent.

"That's why researchers must maintain 100 percent capacity even if others aren't and be able to assess how intoxicated people are and use judgement," Armstrong said.

While the researchers are ethically prohibited from drinking alcohol in the field, they have strategies to integrate themselves into environments.

"When I go out, I get seltzers with lime," Khan said. "It basically looks like I have a gin and tonic. It creates a more social experience, but there will never be gin in it."

The IRB, however, does not restrict ethnographers from entering residence halls. UAB member Trendha Hunter, CC '18, said that Gloria Diaz and Matthew Chin, two of the ethnographers, have attended parties in East Campus suites.

Gurbani Suri, SEAS '16, said while she does not have a problem with the research in bars, she would feel uncomfortable being observed in a dorm.

"That [observing people in a public space] is not an invasion of people's privacy, because it will be seen by someone else inevitably," Suri said. "A private party is different than a bar. You're inviting your friends, and you're trusting people that they trust. It can get a little hazy."

Khan, who along with Hirsch does not enter student residences, said that the other ethnographers will always leave an environment if the student who controls the space does not want them there.

But the situation is not necessarily the same for a student attending a larger gathering who does not want to be observed.

"If it's a place with 60 people in a space and one person says they don't want to be observed, they won't be observed, but in all likelihood the researcher would stay," Khan said.

Armstrong said that even if students do not control a space, they should be able to request that the researcher leave.

"If you are in a public space anyone can observe what you do, but that's not true if you're in a party that's supposed to be people from your own residence hall," Armstrong said.

The ethnographers are not mandated to report anything they hear from students in the field, but they rely on an emergency protocol to intervene in potentially dangeours situations.

"If they [the researchers] can make a positive intervention, they are required to," Khan said. "We would rather destroy their capacity to ever do research again if it means stopping a sexual assault."

While Armstrong said she is optimistic about the level of detail the study will provide, the nature of the research elicits difficult circumstances.

"These researchers are very well-equipped to respond in a professional, confidential way, but it's tricky," she said. "If you're studying risk, you may do things that are risky."