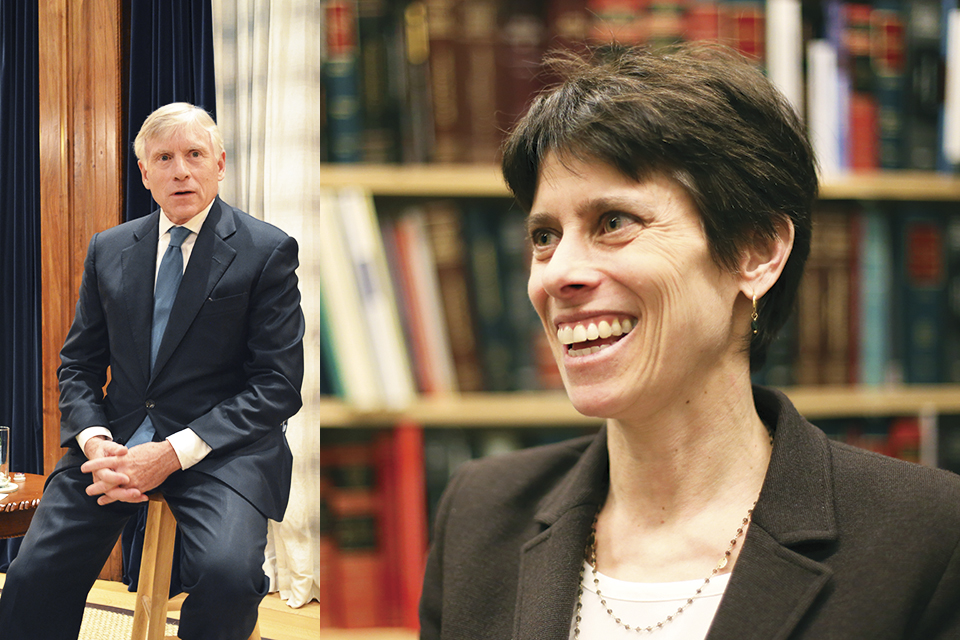 After the University Senate passed the Rules of Conduct—the disciplinary code that governs campus protests—the senate executive committee quietly made new revisions to the rules, amending the language detailing who could serve as the rules administrator.

The amendment to the rules, which was made without formally notifying the senate at large, will allow University President Lee Bollinger to appoint Executive Vice President for University Life Suzanne Goldberg to the role of rules administrator—an impending appointment confirmed by multiple administrators, including Goldberg herself.

The executive committee said they were able to make this change using their executive power after deeming that the amendment would be "noncontroversial." The committee had previously said they could not include a media carve-out in the rules after they had passed because it would be controversial.

For many students, Goldberg's appointment to the position would be the realization of concerns raised at rules town halls last year, as students argued that administrators should never be involved in the adjudication process of a student who protested them.

"How can we expect, given the situation, administrators and deans to uphold free speech of students that directly criticizes them?" Ben Wilcox, CC '17, asked at a town hall last October, citing the No Red Tape protests as an example.

In her role as executive vice president for University Life, Goldberg oversees matters that have proved to be particularly contentious in the last year, most notably the University's response to sexual assault on campus. Goldberg herself unveiled the controversial Sexual Respect and Community Citizenship Initiative last semester, which drew widespread criticism from undergraduates and was protested by over 450 graduate students.

When the senate passed the Rules of Conduct last May, it stipulated that the rules administrator would come from the Office of the Provost. The last rules administrator, Stephen Rittenberg, who retired in May, had served in that office in his role as vice provost for academic administration.

But over the summer, the executive committee quietly decided to change the language in the rules, amending it so that the rules administrator would come from the office of University Life. When the trustees confirmed the Rules of Conduct this October, the change was finalized.

"It seemed, given the distribution of skills and knowledge, the best place to put the rules administrator would be in the executive vice president for University Life office rather than the provost's office," Provost John Coatsworth told Spectator in a phone interview.

Coatsworth added that the rules administrator had been in the provost's office "for purely circumstantial reasons for many years," and pointed to Goldberg's background in law and activism. Goldberg is also a professor at the Law School, where she specializes in civil rights, civil procedure, and gender and sexuality law. 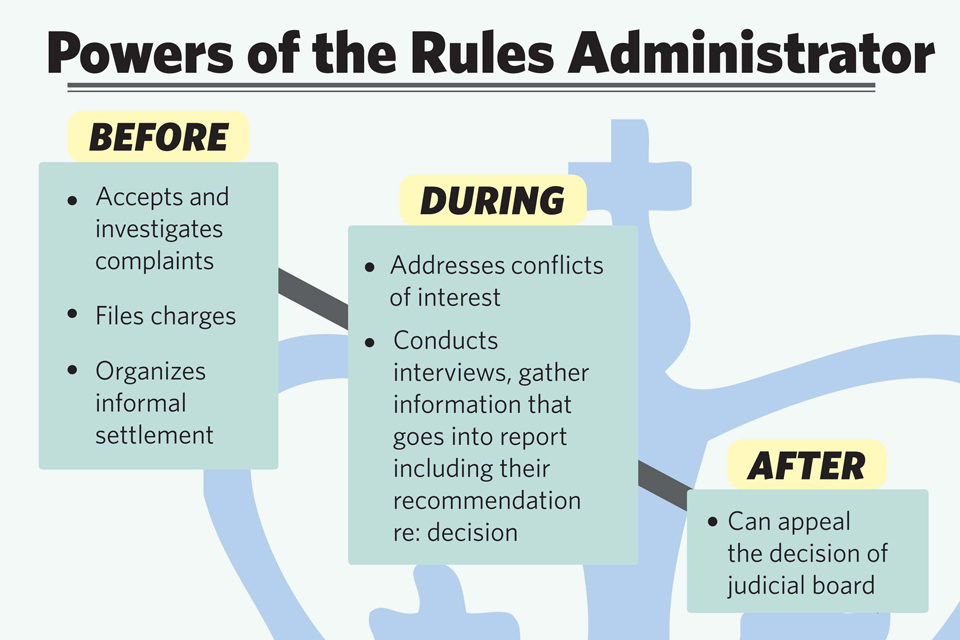 "When we asked the question, 'Who can do this best? Who spent their lifetime in the law in civil rights and other issues related to it?', Suzanne Goldberg was the logical choice for the rules administrator," Coatsworth said.

Members of the executive committee maintained that they were within their rights to amend the rules after the Senate had passed the rules because the change was "noncontroversial," despite the fact that it was a fear students had raised at past town halls.

But when asked about the concern that conflicts of interest could arise if a student accused of violating the rules had protested Goldberg's office, O'Halloran declined to comment.

"People are going to have their opinions on that," O'Halloran said.

Marc Heinrich, CC '16 and the chair of the Student Affairs Committee, said that he didn't think the change would incite controversy.

"I don't think there were many convincing arguments for why it should remain with the provost's office," Heinrich said. "It's important whenever you have positions like this that are making these big considerations that it's as student-connected as possible."

But students interviewed by Spectator said that the change was far from noncontroversial.

"It seems like a pretty basic violation of conflict of interest if students are protesting her office," Joseph Rosales, CC '17, said.

The issue is particularly salient for students in activist groups like No Red Tape, who in the past have protested the University's sexual assault policies.

"She is responsible for a lot of policies here on campus and students haven't been super happy with those policies, and I think there should be a space where we're able to speak out on that without fear," Michela Weihl, BC '17 and a No Red Tape member, said.

University Senator James Applegate, astronomy professor and a member of the executive committee, said that the committee had thought naming Goldberg to the role was "sensible." But upon reflection, Applegate said he thought the activists' concerns about conflict of interest raised a good point.

"I think we probably thought that the Office of University life was the office most closely linked to students and seemed to be the most ostensible place to put it, and the powers that be wanted it there," Applegate said. "But that could be a reasonable complaint."

Jonathan Kroah, CC '16, said that he understood activists' concerns, but didn't think Goldberg would use the position to punish protesters.

"If her goal was to put people through the adjudication process to get them to stop protesting, how effective would that be if they didn't violate a rule? What would be the point of that?" Kroah said. "I mean, I guess I get what they're saying and it's somewhat of a concern, but absent any evidence she's retaliating against the activists, I don't know."

Heinrich agreed, and pointed to the role of the five-person adjudication board, which ultimately determines whether a protestor has violated the rules.

"The hearing panel could decide that there's no case—even if the rules administrator wanted there to be a case—and the case is done," Heinrich said.

After the leaders of the Senate quietly amended the rules over the summer, invoking their executive power, the senate body was never formally notified of the changes. Spectator spoke with both faculty and student senators who, at the time of publication, were unaware of the change.

"While we were made aware of the revisions to the rules of conduct, [the change] was certainly not emphasized and it's disappointing that it wasn't pointed out that the rules administrator was shifted from the provost's office to University life," a senator, who asked to remain anonymous out of fear of retaliation by Senate leadership, said.

O'Halloran said that the failure to formally report the change was an "oversight." At September's plenary, O'Halloran listed the uses of the executive committee's power over the summer, but failed to include the change to the language concerning the rules administrator.

"It was mentioned—what I realized subsequently was in the write up, in the synopsis, it was not reported," O'Halloran said, referring to an announcement made at September's plenary listing executive actions the committee took over the summer.

Weihl said that the executive committee should have communicated to students that they were considering changing the rules.

Another issue potential protestors might encounter is that within the rules, if a respondent believes the rules administrator has a conflict of interest, they must submit a written request to the "office of the executive vice president for University Life."

"Whoever would handle that would still be under her," Andrew Loso, CC '19, said. "There should be a separate process."

University Senator Sean Ryan, CC '17, said placing the rules administration in the Office of University Life was a "structurally sound decision," but thought concerns surrounding the process to lodge a conflict of interest complaint were valid.