New replacement policy prevents further decrease in faculty size, but does not replace vacancies before implementation

New replacement policy prevents further decrease in faculty size, but does not replace vacancies before implementation 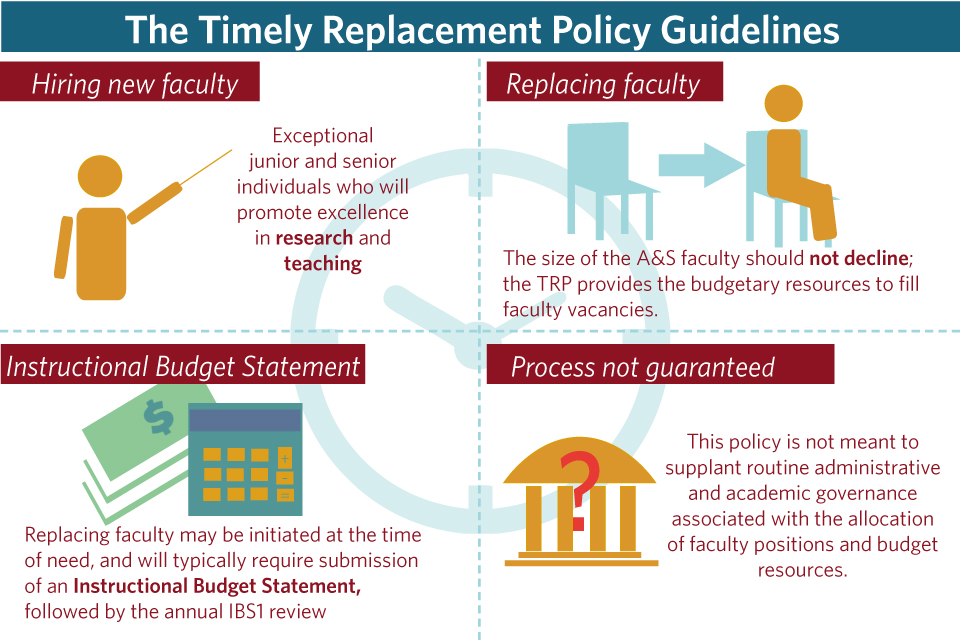 Assistant professor of English and comparative literature Anahid Nersessian left Columbia for the University of California at Los Angeles in 2014.

"It was a great hire, and we all felt very disappointed when she left," English and comparative literature department Chair Sarah Cole said.

Soon after Nersessian's departure, Cole followed the procedures necessary to request a replacement hire from the Faculty of Arts and Sciences. But to her dismay, the department's request was denied.

"Not to be able to say, 'Okay, we're going to go out and replace that,' makes one feel as if the department's just going to start to shrink and wither away," Cole said.

The size of the Arts and Sciences faculty has fluctuated over the past 10 years and decreased over the past two years to about 553 members from its peak of about 558 members in the 2013-14 academic year. Given that most faculty members teach between two and four courses per year, a loss of five faculty could potentially translate to a loss of 10 to 20 course offerings each year.

Before the establishment of the policy, which allowed for 21 authorized searches this year to replace vacancies, there was no specific time frame for the administration to replace faculty who had departed, or any guarantee that the FAS would get a replacement. Because of this, FAS departments were often left wondering if and when they would be able to hire new faculty members after retirements, unsuccessful tenure cases, or other faculty departures.

"It led to a sense of insecurity about whether you could continue the same curriculum," said Pamela H. Smith, Seth Low professor of history and former history department chair. "You wouldn't be able to offer the classes that you needed to offer for the ways in which the fields in the department had been set up and were conducting themselves."

The Policy and Planning Committee of FAS initiated discussions in fall 2014 to formulate a plan that would address this problem, and the Timely Replacement Policy was finalized and implemented in the spring.

"We've been in this kind of stasis, and so there was no firm policy for how departments were to recover or to grow,"Haruo Shirane, chair of the East Asian languages and cultures department, said. "So this [the Timely Replacement Policy] is really good because it allows the most important positions to be filled in a timely way."

But a major concern for department chairs is that the policy is not retroactive, meaning that any faculty departures prior to the time the policy was implemented are not guaranteed to be replaced. In FAS, 18 of the 27 departments have a lower number of faculty than they did at their peaks over the last 10 years.

Given that the normal course load for each professor is four per year, departments that lost several faculty members prior to the implementation of the policy struggle to maintain course offerings. 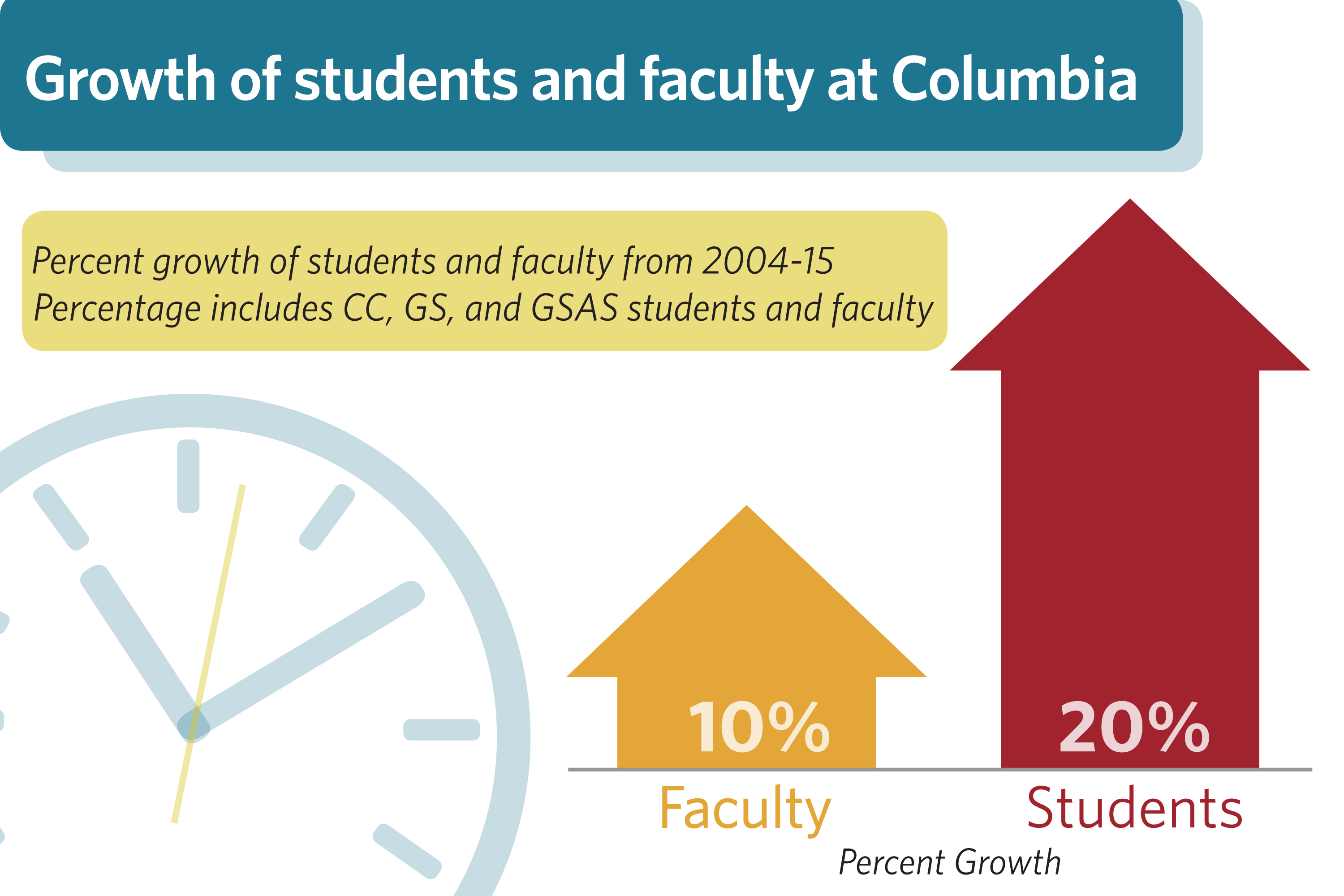 Page Fortna, political science department chair and a member of the PPC last year, said that this is particularly discouraging for departments that lost a significant number of faculty members immediately before the 2015-16 academic year. The political science department lost two faculty members due to unsuccessful promotion cases immediately before the policy was implemented, according to Fortna.

The growth in political science majors is consistent with a 20 percent increase in student enrollment Columbia College, General Studies, and the Graduate School of Arts and Sciences since 2004, whereas the number of faculty members has only increased by 10 percent, according to data collected from the Office of Planning and Institutional Research and the Office of the Dean of Arts and Sciences.

Similarly to the political science department, the English department has lost faculty in recent years, with about 44 members currently—a drop from the peak of 48 members before the 2008 recession. Cole believes that although the policy is definitely a step in the right direction, it does not do enough to help many departments that face a similar problem.

"If Timely Replacement cannot be retroactive, then no, I don't [believe it is enough]. … Does Arts and Sciences have a responsibility to help rebuild faculties that lost people before timely replacement? I would say the answer is yes," Cole said.

Some faculty members were also concerned that, while the policy ensures that size of the Arts and Sciences faculty will not decrease on the whole, it does not ensure the same for each individual department.

"The idea that someone might retire and then we might not be able to replace that person within the department is very worrisome because we need all the people that we've got, and we need more," said music department Chair Susan Boynton. "We need more even to cover our required classes. Everybody felt a little bit worried about that idea."

Some department chairs also worry that having a minimum faculty requirement will impede departmental growth, as funds are not allocated for hires beyond the baseline number of faculty under the policy.

Jesús Velasco, chair of the Latin American and Iberian cultures department, is particularly worried about this issue in terms of departments like his, which aim to expand and would ideally hire additional faculty members.

"What if my department is not yet where it should be? Then are we going to get new lines, new positions?" Velasco said. "Some departments will, but most won't. They will only be able to replace."

But most department chairs agree that, although the policy has apparent flaws, it is an improvement to the old replacement process.

"The principle, I think, is a great thing to acknowledge that when people leave, that there is a mechanism by which to replace them," physics department Chair Michael Tuts said.

Moving forward, some department chairs would like to see the policy improve and address each department's need for growth and retroactive hires.

"It's better than nothing," Shirane said. "I think it's a step in the right direction, and something has to build on it.