Hundreds of students attend speak-outs in solidarity with Yale, University of Missouri

Hundreds of students attend speak-outs in solidarity with Yale, University of Missouri 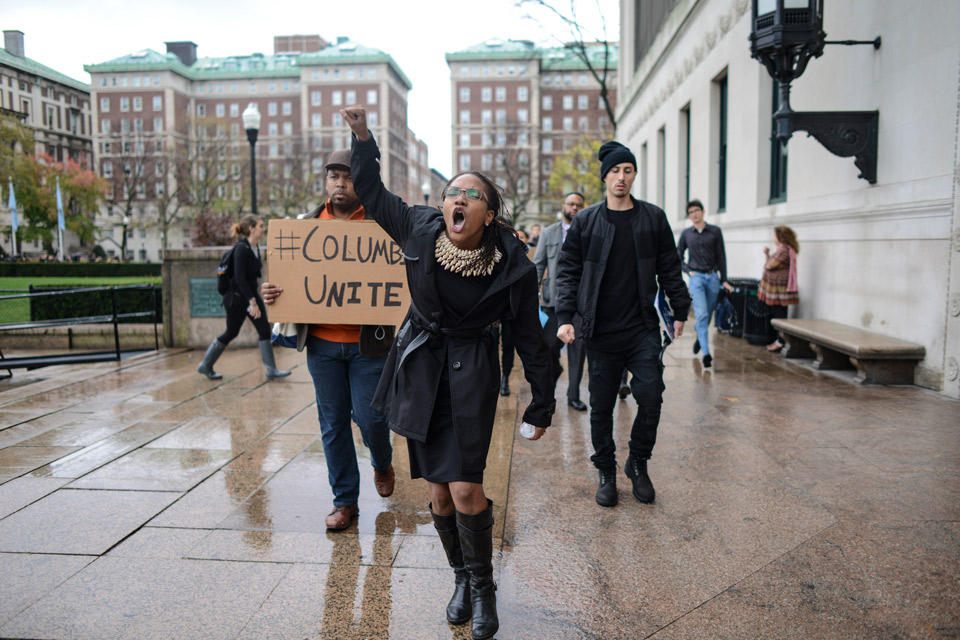 Students participated in a day of nationwide solidarity with black students across college campuses.

On a day of nationwide solidarity with black students across college campuses, the message from black students at Columbia rang out: "We here, we been here, we ain't leaving, we are loved."

Black student activists from several groups led a speak-out at the Sundial on Thursday evening that focused on black students' narratives in response to terrorist threats toward students at the University of Missouri and Howard University, racism at Yale and Ithaca College, and a general underlying feeling of insecurity among black students across college campuses. 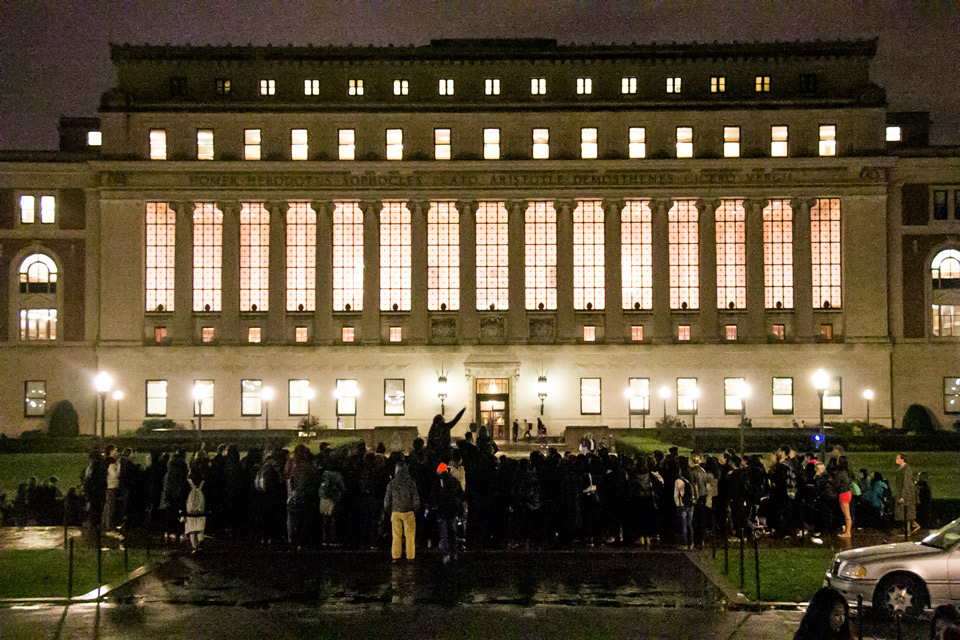 At the University of Missouri, student protests led to the resignation of both the university's president and chancellor.

Meanwhile, at Yale, controversy erupted over a fraternity allegedly denying entry to an event to female students of color, as well as an email to students from an administrator regarding cultural appropriation in Halloween costumes. 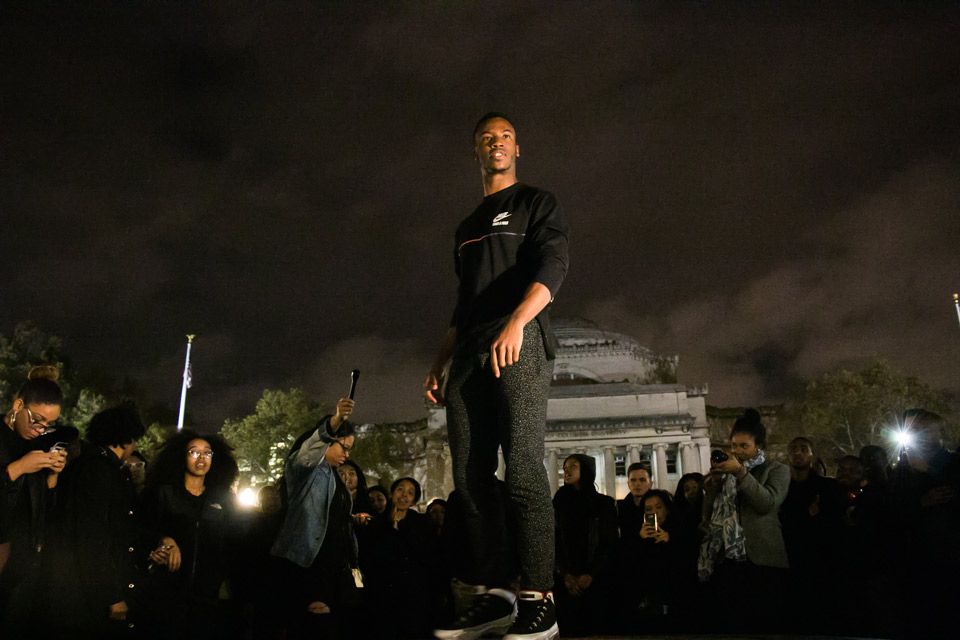 While students at Columbia spoke about a host of issues—including both personal experiences with racism on this and other campuses and racism's manifestation in the lives of people of color, black people in particular—the point most reiterated on Thursday was that the feelings of Columbia's black students and black students everywhere are valid.

"I'm talking about this with people of color, and they get it—we all get it," Hannah Eyob, BC '18, said. "And then I get out of those circles, and it's not in conversation anymore."

"This is happening. It just feels like I have this stack of evidence, but every time, they're like, 'I don't understand this language' or something," she said. "That feels pretty exhausting." 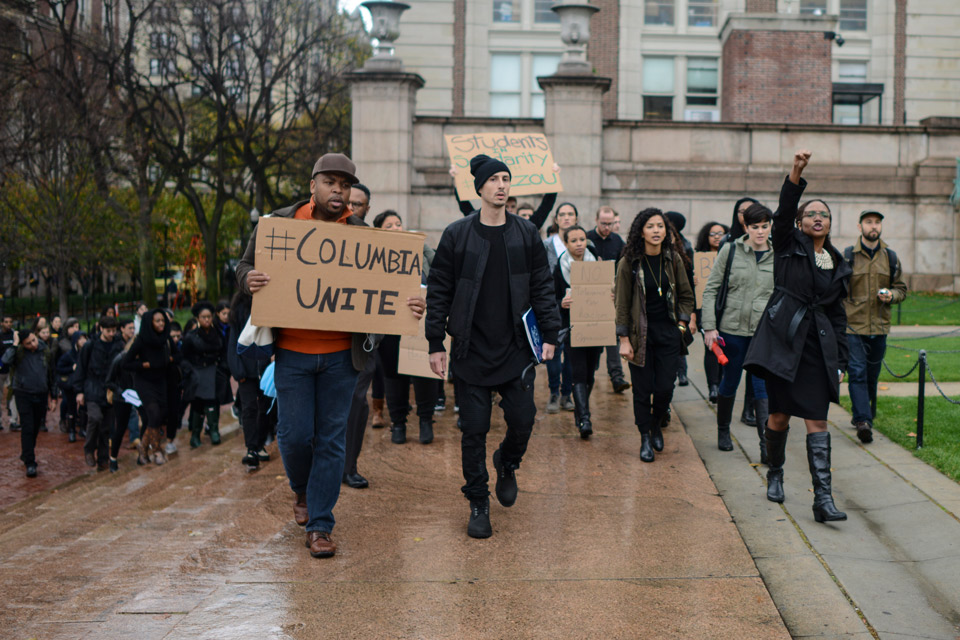 Students stated repeatedly that, above all, this was a time for black students and allies to amplify black student voices.

Students also addressed the discrepancy between the desire at universities to have diverse student bodies in order to meet diversity quotas and the lack of resources, outlets, and support for students of color once they arrive on these campuses.

"Micro- and macro-aggressions are a salient part of institutions that weren't built for us," Leah Hairston, a first-year at the School of Social Work, said.

"If schools have opened their doors to us, they need to embrace everything that comes with that. That includes having the conversations about 'the way that you're treating me is dehumanizing and you need to address it,'" she said.

Many students also criticized what they described as the University's lack of administrative support following traumatic events.

"It's really getting to a point where–for students of color and allies, it really can be traumatic to hear of students fearing for their lives and see videos of brutality–all of these things are traumatic," Evy Exime, CC '17, said on Wednesday. "It's really taxing people's mental health. I would really love to see Columbia say, 'if you need help, here's some resources.'" 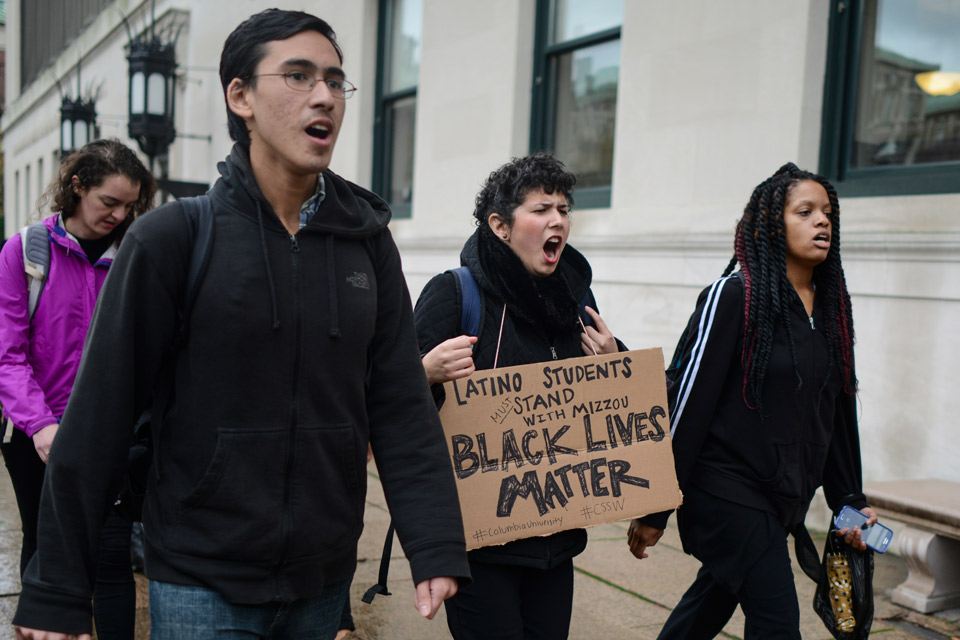 In addressing these issues last year, administration came under fire for its delayed response in the wake of the non-indictment decisions in the cases of the officers involved in the deaths of Eric Garner and Michael Brown.

This year, the response came sooner, with an email from Barnard administrators Thursday morning.

The email from President Debora Spar, Dean of the College Avis Hinkson, and Provost Linda Bell was followed up later in the day with a conversation among students, administrators, and faculty. Spar began that event by expressing the administration's desire to better the school's ability to provide support for students of color now and moving forward.

Spar also said during the discussion that Hinkson and Bell were considering cancelling classes for a day or half a day and having students and faculty attend mandated diversity sensitivity training instead.

"I'm sure we don't do everything right all the time, so the more we can hear from your perspective about what's working, what's not working, what we could be doing better, how we can make this a more inclusive, diverse, comfortable, productive campus for all members of our community," Spar said, "the more we can try and do." 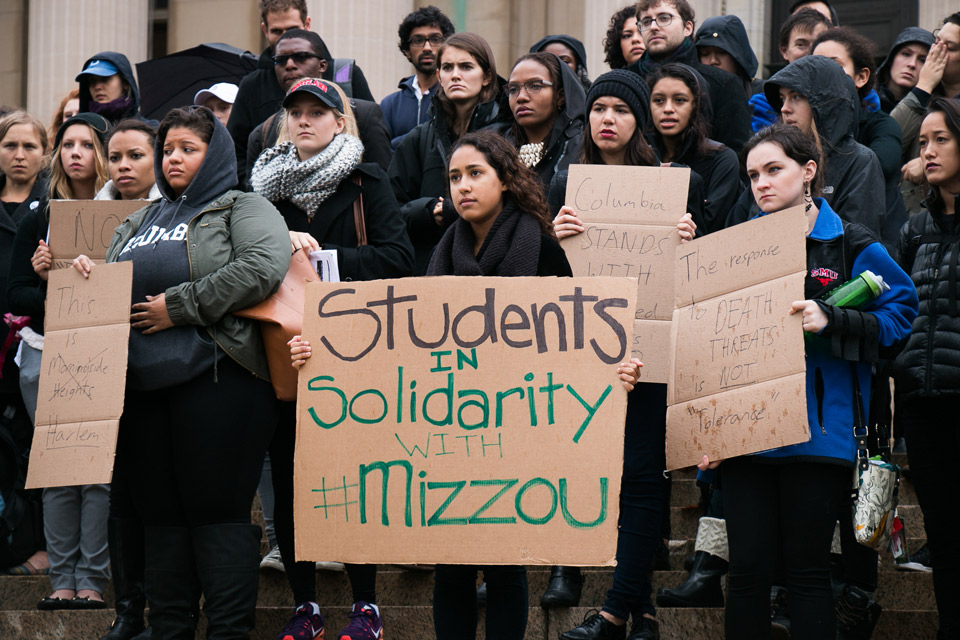 Student leaders and attendees expressed appreciation for the administration's speedy response and for holding a discussion. Still, they emphasized the need for comprehensive, mandatory diversity training.

University President Lee Bollinger sent an email to Columbia students nearly two hours after the end of the rally.

"At Columbia, we have a long and deep commitment to overcoming racism, on our own campus as well as in the broader society; a steadfast belief in the value of free expression, even when offensive or dangerous; and an equal determination to bring reason, respect, and empathy to our interactions with one another.  We do not need events elsewhere to remind us of these basic values, which when embraced strengthen our capacity to work toward a more tolerant society. But in moments like these it is vital that we reflect upon and reaffirm them through our actions," the email said.

The Office of Multicultural Affairs also posted a statement offering students a safe space to talk on its Facebook page.

A Columbia College spokesperson referred Spectator's request for comment—which was sent at approximately 7 p.m.—to the Facebook status, which was posted at about 8 p.m. 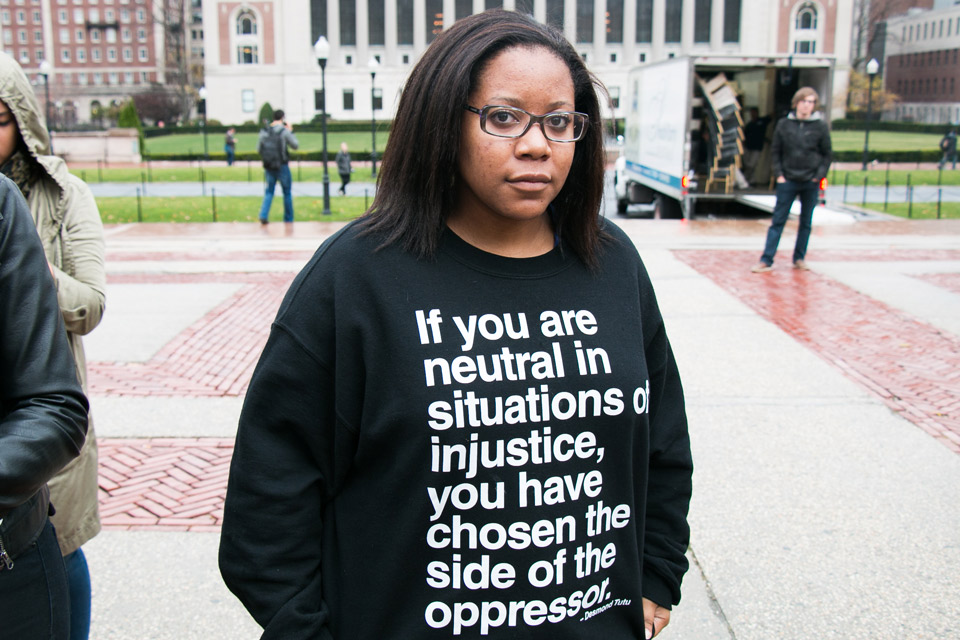 Aurra Fellows, a graduate student at the School of Law in her third year.

But students at the Sundial speak-out said that increased understanding of the issues facing black students might not be the reason behind Barnard's improved response time, nor the larger crowd that gathered this year in comparison with a similar protest last year.

Students said that it could be easier to support fellow students rather than support a black person who was killed while engaging in a criminal behavior, as in the case of Eric Garner, who was selling loose cigarettes on a street corner when put into a chokehold by NYPD.

At noon, students from Teachers College led a demonstration and speak-out on Low Steps that was also attended by undergraduate students.

Throughout the day's events, students continued to articulate that black feelings matter and that black voices belong at the frontlines of this conversation.