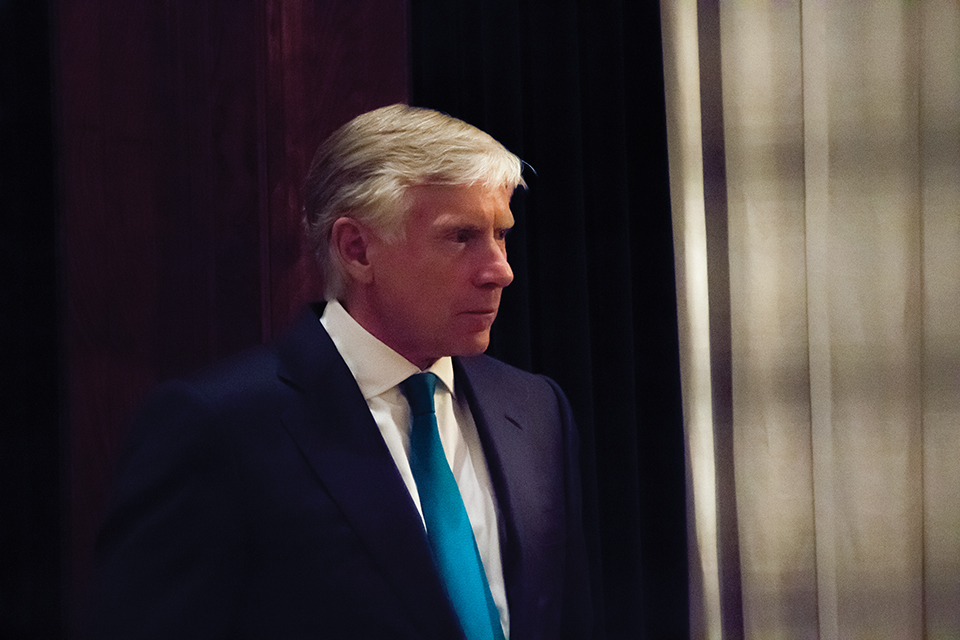 As University President Lee Bollinger hosted the semester's first graduate student fireside chat on Wednesday, a small group of students marched from Low Steps to his home to protest issues facing students of color on campus.

At the chat, Bollinger discussed a variety of issues, including diversity in higher education, a lack of national funding for arts, and disparities in funding and cohesion between schools.

On race at Columbia

Following a question concerning the future of race relations on Columbia's campus, Bollinger reaffirmed the University's devotion to diversity, but commented on the remaining presence of discrimination in society.

"If you look at public school systems across the United States, many of them are more segregated today than in 1960 or at the time of Brown [versus Board of Education]. We now see that there are issues with police departments in communities—African American communities and minority communities," Bollinger said. "And if you look at society broadly, you know that there's still discrimination. You know that there's still an inherited system that is disadvantaged for some people in the population."

While Bollinger acknowledged the existence of discrimination, he also commented on his pride in the diversity at Columbia.

"I'm very proud that we, within the Ivy League, within private universities, we are one of the best—and the best, according to a recent magazine that reports on these issues, in terms of our racial and ethnic diversity," Bollinger said. 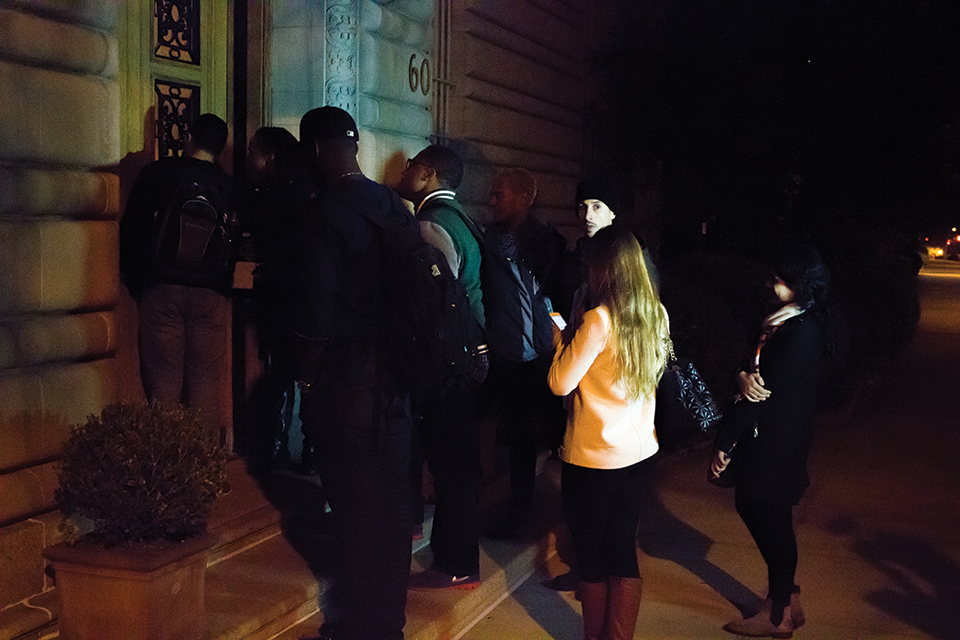 In contrast to Bollinger's remarks, a small group of students led a march from Low Steps to Bollinger's home. The students left a letter on his door that stated that they had come to address a number of issues facing communities of color on campus.

"We've started the process of drafting the demands today," Brandee Blocker, Law '17, said. "On Saturday, we're meeting with members of undergraduate organizations to add those to the list of demands so we can actually have one set of unified demands the next time we come here or another major action like the tree lighting ceremony."

Earlier in the afternoon, they held what they said was a coalition-building meeting, which drew a crowd of around 20 people, including students from undergraduate colleges, Teacher's College, and the School of Social Work, as well as local activists.

"Concerned students of Columbia University are appalled by your failure to live up to your so called 'long and deep commitment to overcoming racism on our own campus as well as in the broader society,'" the letter read, referencing an email Bollinger sent to the University community.

"You cannot insulate yourself with your silence," it continued. "Despite efforts to keep us divided and conquered, the students of color on campus are coming together to stand united."

Funding of schools in the Graduate School of Arts and Sciences

When questioned about why doctoral students pursuing degrees like journalism and sociology receive greater funding than those studying subjects like social work, Bollinger agreed that disparities exist in financial strength within different schools in the University.

One example Bollinger gave of these differences in funding was financial aid in undergraduate schools.

"The students in the college receive extremely good financial aid—it's a need-blind system and very, very generous system, I think." Bollinger said. "But if you're a GS student, you don't have anything like that really. If you're an international student, we don't have funds for that."

Bollinger explained that differences in financial strength among schools stems from Columbia's decentralized budget model, which allows each school to keep revenues generated from fundraising and tuition.

"We have allowed the schools to have their own fundraising operations," Bollinger said. "They have financial autonomy."

Bollinger added that this model allows schools like the Business School and the Law School to exist in a place of increased financial strength.

On the role of the School of Arts

Rory McGregor, SoA '17, asked Bollinger what role the University played in the arts, especially given that the arts receive little funding from the federal government.

In response, Bollinger described his appreciation for the School of the Arts and his desire to incorporate the school into the Manhattanville Campus.

"I wanted the arts to be one of the first institutions to go there," Bollinger said. "We raised the money for it—it was very, very difficult."

However, Bollinger explained that on a national level, the arts are not supported as substantially as he would like to see.

"Universities are very, very successful institutions in the United States, and they're fundraising powerhouses. The arts are not, and we don't have a country that gives large subsidies to the arts in the ways that European countries do," Bollinger said. "And so my feeling has been that it really should be the responsibility of universities to actually raise money for arts—as you can imagine, a lot of people don't like that because universities also feel starved for resources."

On cohesion among schools

After a concern was voiced about the difficulty of pursuing academic study across schools, Bollinger admitted that a lack of collaboration between schools at the University was an apparent issue.

"This is something that we really, really need to work on in Columbia. We just have not," Bollinger explained. "As some of you may know, I teach a course to undergraduates on freedom of speech and press every fall. One time, I tried to have a course that would be law students, journalism students, undergraduates, SIPA. It just became impossible. Everybody had to have different grading systems, different registrations. And we keep working at this, and I keep asking people, but we really, really are not where we should be. It's just a fact."