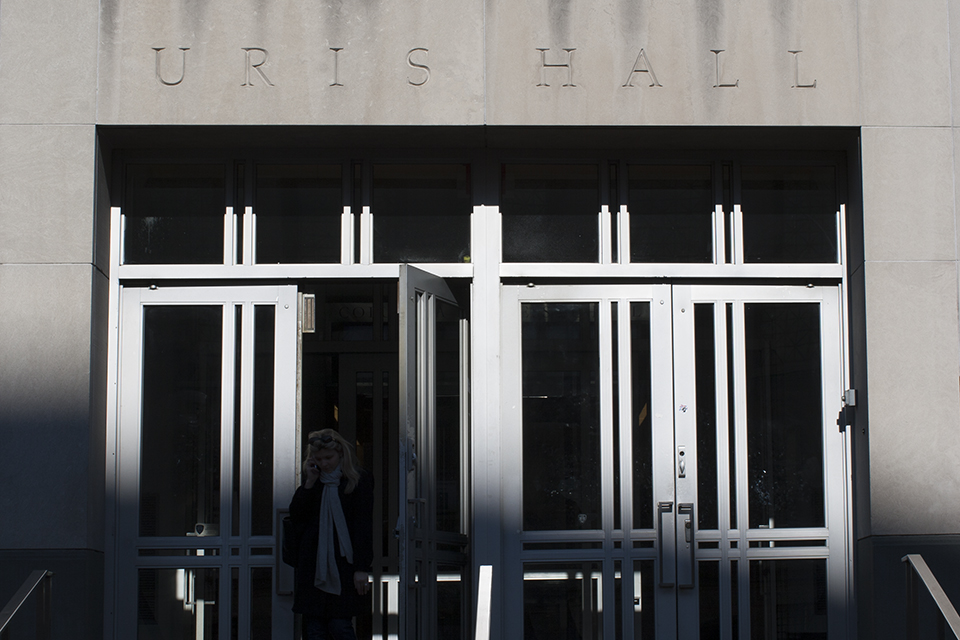 When the Columbia Business School moves to Manhattanville, University Presdient Bollinger has promised that the Arts & Sciences will get Uris.

University President Lee Bollinger has promised Uris Hall to the Faculty of Arts and Sciences, which comprises five of the University's schools including Columbia College and the School of General Studies.

The Business School is expected to move to the new Manhattanville campus in the next six to seven years, leaving Uris—a building that boasts a capacity of over 120,000 square feet—unoccupied. The allocation is a significant contribution that will allow Arts and Sciences to address space constraints that have plagued faculty and departments for years, according to David Madigan, executive vice president and dean of the Faculty of Arts and Sciences.

"One of the single biggest constraints of what we do is space. So, we have a brilliant faculty, we have brilliant students. [ ] … [ ] We just don't have the space," Madigan said. "So, this is really a once-in-a-lifetime opportunity to address space in a big way, not just incrementally."

Arts and Sciences currently occupies over 820,000 square feet of net assignable space on the Morningside campus, according to a report compiled by Facilities. By giving Uris to Arts and Sciences, Bollinger hopes to fulfill his vision of making the five schools the centerpiece of the campus.

"I wanted to make the Morningside Heights campus really about A&S and about the college and about graduate students," Bollinger said. "It seemed to me that it should be their domain, and that the major professional schools should be located outside of this." 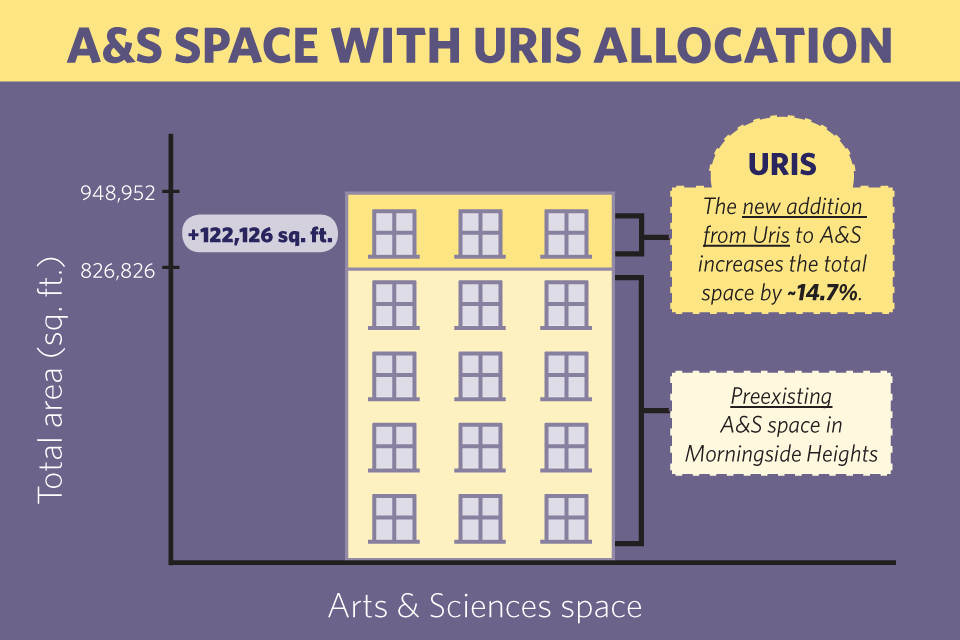 Though the Business School likely won't move for another six years, according to Bollinger, Madigan is in the process of convening a committee to begin assessing the space in Uris and how it will be allocated. The committee, which will be chaired by Madigan, will be comprised of administrators, faculty, and students.

According to Madigan, the committee will first learn more about the space in Uris and determine what renovations will be required. But in considering how to allocate the space, Madigan said that "nothing is off the table."

"Essentially, there are no boundary conditions here. It's not like we have already decided that, for example, economics is moving in there," Madigan said. "As we configure the A&S space, it is completely open right now as to what is the best use of that space for us."

For Rashid Khalidi, chair of the history department, Uris provides an opportunity to increase the number of classrooms and offices available to Arts and Sciences faculty.

"We need more space desperately. [ ] … [ ] There are not enough classrooms. Not just for history, for the University as a whole, and A&S in particular. And there are not enough offices," Khalidi said. "So, I would like to see it work out such that, whoever ends up going to Uris, that relieves some of the pressure on departments that don't have space, and we are among them."

But students also suffer from space constraints on the Morningside campus, CCSC President Ben Makansi, CC '16, said. Though Lerner Hall is intended to serve as a student center, students have complained that study spaces and meeting spaces have been eliminated as more administrative offices have moved into the building.

Makansi told Spectator that he hopes that some of the space within Uris will be reserved as student space, a possibility Madigan said will be considered.

"The fact that offices will be vacated in Morningside means that there's an opportunity to have a conversation about how space is being used on campus and what's going to happen to that space," Makansi said. "I definitely think that some of that needs to go to students and to student groups."

Ultimately, for faculty like Sarah Cole, English and comparative literature department chair, the decision to allocate Uris to Arts and Sciences is unprecedented.

"It's the first time since I've been here where anything like this has happened, where suddenly we might actually have a space. This is New York City, this is Columbia, there's no space ever, for anything," Cole said. "So, I hope that we do it right."