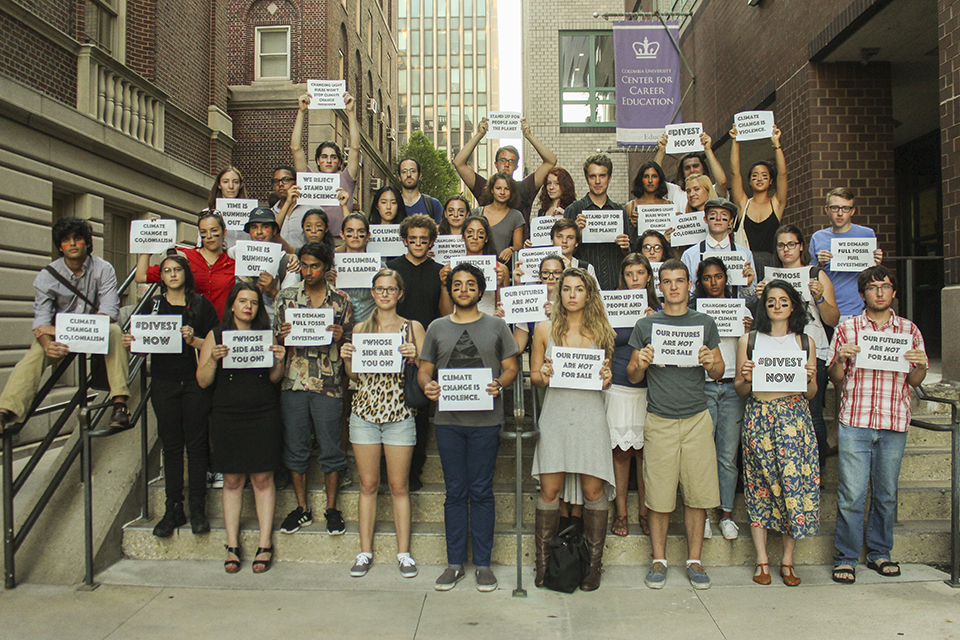 Rather than recommend CDCJ's proposal, ACSRI will likely push their own internal Stand Up For The Science proposal, a targeted divestment policy.

Following its rejection of Columbia Divest for Climate Justice's fossil fuel divestment proposal, the Advisory Committee for Socially Responsible Investing will refocus its attention on its own divestment proposal that seeks to target publicly traded companies that dispute the science behind climate change.

By the end of the academic year, the committee will identify a list of companies it believes engages in climate change denialism, and recommend that the university divest from them, according to ACSRI Chair Jeffrey Gordon. ACSRI had begun drafting the proposal, called Stand Up For Science, before CDCJ submitted its proposal to the committee, but paused efforts to weigh the group's proposal. 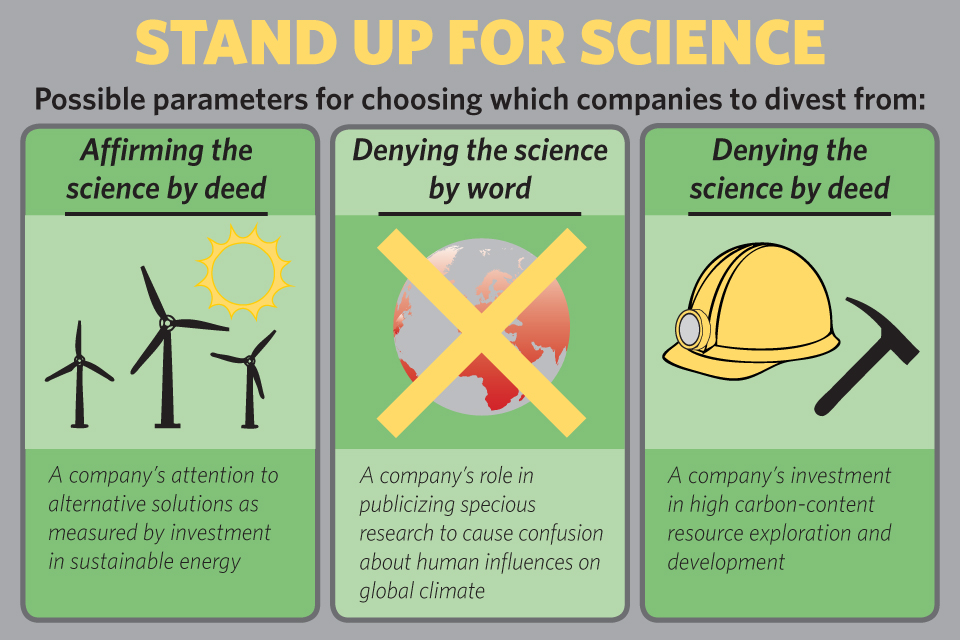 In its response to CDCJ's proposal, ACSRI said that steps advocated by the proposal—which called for full divestment from the top 200 publicly traded coal, oil, and gas companies by 2020—would be largely symbolic.

The committee establishes a series of tests that a divestment proposal must meet in order for ACSRI to recommend it. One of those tests is that divestment is more effective than other alternatives—a test CDCJ's proposal failed.

"A principal basis for the Committee's decision not to support the CDCJ petition is that it calls for broad-based divestment without regard to whether such divestment would affect the future behavior of any particular firm," the response said. "The strategy draws no distinctions based on the conduct of the firms in question, even where differences in conduct materially affect the firm's carbon burden."

In determining which companies to target in Stand Up For Science, ACSRI will examine  "a company's role in stirring up popular confusion about the scientific conclusions" and "a company's investment in high carbon-content resource exploration and development."

"The next steps are to engage with some of the experts and see if we can come up with some specific firms and make a recommendation in that regard," Gordon said. "We're looking most to try to find firms that we think fall into the category that have meaningfully denied the climate change science by word or deed not beginning with the firms that happen to be in the portfolio at any moment."

CDCJ has criticized the committee's approach as an an empty gesture.

"If ACSRI wishes to "stand up for science," however, they should stand up for the scientific consensus that 80% of the proven reserves these companies plan to exploit must be left underground," the group said in a statement.

According to Gordon, this approach was taken to avoid contradicting the University's own fossil fuel policies.

"Part of the University's effort to reduce its own fossil fuel footprint is to switch many of its heating units from oil to natural gas," Gordon said. "It seemed to us inconsistent with the general use the University makes of fossil fuels ... to endorse a broad based approach on the grounds that there's some deep moral objections."

The committee's response stated that climate change denialism was the main obstacle against compelling the government to address the problem of climate change.

"The denial of human agency in climate change is a first order problem in the climate change debate," the report said.  "It's the denial of the science that keeps us frozen on the tracks rather than engaged in the concerted actions necessary to jump away."

However, Steve Cohen, the executive director of the Earth Institute, told Spectator in October that the problem doesn't lie in the denial of climate science, but in the prioritization of it in the government's agenda.

"The science of climate change is not contested by scientists and increasingly accepted by the average person… Even the majority of Republicans accept climate science and think something needs to be done about climate change," Cohen said.  "If they want to make symbolic stands against fossil fuel companies, that has a certain value but that's not as important as what needs to be done to save the planet, which is to know more and to develop the technologies to ensure that we can survive."

Yet Gordon said ACSRI's research into companies engaging in climate change denialism would still be important in validating the Committee's position.

"We have to do the research to isolate the firms that specifically have engaged in the behavior that we're concerned about," Gordon said. "We want to be able to defend our position to the community and the trustees and the broader community that will pay attention to this."