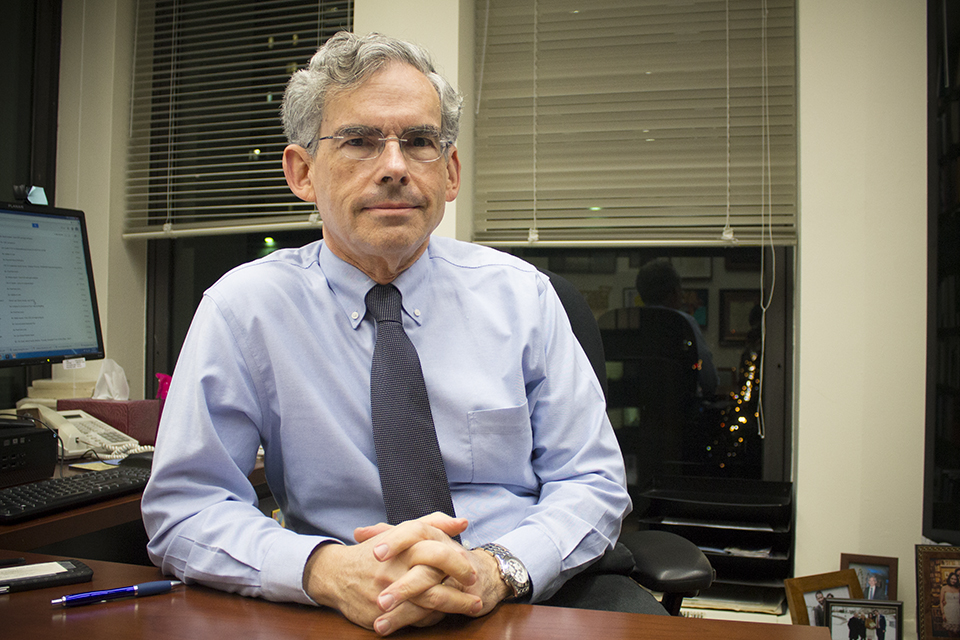 Professor Michael Gerrard is the director of the Sabin Center for Climate Change Law.

Three and a half thousand miles from Morningside Heights, Columbia professors are on the front lines of the international discussion about climate change policy.

Over two dozen Columbia graduate students and professors will attend the 2015 United Nations Climate Change Conference in Paris, which started this Monday and will last until Dec. 11. At the conference—known as COP21—world leaders from almost every nation will gather and attempt to come to a binding agreement to reduce carbon emissions.

There, many Columbia faculty members will share their thoughts and research on climate change and proposed policies to address it, in the hopes of achieving a transnational agreement that will keep global warming less than 2 degrees Celsius above pre-industrial levels.

Michael Gerrard, the head of the Sabin Center for Climate Change Law, said that Columbia research and work may help shape the outcome of the conference. In particular, he said that Columbia has the only "fleshed out" proposal regarding a facility to accommodate migration caused by climate change.

Similarly, Gerrard and other Columbia faculty have worked with the Legal Response Initiative, which helps advise developing nations on the legal aspects of potential agreements.

"The Sabin Center has become the North American hub," Gerrard said. "It's pro bono assistance to the least developed countries."

Other faculty, including outgoing head of the Earth Institute Jeffrey Sachs, will also be at the conference to work with and present their ideas to diplomats and world leaders.

Many of these faculty have expressed a cautious optimism toward COP21. While they believe that the nations will reach an agreement, they are skeptical about the results of such an agreement.

For John Mutter, a geophysicist in the department of earth and environmental sciences and the department of international and public affairs, there many promising signs that COP21 is not its predecessor, the Copenhagen Climate Summit. COP15 was widely condemned for its lack of legally binding language and its failure to secure unanimous agreement.

Mutter believes that one of the key differences between COP21 and COP15 is cultural, emphasized by Pope Francis' encyclical letter on climate change.

"I think the fact that Pope Francis has said the things he has is pretty significant," Mutter said. "I think a lot of people will pay attention to that, and they'll think they're somehow duty-bound to do something."

Other professors named additional differences, like China's changed leadership and the perception that climate change cannot be solved unilaterally, as factors that could make COP21 more successful at achieving its goals than COP15.

Although Gerrard said that he expects an agreement, he believes that the long-term, delayed nature of global warming could be daunting for reaching consensus and making progress.

"One of the devilishly difficult problems is that things that you do—even if they're very expensive—won't yield tangible results on the climate for decades to come," he said.

Other potential caveats are the legality of the agreement and how such a deal could be enforced.

"I don't think there can be anything legally binding on a multinational basis," Mutter said. "People will sign these things just because they feel like they have to, and then because there's no punishment—if you violate them, there's no incentive to comply."

Scott Barrett, a conference attendee, professor of natural resource economics, and vice dean of the School of International and Public Affairs has done research on the subject of the review process for pledges that nations make to reduce carbon emissions. In a recently submitted paper, Barrett reported the results of his model of the role of international peer pressure on a small scale.

"What this research shows is that the review process has an effect on what people say, but not what they do," Barrett said. "The idea was that peer pressure was going to cause more and more. Based on this research I've done, it won't, and it certainly won't do enough."

In spite of these qualms, Barrett doesn't believe that it's all "smoke and mirrors."

"I think there's real sincerity," he said. "There's no debate at this level about the seriousness of the problem."