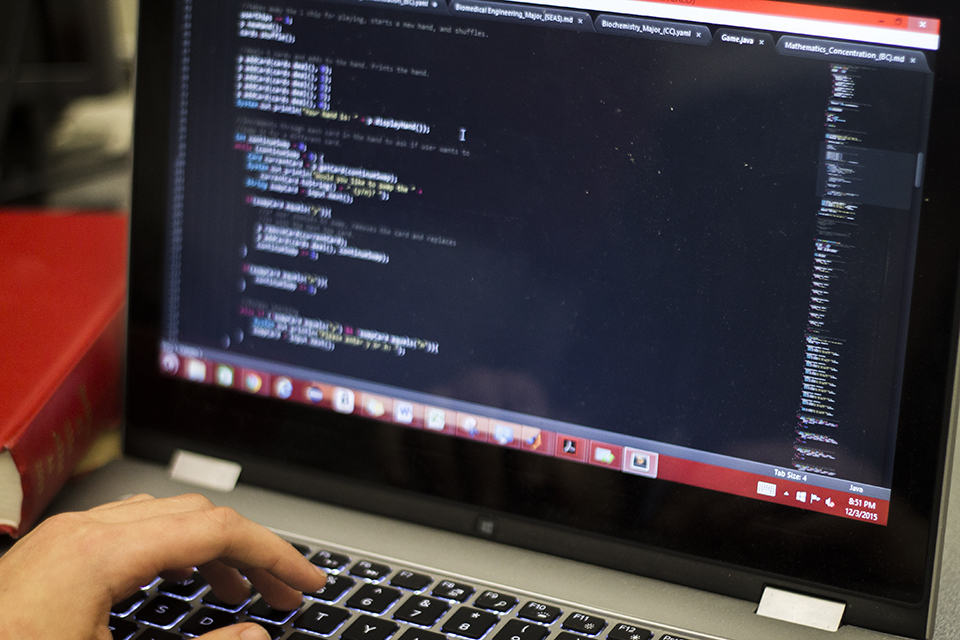 Barnard will have its first endowed computer science department chair by 2017.

Barnard lacks a computer science department, but the college raised $3 million to fund a chair specifically for the discipline that will ultimately lay the groundwork for a department. The chair announcement comes as Barnard increases its efforts to incorporate more science, technology, engineering, and mathematics into its curriculum.

Barnard students currently looking to major in computer science must do so through Columbia. Barnard only offers co-curricular digital design classes at the Athena Center that cannot be taken for credit.

Provost Linda Bell said students have expressed an interest in increasing both curricular and co-curricular activity around computer science on campus since she was hired three years ago.

Bell is currently in the process of putting together a search committee that will nominate candidates for the position. She anticipates that the committee, which will likely consist of Barnard faculty members in relevant departments—such as math—and School of Engineering and Applied Science faculty members, will be announced this spring.

The hiring process is expected to take another year, with the new department chair expected to be announced in either the spring or fall of 2017.

The position could potentially lead to a future computer science department at Barnard, which is currently in the early planning stages. Bell said it's unclear how separate Barnard's department would be from Columbia's.

"It really will depend on who we're able to hire and on their vision. Part of what makes this an exciting position for someone is that we don't over-define it," Bell said. "We're flexible and nimble so that whoever we get can help us to form a vision of what comes next.

But Bell said she would like to use Columbia's department as a jump start to building a complementary program.

She envisions the new department working in tandem with Barnard's new general education requirements, Foundations, as well as with the new Teaching & Learning Center.

Foundations, which will be in place for the class of 2020, includes one course requirement in "Thinking Technologically and Digitally."

"We're committed to building curriculum in the digital domain and in the computational science domain," Bell said.

In keeping with this commitment, the Teaching & Learning Center will feature a number of interactive technological spaces for students, including a computer science laboratory.

"The classroom spaces are going to be fabulous for promoting the kinds of courses that allow us to be at the cutting edge of digital technology today," Bell said. "I think it doesn't just speak to the CS issue. It speaks to changing the way pedagogy is done at Barnard, creating opportunities for really creative, even greater opportunities, I would say, for creative and innovative pedagogy."

Students interviewed said that building a computer science department at Barnard would address their current concerns about Columbia's program.

"Coming from Barnard, you expect certain things. You expect smaller classes, you expect more resources from professors," Javorsky, a prospective computer science minor, said. "People who come to Barnard for this liberal arts education aren't necessarily going to see it as that attractive to be in a class with 300 people for an intro class they don't even know if they're going to major in."

Bell and Barnard President Debora Spar have been working closely with students to develop support systems for those interested in computer science. One of those programs is a computer science help room specifically tailored for Barnard students.

"It's not all a sad story," Javorsky said. "They definitely are trying to increase resources."

In addition to the help room, Javorsky, Luo, and Nicola Kirkpatrick, BC '19, all said they felt well-supported by the teaching assistants in their computer science classes at Columbia.

"My TA, she walked me back to my dorm two weeks ago to try to convince me to stick with computer science," Kirkpatrick said. "And you know, that kind of stuck with me—not what she said, but the fact that she walked me back, because I was kind of having a hard time juggling the class with my actual classes for my major, and she was just very accommodating."

Kirkpatrick said she hopes that a computer science department at Barnard will help encourage more women to go into STEM fields.

Bell also said she hopes that the new department will help address the underrepresentation of women in STEM.