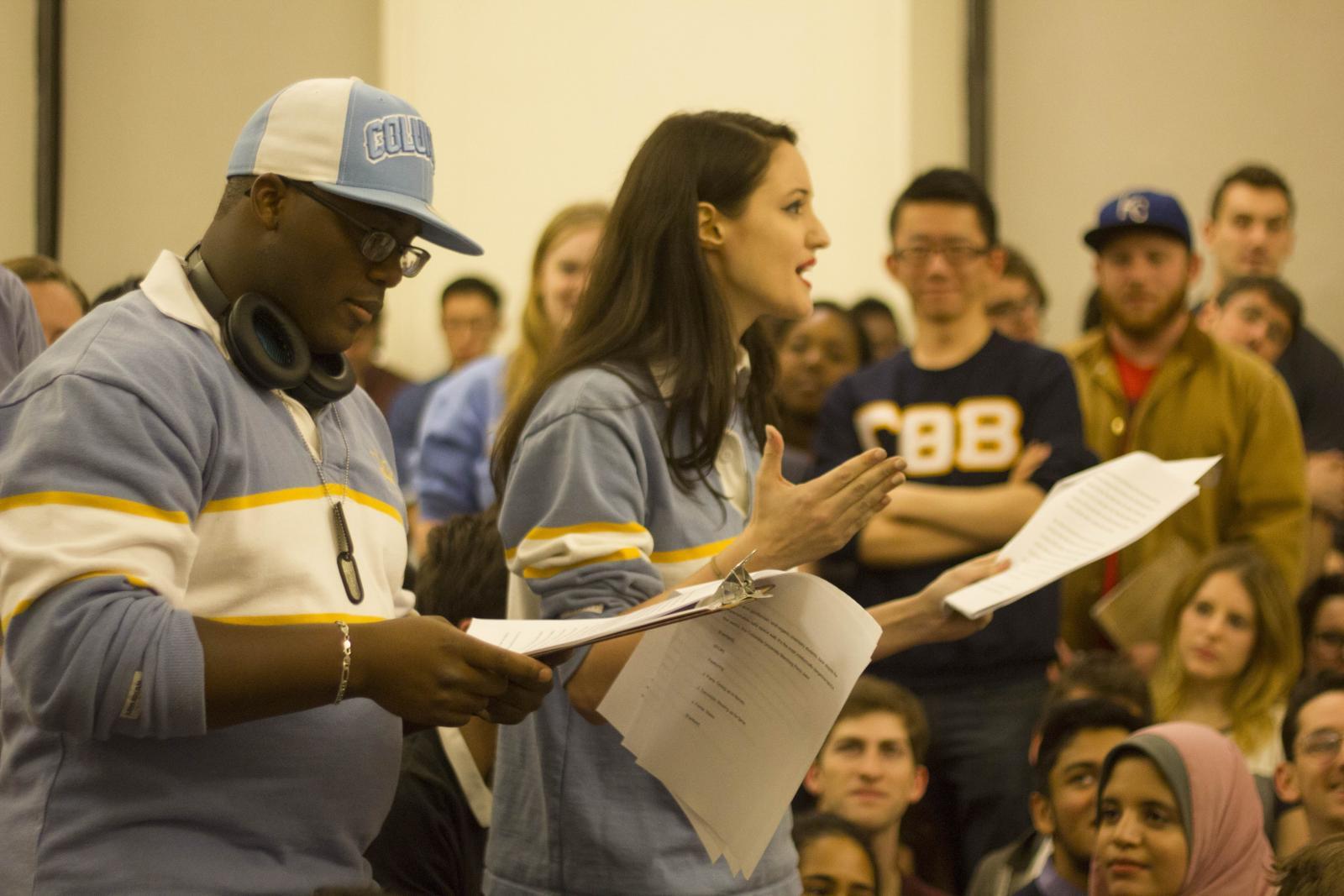 Hundreds of students filled Butler 209 for Orgo Night this fall.

The Columbia University Marching Band was removed from the Barnard Quad during its celebration of Orgo Night early Thursday morning.

Dean of the College Avis Hinkson had sent an email to Barnard students earlier that day notifying them that out of respect for students who find the Orgo Night material offensive or who want to sleep, the band would not be allowed to play on the Quad. This is the same policy Barnard adopted last spring, after the band was prevented from entering Barnard Campus altogether in fall 2014.

This semester, however, the band moved mostly unimpeded—and without playing music—onto the Quad, followed by one Columbia and one Barnard Public Safety escort.

The band began playing a rendition of "Dynamite" by Taio Cruz in the Quad as officers watched, before finally being interrupted by Barnard Public Safety and ushered onto Lehman Lawn. Students applauded from dorm windows facing the Quad as the band was escorted away, and the band later played a cover of "F*** You" by Cee Lo Green as it settled on the lawn.

When asked why the band was not stopped before it entered the Quad, Barnard Public Safety officers on the scene had no comment.

According to Liz Pudel, BC '18 and the band's Drum Major, playing on the Quad is an Orgo Night tradition for the band.

"We want to keep that tradition going, so that's exactly why we went there," Pudel said. 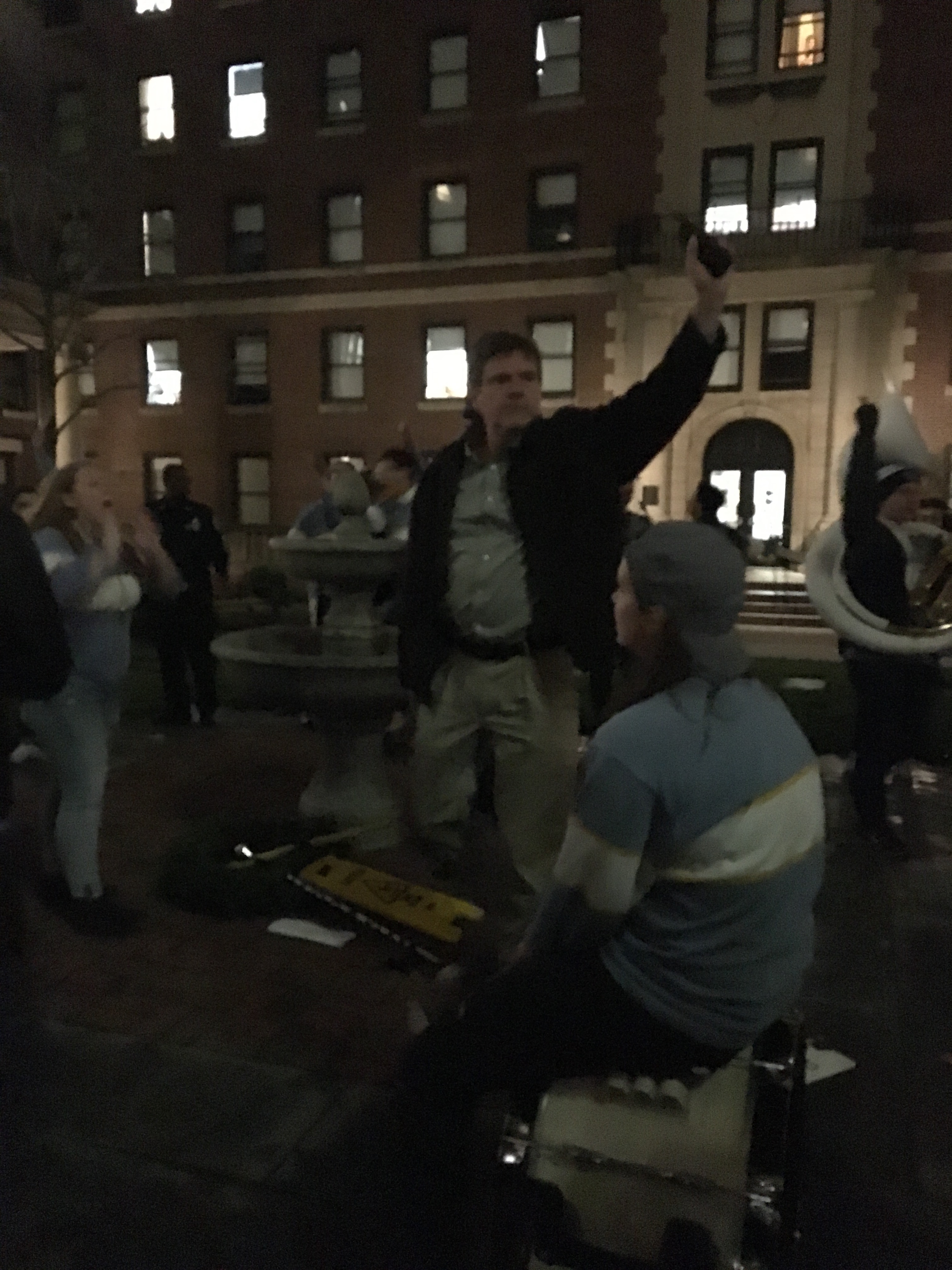 In addition, several band members noted that they were never formally notified of the Barnard administration's ruling to restrict their playing to the Lehman Lawn.

"The band actually wasn't emailed," Ben Hord, CC '18 and band spirit manager, said. "We had to hear through other people, which we feel was not right of the dean [Hinkson] to do. We feel like she should have emailed us, rather than just assuming that we would somehow find out."

Band members expressed some disappointment at the decision of Barnard's administration and its enforcement by Public Safety.

"I think it's unfortunate that they're tossing away tradition in order to accommodate what seemed like only a few students, whereas a large majority of Barnard is excited about the band's presence on campus," Ron Brown, GS '16 and an Orgo Night presenter, said.

Many Barnard freshmen came out to watch the band's performance on the lawn.

"I think the spirit of it is in good intent, and people need to realize that it's more a tradition for unity, and not something that's supposed to divide the community," Maham Karatela, BC '19, said. "Halting it altogether is impractical and it's hampering the student school spirit."